The former president's joint fundraising committee raised more than $4.1 million online in the weeks after his launch. 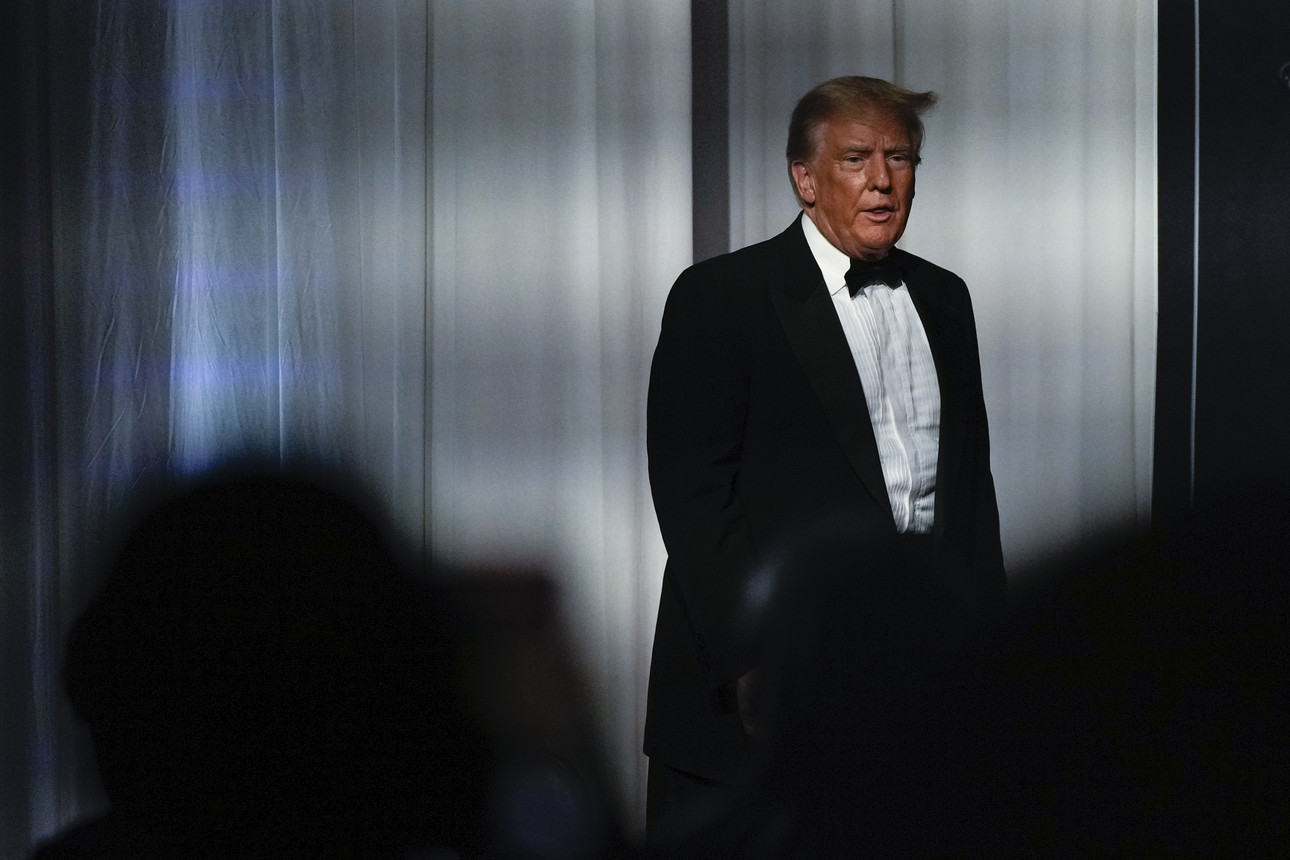 The main fundraising committee powering former President Donald Trump’s campaign raised more than $4.1 million online in the two weeks after he launched his 2024 bid — a sum that, while significant, lags well behind the eye-popping fundraising numbers he has posted in the past.

The former president’s digital fundraising efforts are detailed in the latest campaign finance filing from WinRed, the widely used GOP online donation processor. Trump, whose online fundraising prowess has set him apart from other GOP politicians, raised more than $850,000 for his joint fundraising committee on WinRed on the day of his campaign launch and more than $750,000 the following day, a POLITICO analysis found. Through Nov. 28, the committee raised more than $4.1 million via 108,000 distinct donations — an average of about $38 per contribution.

But Trump has raised more in the past. For example, the former president’s Save America Joint Fundraising Committee raised more than $1 million each day for two days via WinRed after the FBI searched his Mar-a-Lago property in August. Donors can also donate to Trump’s campaign in other ways, but WinRed donations have typically accounted for nearly all of the former president’s fundraising.

The former president’s campaign launch did come at an odd time for fundraising — namely, the week after a national general election, when donor engagement crescendos and then falls to a whisper before picking up again as the next election nears. But Trump had bucked those trends somewhat in the past, raising substantial funds in the aftermath of the 2020 election, for example, as he falsely claimed there was election fraud.

The fundraising data points in the same direction as recent polling and a swell of criticism from fellow Republicans who didn’t dare cross Trump in the past: The former president’s standing within his own party has been damaged as he faces legal troubles and the consequences of a difficult midterm for his endorsed candidates — and, more broadly, for his party.

But the millions he is socking away for a lengthy campaign also illustrate that he remains a powerful force within the GOP.

Nov. 15 and 16 were Trump’s best fundraising days of 2022 outside of the days after the FBI searched Mar-a-Lago for classified documents. He also exceeded $1 million in daily fundraising six times in 2021, with four of the six days coming in the lead-up to the Jan. 6 attack on the U.S. Capitol.

Trump is the only major Republican figure to formally announce a 2024 campaign so far, and his fundraising prowess could prove useful against a range of other possible candidates. Florida Gov. Ron DeSantis, former Vice President Mike Pence and former South Carolina Gov. Nikki Haley have all indicated in recent weeks that they are likely to forge ahead with campaigns of their own despite Trump’s early announcement.

After hinting he would run again since leaving office in 2021, Trump launched his 2024 presidential bid on Nov. 15. The announcement came just a week after a midterm election that proved disappointing for the GOP as the party failed to take back control of the Senate, with several candidates propelled through tough primaries by the former president’s endorsement falling short in the general election.

Trump’s ability to fundraise online via small-dollar donors has been a major advantage compared to other Republican candidates. He continued to raise unprecedented sums after leaving office in 2021, using the funding to support travel and rallies. Following grumbles from other Republicans that he was not doing enough to support the party, his group also funneled more than $15 million through a super PAC to support his endorsed Senate candidates in Georgia, Arizona, Nevada, Pennsylvania and Ohio, although Republicans ultimately won only one of those five races.

Trump’s super PAC notably did not spend ahead of this week’s Senate runoff in Georgia, nor did the former president campaign in person with GOP nominee Herschel Walker, the former football player who fell short against Democratic Sen. Raphael Warnock on Tuesday.

The super PAC, known as MAGA Inc., will now turn its attention to supporting Trump’s White House bid. It reported more than $54 million cash on hand as of late November, with most of that money coming in via transfers from Trump’s Save America PAC, which was his main political vehicle between losing the 2020 election and announcing his 2024 comeback bid.

US Curbs Exports to Iranian Firms for Producing Drones for Russia

House to vote on plan to end telework for federal employees

Facing a stigma, many ex-convicts in the U.S. struggle to find work

Four Key Suspects in Haiti Presidential Slaying in US Custody

Trump struggles to fundraise in early weeks of 2024 campaign

Dallas Zoo says its missing tamarin monkeys have been found

Omar, now a Dem unifier, faces down her GOP critics

Fall Out Boy just announced a huge 2023 tour. Here’s how to get tickets

Alex Murdaugh said ‘I did him so bad’ when shown photo of slain son Paul: law enforcement agent

NASA captures photo of 'bear's face' on the surface of Mars

Photos: How the Boeing 747 Went from ‘Queen of the Skies’ to a Humble Cargo Plane