The ultra-bright Times Square corner of Broadway and West 47th Street will soon be even brighter.

The creators of  TSX Entertainment, an eight-story fun park inside the 46-story hotel complex that’s called  TSX Broadway and is officially 1568 Broadway, hope to turn on the bright lights in November. The tower’s 18,000 square-foot, wraparound LED billboard is  even larger than the jumbo on the Times Square Edition hotel across the street.

The full launch of TSX on floors two through 10 “will happen in phases,” said TSX Entertainment co-founder and co-CEO Nick Holmsten. When it’s done, two mammoth doors will open a 30-foot-wide window on a 4,000 square-foot performance stage overlooking the bowtie’s northern end. The stage is  designed with seats for the audience to be up-close with performers.

Holmsten crowed that the giant screen will be the only one in Times Square that won’t carry advertising. Rather, according to architectural firm ICRAVE, which is designing TSX Entertainment, “The concept will incorporate a digital mirror of Times Square in the TSX Metaverse to provide a seamless analog and virtual experience for fans.”

When the stage isn’t in use, the space behind the doors will become what Holmsten called “an incredible supper club” with room for 250 people.

Holmsten, the former global head of music for Spotify, said the entertainment floors  “make fans more important than ever. They’ll be immersed in the experience.” It will include “a lot of sound interactivity” with Times Square visitors’ cell phones. He wouldn’t get into details, saying, “We don’t want to give too much away.” 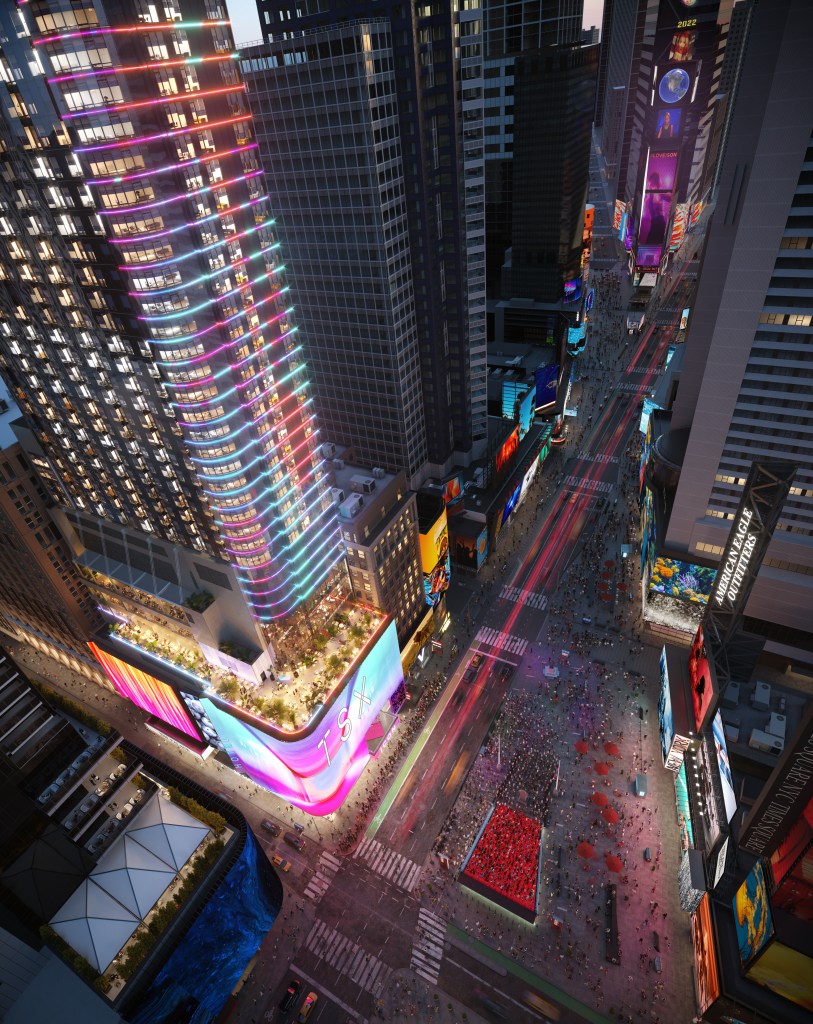 Holmsten, who is Swedish, moved here five years ago. He fell in love with Times Square but thought it needed fresh juice.

TSX “will bring a total transformation of Times Square, which it’s needed for a long time,” he said.

The new tower, built on the bones of the old Embassy Suites and Double Tree hotels, tested its creators’ ingenuity and patience. The $2.5 billion project from L&L Holding Company and Fortress Investment Group will be home to a 669-room hotel, the first to be branded as Tempo by Hilton, and a reopened Palace theater, the 109-year-old, Nederlander-owned landmark that was painstakingly lifted and moved from its original Broadway-facing location to West 47th Street.

The autumn sign lighting can only hint at what’s to come. The hotel, theater, stores, restaurants and other elements will open next year, according to L&L co-founder David W. Levinson.

He called the development “the most complex project I’ve ever worked on” — even more challenging than L&L’s 425 Park Avenue office tower, the construction of which Levinson  once likened to a “Jenga game.”

Work on TSX Broadway started before the pandemic. Levinson watched with interest as  the “Crossroads of the World” turned into the world’s most photographed “Ghost Town” — and recently into almost its old self. 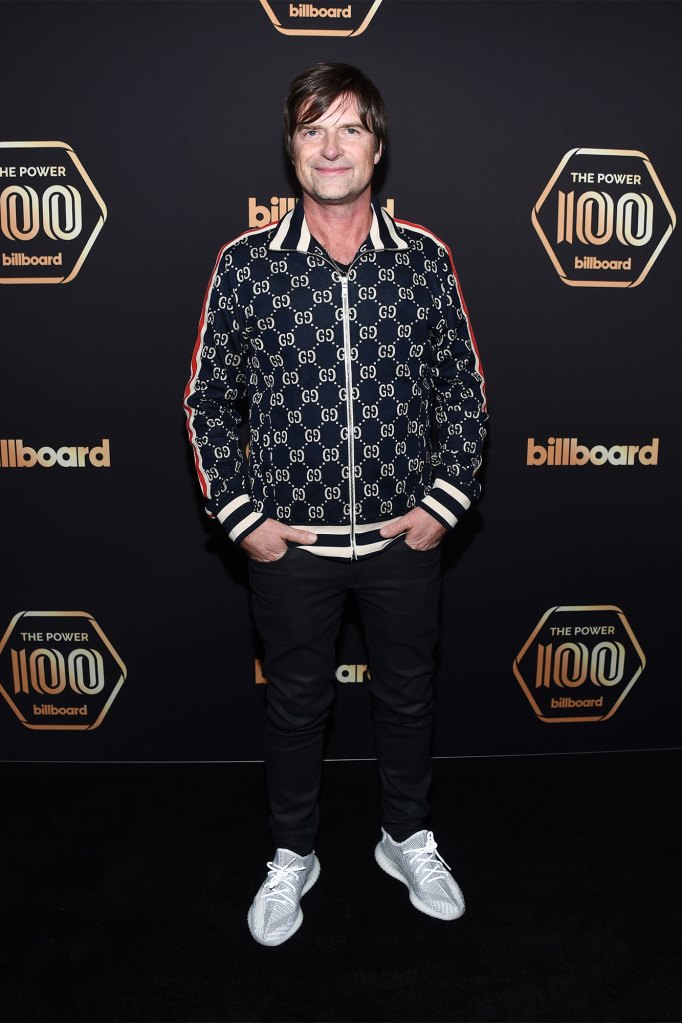 Times Square Alliance president Tom Harris said crowd sizes have closed to within 15% of pre-pandemic times, with an average of over 300,000 pedestrians a day. He  didn’t expect the new Hilton to struggle for guests — other Times Square hotels are seeing more than 80% occupancy.

The relationship between the tower owners and the entertainment team is complicated. Holmsten said TSX Entertainment is “partners with Fortress.” Levinson described Holmsten’s outfit as a tenant of the tower’s joint ownership, and “all the building owners including L&L have a financial interest in TSX Entertainment. We are all fully aligned.”

Some aspects of the entertainment portion have yet to be spelled out — including who will produce the live shows and operate the restaurants and stores.

Is the Edition worried about new competition across the street?

Ian Schrager, the creator of Marriott’s Edition brand, commented, “What’s good for NYC is good for everybody. We welcome everything and anything that continues to keep Times Square the heartbeat of New York as well as the meeting place of the world.”

Scientists Warn That Global Policies Need to be ‘Nature-Positive’