A pair of British climate activists glued hands to the frame ofVincent van Gogh's paintingat a gallery in London on Thursday to protest the government's climate policy. 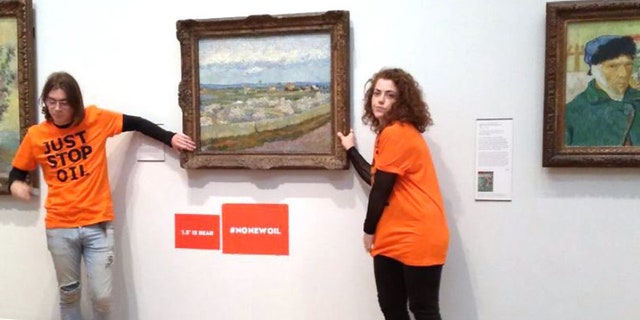 In a statement released on the Just Stop Oil website, McKennie called on the arts to be more active in the fight against climate change.

, millions from BIDEN's COVIDBILL I'm spending dollars. "The government will immediately stop all new oil and gas projects," he said. "We are resisting or colluding."

The Courtauld Gallery was scheduled to be open to the public "as usual" on Friday, saying it would remain closed until the end of Thursday. Fox News is seeking comments from the gallery.

"Work of art is subject to this protection and national concern. People in Ethiopia, Somalia, India, Pakistan, the United States and Australia (to name a few) are now suffering from climate change. While I was there, I ignored it and left. " "What's more important? This picture or the future"? !!

Stunts were thrown by another climate activistIt happened later at the Leonardo da Vinci Mona Lisa at the Louvre Museum in Paris in late May.