In the biggest diplomatic assignment of her career, she’s in the middle of a war with flak coming at her from all sides.

Fox News caught up with her when she was doing a tour, at Kyiv’s main train station, which is now doubling as a massive charging and heating hub for city residents caught without power amid the massive Russian missile barrage on the power grid here. Millions have been left in the cold.

"It’s horrific, it’s unconscionable," she told Fox News. "What is happening in our judgment is war crimes." 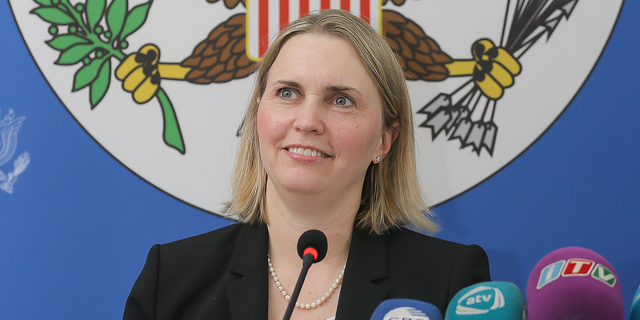 FILE - Bridget Brink, shown here in her role as Deputy Assistant Secretary of State for European and Eurasian Affairs, speaks during a press conference in Azerbaijan in 2018. (Aziz Karimov/Pacific Press/LightRocket via Getty Images)

Brink’s specialty in her 25-year career has been Europe, where there have been a lot of "gray area" disputes. For the ambassador, this one is black and white.

"This is about freedom, about the fight between good and evil," she said. "We think it’s absolutely essential that Russia faces strategic defeat and that Ukraine prevails."

There has been a flurry of reports in recent weeks that Washington is trying to nudge Kyiv toward at least considering talking with Moscow. Brink isn’t buying it.

"It will be up to the Ukrainians to decide when and how they wish to negotiate," she told Fox News. 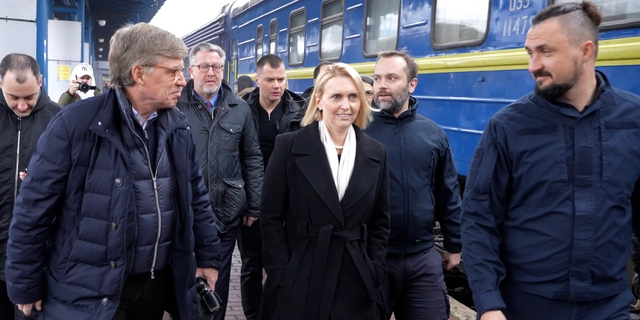 "I have felt full and total support," she commented, "not only, obviously, from the president, but from bipartisan members of Congress." She did note that "accountability" would be an ongoing feature of fund disbursements. 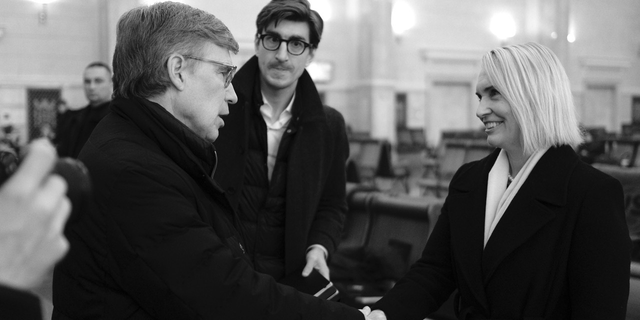 As complex as this nine-month-old war is getting, Brink still thinks its resolution is fairly straightforward.

That is more easily said than done, but America’s top diplomat in Kyiv is trying.