A construction worker in Utah was rescued Monday night after he was "completely buried" in an apparent accident, officials said.

department shared photos showing large rock and soil debris that appeared to have loosened and slid off the high ground around the construction site.

The worker was conscious, breathing, and alert when transported to hospital in stable condition. The

department did not immediately provide details about the circumstances under which the workers were buried. 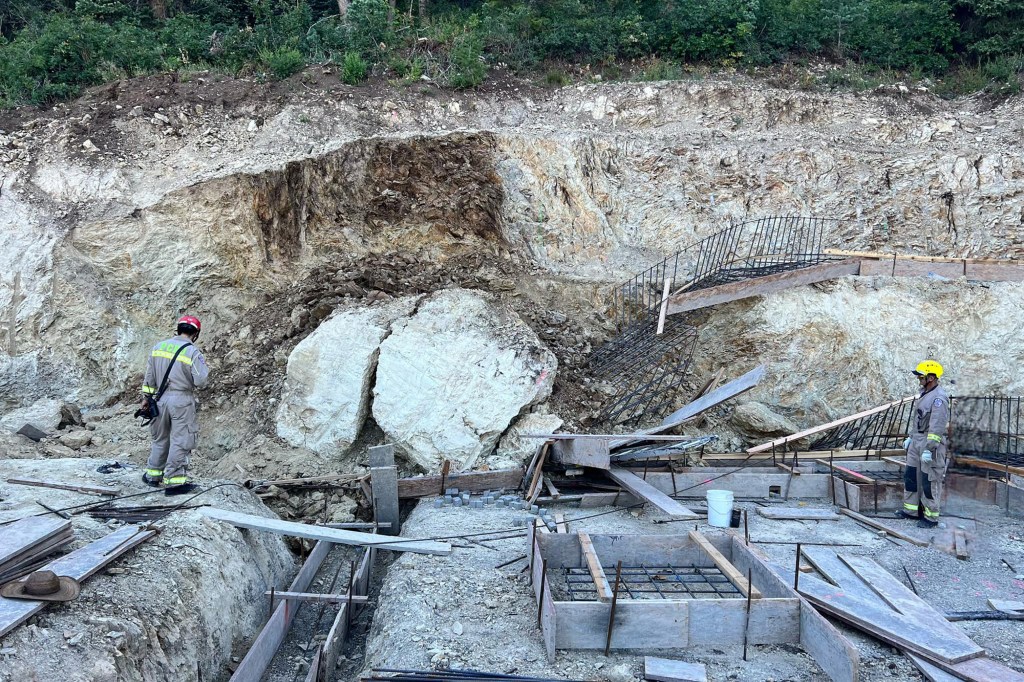