On Thursday, Lebron James called French basketball prospect and projected No. 1 pick in the 2023 NBA Draft Victor Wembanyama a “generational talent” and an “alien.”

Wembanyama, the 7-foot-4 Frenchman, said he still has a lot more work to do before he deserves such high praise.

“It’s obviously an honor to see such great people talk like this about me, but it really doesn’t change anything,” he said after leading his Metropolitans 92 squad to a 112-106 win over G League Ignite. “I was like, ‘Oh that’s cool.’ But no more. I have to try to stay focused. The thing is, I didn’t do anything yet.”

The game between Metropolitans 92 and G League Ignite Thursday was supposed to be another round pitting Wembanyama against Scoot Henderson, the projected No. 2 pick in in 2023. Henderson was sidelined with a knee injury early in the game, and all eyes turned to Wembanyama — and Wembanyama only.

He finished with 36 points, 11 rebounds, four blocks, and four assists. On Tuesday, he finished with 37 points and went 7-for-11 from three, an outrageous three-point shooting performance from someone his size, but lost to G League Ignite 122-115. 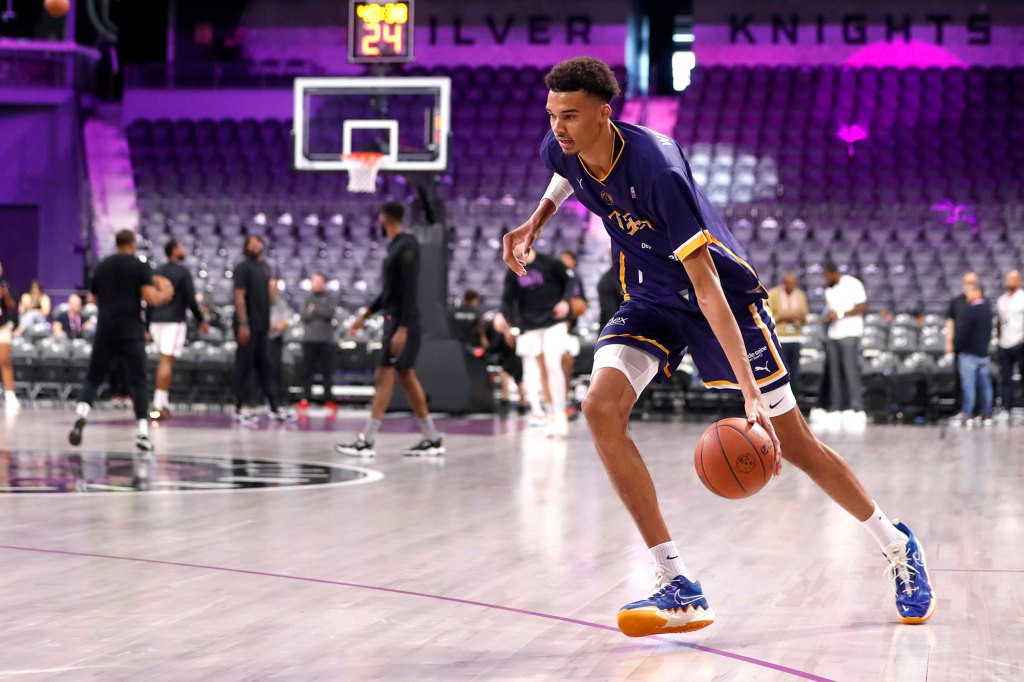 His performances are certainly catching the eye of NBA superstars like James.

“Everybody has been labeling this ‘unicorn’ thing,” James told reporters Wednesday night. “Everybody has been a unicorn for the last two years, but he’s more like an alien. I’ve never seen, no one has ever seen anyone as tall as he is, but as fluid and as graceful as he is out on the floor.

“His ability to put the ball on the floor, shoot step-back jumpers out of the post, step-back 3s, catch-and-shoot 3s, block shots, he’s for sure a generational talent.”

Plenty of other NBA stars are catching some Wembanyama fever, as well.

“That type of talent and skill, it just puts a smile on your face if you play basketball because the evolution of the game has taken on this far,” Kevin Durant said. “The league’s really in trouble when he comes in. I want to see how it plays out.”

“He said the tallest person he ever played against was either Manute Bol or Yao Ming,” the younger O’Neal said. “I don’t think there is a player like him. There are not too many players that can move like him at that size. [My father] was just saying, ‘You have to be aggressive. He’s a little taller, just try to get into him and try to get into his face.’ And I tried my best to do that. That’s the only thing he said. He said he’s never played against anybody who can shoot like that and have skills like that at that size, so he couldn’t really help me on that one.”

Webanyama is refusing to let any of the high praise go to his head as he returns home to France.

“I didn’t play in an NBA game yet,” said Wembanyama. “I wasn’t drafted, so I’ve got to stay focused to reach my goals. Because it’s going to be tough to get better every day and stay consistent.”