“I think that any Christian who engages in the political process — and especially someone who’s a pastor — you’re always going to be confronted with someone that is either less than ideal, or something that flat-out contradicts what you believe in,” George said in an interview.

Since revelations surfaced that the former football star and self-described “pro-life” Republican had allegedly paid for an ex-girlfriend’s abortion in 2009, evangelical Christian leaders in Georgia have banded together to support Walker, as has the Republican Party in general. Walker has staked out a hard-line, “no exceptions” position on abortion.

Walker’s 13-month campaign has been punctuated by blemishes on his record on traditional family values — including allegations of domestic abuse and fathering children out of wedlock. Those revelations continued late Wednesday with a report from The Daily Beast alleging that the woman whose abortion he paid for is also the mother of one of his children.

So far, Christian evangelical leaders have not flagged in their support, saying that he aligns with them on key policy matters. It’s a practice that has become common for Christian conservatives since the rise of Donald Trump — a political era that has inured religious voters to news of lewd behavior by Republicans.

At George’s 13,000-member First Baptist Church of Atlanta, Walker spent the day after the latest scandal broke with George and a crowd of Christians who affirmed they were behind him 100 percent.

Walker’s Democratic opponent, Sen. Raphael Warnock, is himself a minister, pastor of the famed Ebenezer Baptist Church in Atlanta. But for George — who like other top Christian leaders, said he had initially had qualms about Trump in 2016 but came around after he earned the Republican nomination — the question of whether to support Walker or Warnock is simple.

The Atlanta-area pastor said he isn’t sure whether the most recent allegation is actually “a hit job,” but he does believe that Warnock’s support for abortion rights in the Senate matters more than Walker’s alleged personal conduct. POLITICO has not independently verified the reports.

“The dilemma is, do you wait for a candidate who is perfect? ... Or do you take what’s given to you and make the choice between the options?”

“Herschel would have to do and say a whole lot for me to not support him over Warnock,” George said.

Walker has aggressively courted conservative evangelical support in the fiercely competitive Senate race, one of the closest in the country this November as the two parties vie for control of the Senate. And Walker has used his Christian faith as a defense when asked about the allegations, even as he has denied they are true.

“I was forgiven, the Lord has forgiven me,” Walker said in an interview Wednesday on Fox News. “Like I’ve said, I am a Christian. I will always be a Christian. That’s the reason I got into this race, because I see things that are going wrong that’s not right in this country.”

Walker released a new TV ad on Wednesday that also emphasized his faith, saying he had struggled with mental health problems in the past but “by the grace of God I’ve overcome it.”

Ralph Reed, founder of the Faith & Freedom Coalition and former chair of the Georgia Republican Party, said that Walker has done more to reach out to evangelicals than any statewide candidate since Sonny Perdue ran for governor in 2002.

“That’s something that I think is going to pay a lot of dividends now,” Reed said in an interview, referring to Walker’s appearances over the past year at churches like George’s and Jentezen Franklin’s Faith Chapel in Gainesville, Ga. 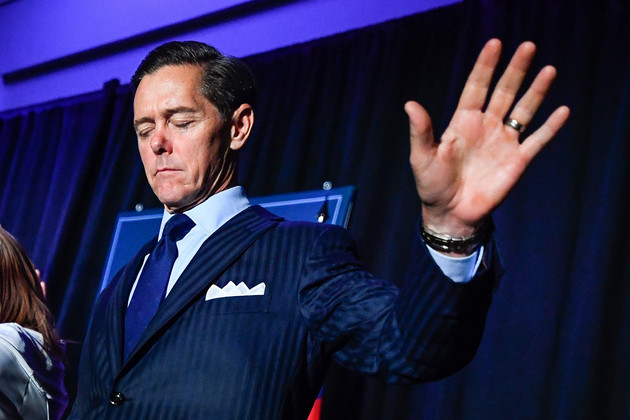 Reed condemned the fresh allegations against Walker as more than a dozen years old and from an anonymous source, while saying Georgia voters are motivated much more by the poor economic environment and President Joe Biden’s agenda. Reed acknowledged those comments were similar to what he said in October 2016, when off-camera “Access Hollywood” audio surfaced of Trump joking about sexually assaulting women.

“Fortunately, I was right about that,” Reed said of his gamble that 2016 voters would still turn out for Trump. “I wasn’t sure, frankly, when I said it, whether I was right or not.”

But if the October 2016 Trump scandal posed a tough predicament for Republican leaders — some of whom publicly withdrew their support at the time — in 2022, such a scandal appears to have little impact on the party’s conservative base. No influential Republican, nationally or in the state, has come out against Walker this week as a result of the latest news. Many, including Walker, have dismissed it as a fabrication.

Kaaryn Walker, a Republican political consultant in Georgia and founder of Black Conservatives for Truth, said she has heard “true, true concern” from some in the GOP after the latest story unfolded, particularly surrounding Herschel Walker’s young adult son describing his father as a liar and absent from the home. But the party now knows it must rally around its Republican nominee regardless, she said.

“We don’t know if it’s true or not,” she said of whether Walker paid for an abortion. “But are you more impacted by a person who paid for an abortion, allegedly, 11, 12 years ago, versus a sitting senator who is pro-choice and will do whatever he can to help other women have abortions too?”

Though Walker didn’t schedule any public campaign events Tuesday and Wednesday — he resumes his public schedule on Thursday, as does Warnock — he appeared twice on Fox News to deny the latest allegations and ask viewers for their continued support. 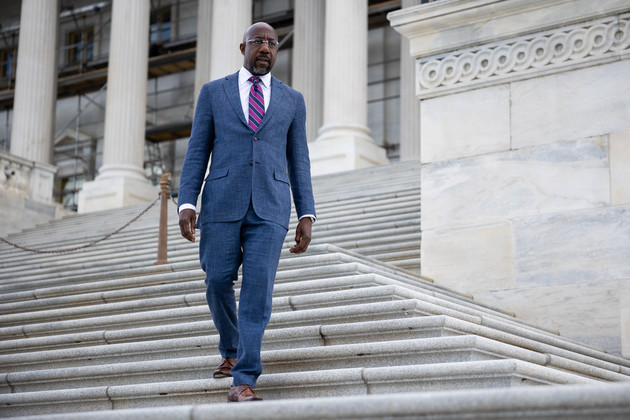 The result, his campaign said, was a fundraising boost and a surge in donations from the time he appeared on Sean Hannity’s show on Monday night, shortly after the Daily Beast published a story outlining an ex-girlfriend’s abortion allegation. In the two days since, Walker has raised more than $500,000.

Even two of Walker’s opponents in the Republican primary — who had raised concerns at the time about the effect his baggage would have on the GOP’s chances — are now urging their supporters to continue to back Walker.

One of them, Josh Clark, said he was “sad to read the headlines” and fielded calls and texts from friends who were concerned about how to proceed. But Clark told them to stay the course in supporting Walker, who he believes will be a “reliable conservative vote, and is going to vote pro-life.”

“There is no perfect candidate,” Clark said. “We need to remember what’s at stake in taking back the Senate. If we look to politicians to be perfect, we’re not going to have anyone.”

Kelvin King, another Republican who ran against Walker, cautioned GOP voters against staying home and said the party “must rally around” principles of “freedom, opportunity and economic prosperity.”

Undecided voters this week in suburban Atlanta, an area that likely contains most of the state’s small share of swing votes, said the latest Walker scandal likely wouldn’t influence their choice.

Kurt Jackline, an environmental contractor doing work Wednesday at First Baptist Church of Atlanta, said he moved his family in 2020 from Pennsylvania to Acworth, outside of Metro Atlanta, a decision he said was based on pandemic restrictions in his Northeast state. The economy is his No. 1 concern this year. Despite being inundated with television ads in the Senate race, Jackline had yet to hear about the latest Walker abortion scandal — but said politicians’ personal issues are unlikely to affect his vote.

“We all have something in our lives that may be not very appealing to others,” Jackline said. “I use common sense when I vote.”

Inside a shop in downtown Roswell, an Atlanta suburb where patrons browsed boutiques as an early crowd filled the restaurants’ sidewalk tables, Becca Bulloch grimaced when asked about the choice between Walker and Warnock.

Bulloch said she tends to vote conservative, but like many young women, has a more liberal view when it comes to abortion rights. Walker’s apparent inconsistency on abortion, though, was less of a concern to Bulloch than television ads she has seen alleging he misrepresented his business success and claiming he worked in law enforcement.

“It was 2009, it was a long time ago. His views can change,” Bulloch said of the alleged abortion. “But it bothers me that he lies. He seems like he lies a lot.”