If you needed yet another impetus to prepare for winter by consuming ungodly amounts of sugar, look no further, National Cookie Day arrives on December 4, and there is no better day or reason to steal a cookie from the cookie jar.

National Cookie Day was first observed, quite naturally, by the Cookie Monster who proclaimed it his personal holiday in “The Sesame Street Dictionary.” Afterwards, San Fransisco’s Blue Chip Cookies decreed December 4th the feast day of the sacred union of butter and sugar.

The history of cookies runs parallel to the history of sugar. India was the first country to refine sugar and use it in recipes, it was later traded to Greeks and Romans who regarded it as a kind of medicine, a sentiment still shared by many today. Persian scholars in the 7th century processed sugar cane into crystallized sugar and begin to use it in confections, most notably marzipan.

It’s thought that the first cookies were small tests cakes used to ensure oven temperatures were correct for baking. From there, sugar and by default, cookies got a leg up and a wide distribution courtesy of the crusades wherein returning soldiers brought the sweetness home to Europe. From there, cookies evolved into the currency of joy we know and love today.

In honor of this day of days, we bring you a list of confections through the constellations, read on to learn more about what cookie best represents your zodiac sign. 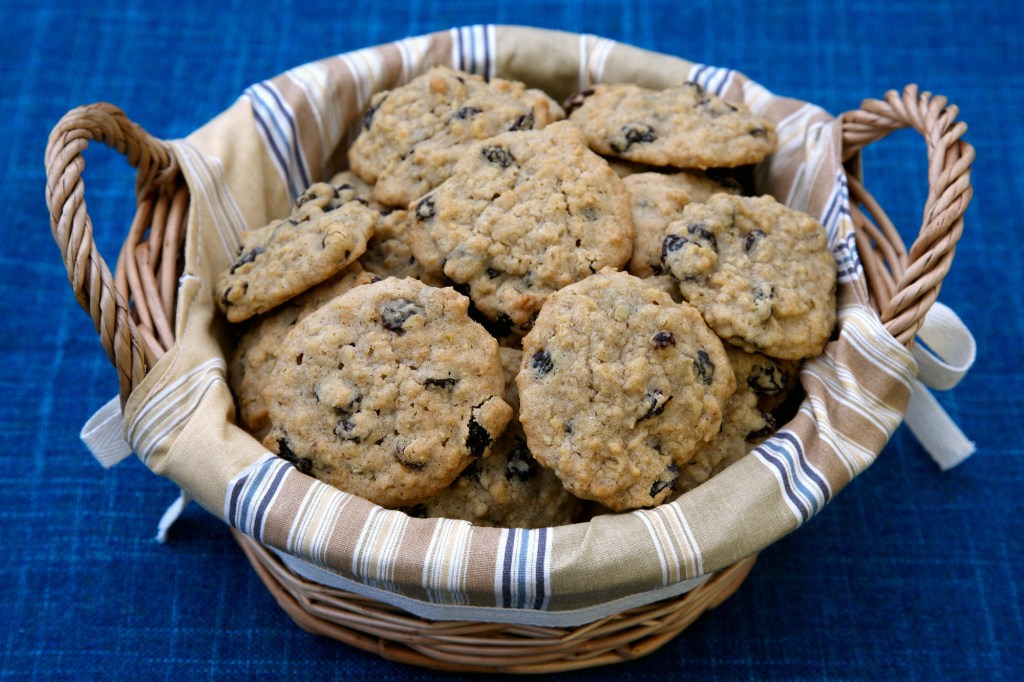 Oatmeal raisin cookies, like their cousin the cinnamon raisin bagel, are a controversial baked good that inspires hot debate but never a tepid opinion, a quality shared by the oft polarizing Aries. The invention of this cookie is credited to Aries Fannie Merritt Farmer who after suffering a paralytic stroke in her teens, took up the mantle of cooking and baking, eventually creating both this cookie and the practice of using standardized measurements in all cooker. Turning a stroke into a strokes of genius, a gumption heavy, trail blazing energy in keeping with the people of the ram. 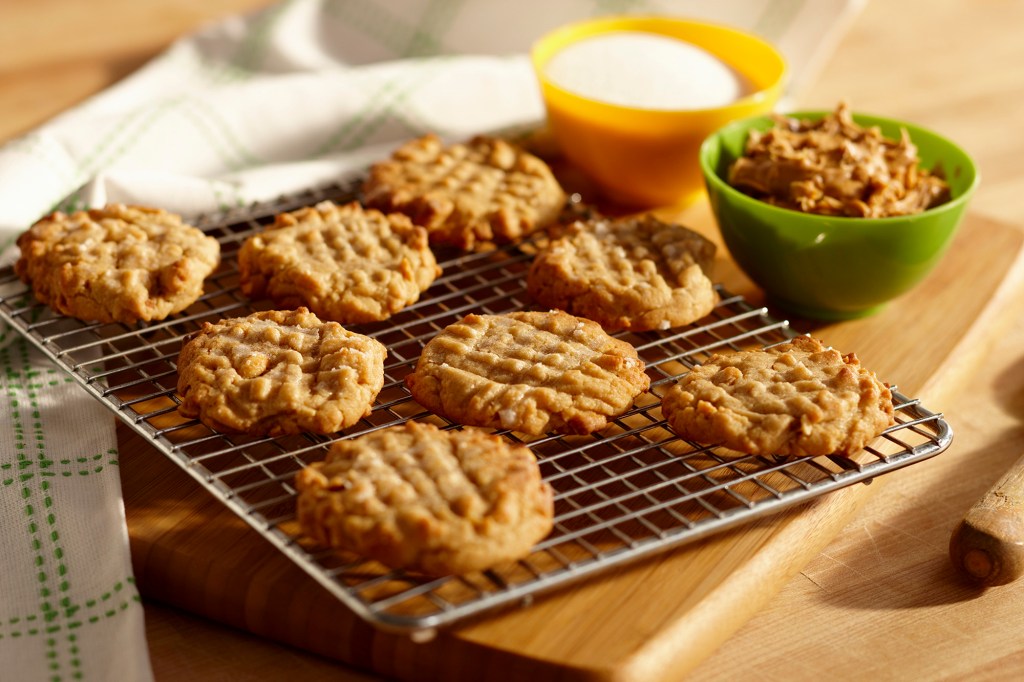 Taurus is the more is more sort that is ever keen to double down on indulgence and caloric abandon, a spirit shared by the twice as nice, double the saturated fat vibe of the peanut butter cookie. Gilding the lily and leaning into sin, all in the pasture of preference for bull folk. 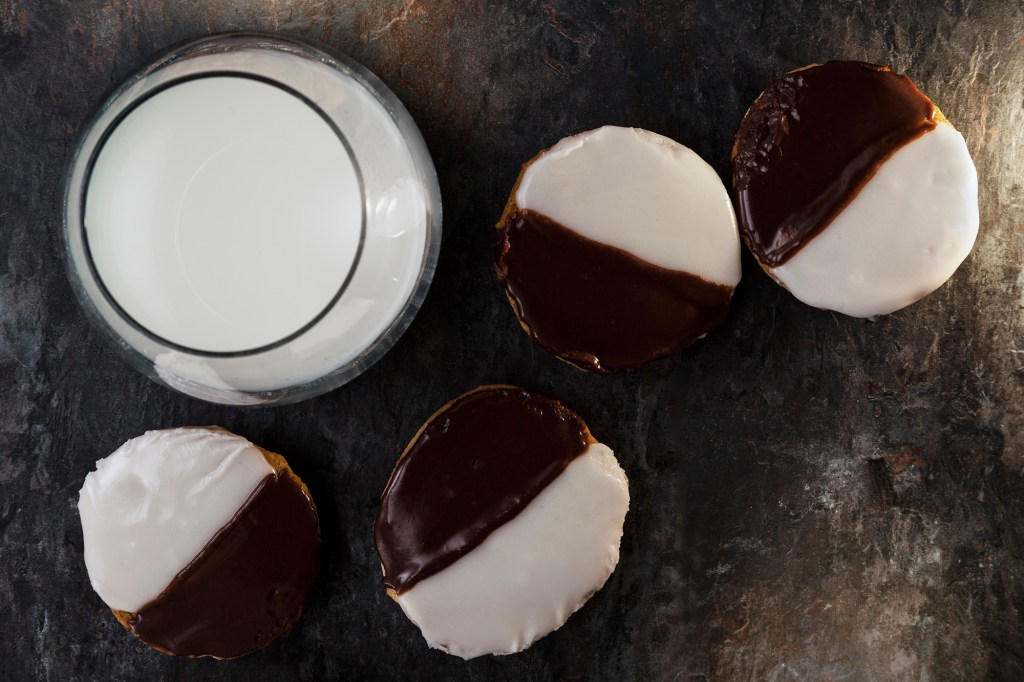 In addition to being a visual representation of the duality that defines the Gemini spirit, the iconic black and white cookie shares much in common with the sign of the twins. Like Geminis themselves, the origin story of the black and white cookie is a veritable mess of hearsay, gossip, false folklore and sweet deception. The experience of consuming these cookies, like the experience of sharing space with these people can be absolutely transcendent or absolutely like eating a cheap and crumbling gas station confection that fills you with regret and a sugar hangover. 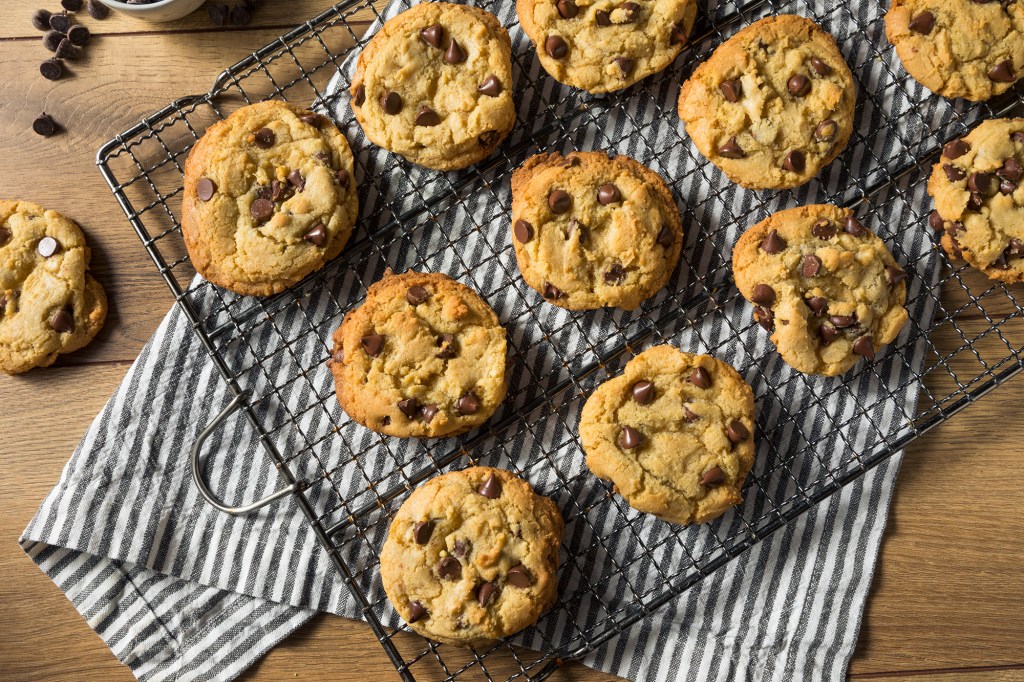 There is nothing more classic, comforting or tied to the concept of home than the chocolate chip cookie. Cancer is the sign of home and maternal nourishment and whether we come from wholesome houses or wistfully wish for the kind Toll House sold us, they all smell in memory and imagination like the soft browning bellies of chocolate chip cookies. 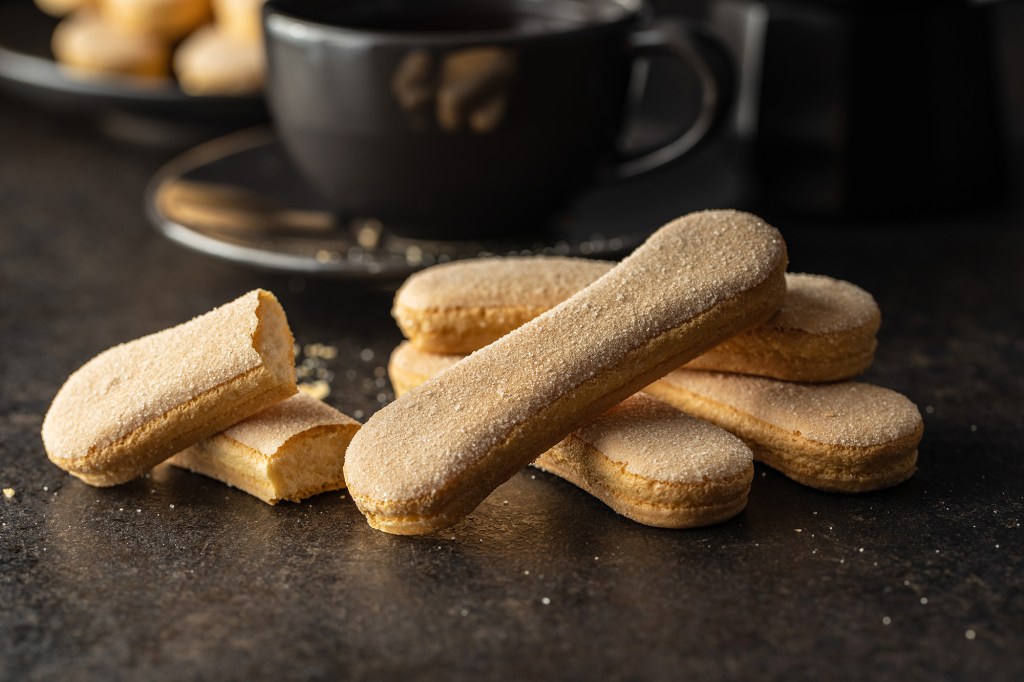 Symbolized by the mighty lion, Leos have a regal bearing and there is no cookie more royally exalted than the disturbingly named ladyfinger. Developed to suit the tastes of members of the House of Savoy, the recipe for the cookies was carried through European aristocracy by the marriages of the house members. Leo rules the fifth house of play and love affairs and ladyfingers are also known as boudoir biscuits, a name given by a French diplomat with a pension for dipping them in Madeira wine whilst he talked “diplomacy” in the private quarters of the lady folk. Mon dieu. 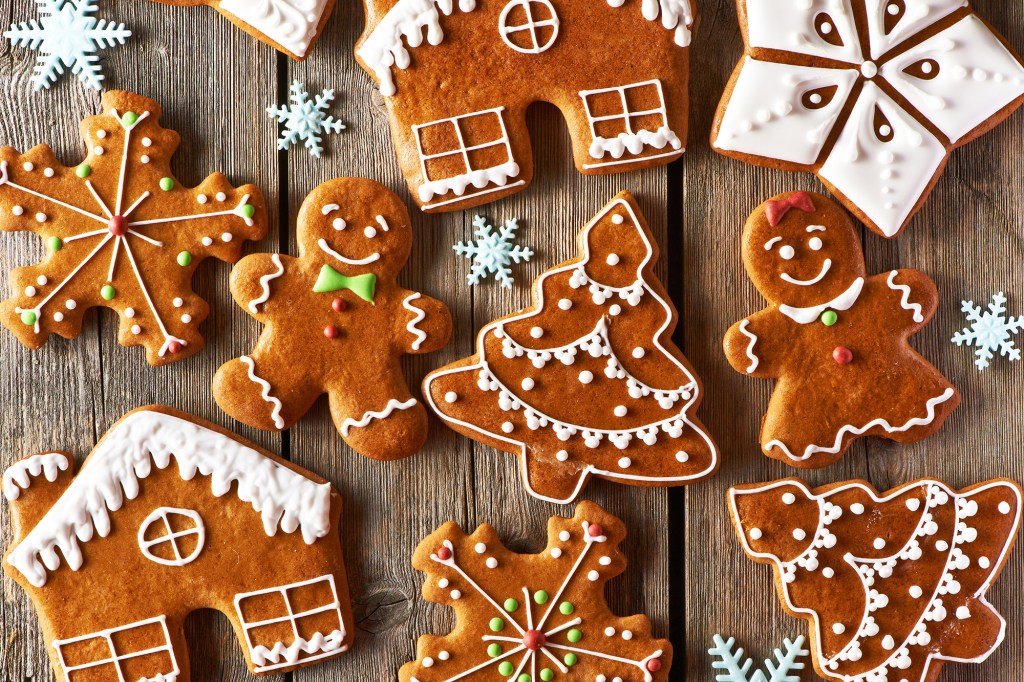 Virgo rules the bowels as well as the sixth house of health and service. In kind, gingerbread has a history of being baked by clergy members to cure belly aches. Virgo regent Elizabeth I of England is credited with popularizing the curious custom of shaping the cookies into human effigies and icing them. Allegedly the virgin queen made homage cookies of and for dignitaries visiting her court, giving a whole meta cannibal layer to the idea of ‘eat the rich.’ 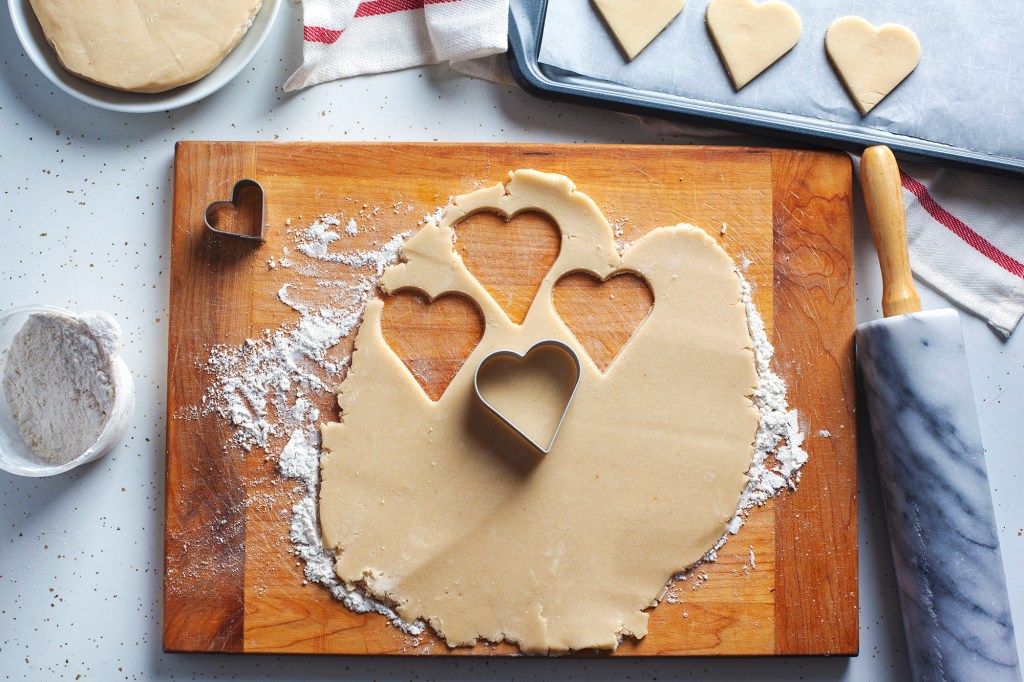 A standard and popular base model that really comes alive when additions to the basic form are made, Libra is the sugar cookie of the zodiac. Libra is ruled by Venus, planet of art and beauty and there is no finer canvas for creation than the almighty sugar cookie. Whether baked in the shape of a heart, a skeleton, a penis or a snowflake, a sugar cookie, like the average Libra, waits willingly to suit the needs and seasons of others. 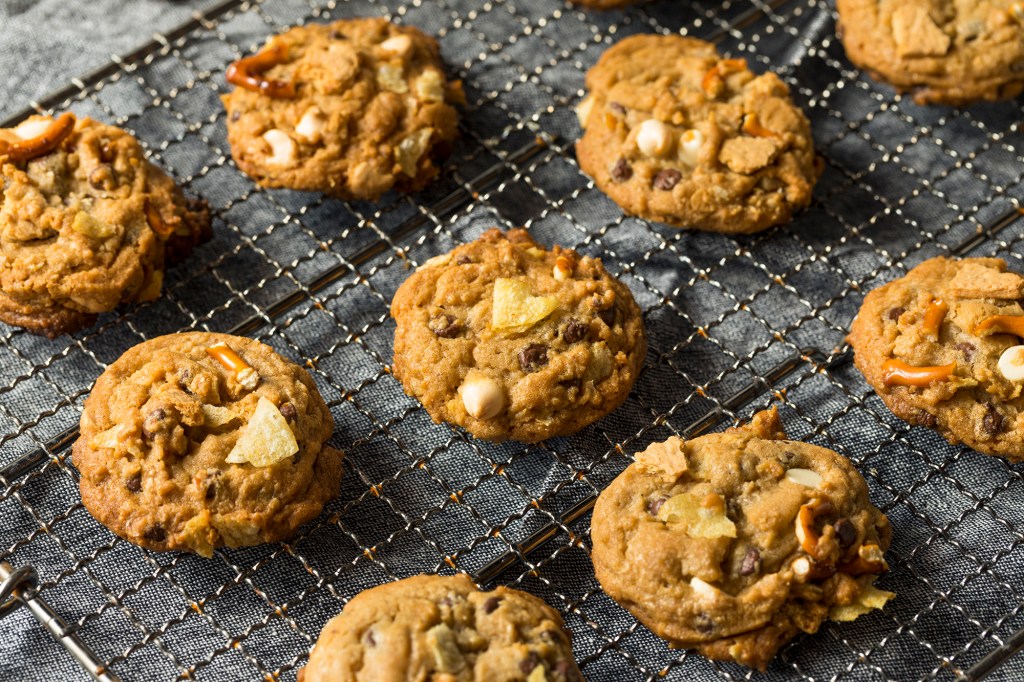 Scorpio is a sign that symbolizes elimination, what must be lost before anything can be gained. As the spiritual garbageman of the zodiac, the dumpster cookie is the perfect distillation of the sign. Chock full of potato chips, coffee grounds and anything else that can blend into batter, the dumpster cookie is an ode to the sweetness of scavenging. 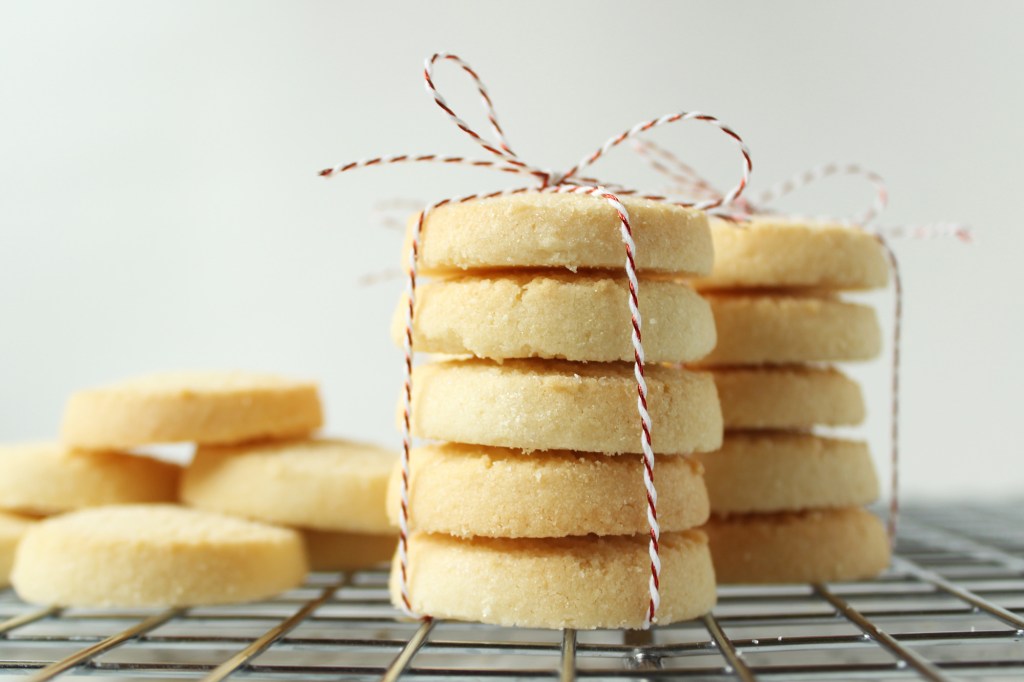 Favored pastry of Sagittarius monarch Mary Queen of Scots, shortbread was born from excess, a vibe Jupiter ruled archers are absolutely in favor of. Leftover bread dough was sweetened and left to dry out into a hard, sometimes seeded rusk. Over time, common yeast was traded out for butter and everyone’s lives improved dramatically. In the British Isles, shortbread is gifted in the days leading up to the Christmas holiday, a timeline that falls in line with Sag season. 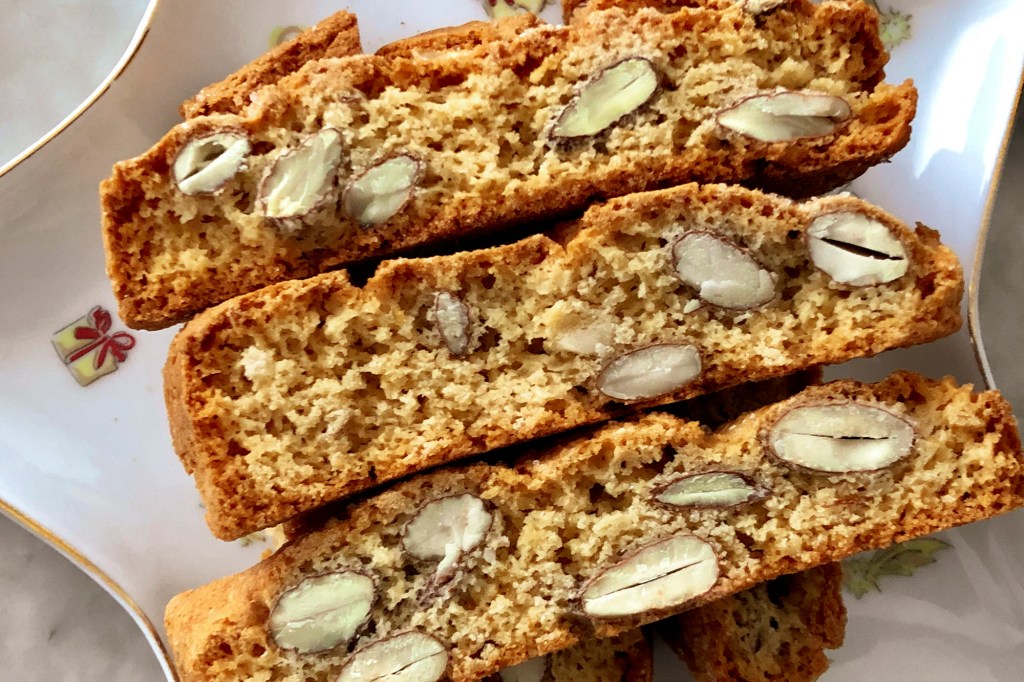 Hard, sturdy and resistant to rot, this iconic Italian cookie evokes the bootstrap ethos and endure at all costs, can do attitude of Capricorn. Biscotti is best served with espresso or black coffee, that hot elixir of ambition, and the surging life blood of enterprising sea goats. 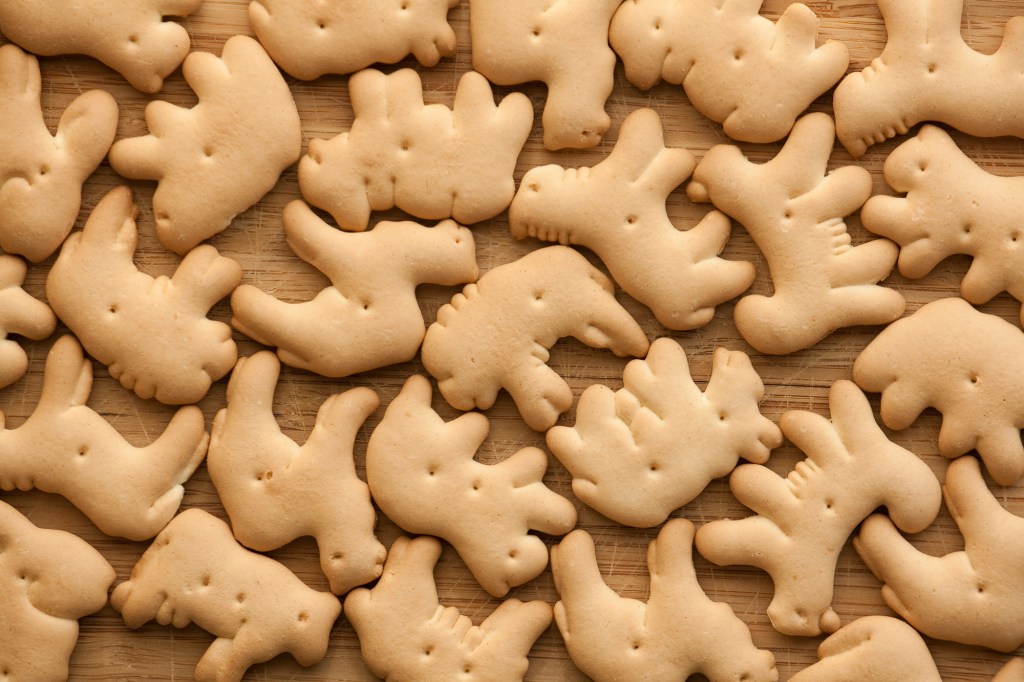 Aquarius is known for thinking outside of the box and these cookies, which call themselves crackers, have taken the sentiment literally. Following a PETA petition, the packaging on Nabisco’s Animal Crackers was amended to free the circus animals from their cardboard cage and release them into a savannah like scene. Let freedom ring and wild things roam. 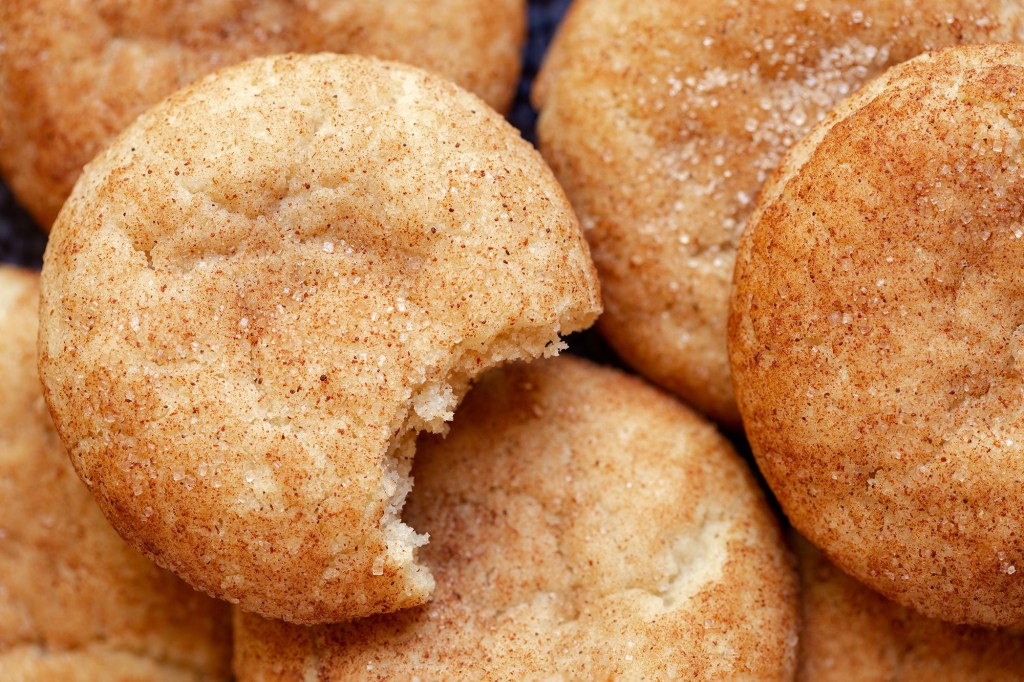 The whimsical name of this cookie is in keeping with Neptune ruled, rainbow eyed, wounded bird saving, life should be a goddamn musical with a tragic/triumphant arch or nothing at all vibe of Pisces. It sounds like a heroic hybrid animal from an unpublished fantasy novel and it feels very much in line with this water sign.

Astrology 101: Your guide to the stars

Astrologer Reda Wigle researches and irreverently reports back on planetary configurations and their effect on each zodiac sign. Her horoscopes integrate history, poetry, pop culture and personal experience. She is also an accomplished writer who has profiled a variety of artists and performers, as well as extensively chronicled her experiences while traveling. Among the many intriguing topics she has tackled are cemetery etiquette, her love for dive bars, Cuban Airbnbs, a “girls guide” to strip clubs and the “weirdest” foods available abroad.