Our college football betting expert offers his best betting picks and predictions for the matchup between Wisconsin and Ohio State scheduled for Saturday at Columbus, Ohio, at 7:30 p.m. ET on ABC.

No. 3 Ohio State is aiming to beat the Badgers for the ninth consecutive time as the two teams kick off their Big Ten slate with a showdown at the Horseshoe.

Here is our betting breakdown for the Saturday night showdown: 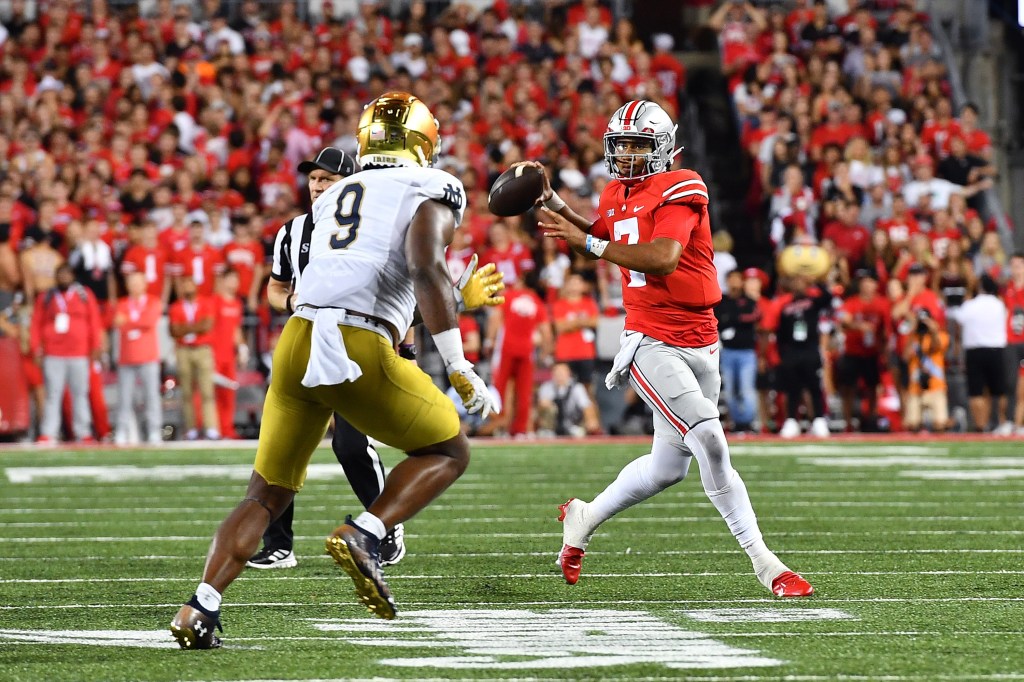 Keeping up with the Buckeyes’ firepower will be an uphill climb for the Badgers, who will need running back Braelon Allen to be effective and help work the clock. Ohio State has so many weapons that it’s tough to slow them all.

Both teams are coming off fabulous offensive outings. Ohio State walloped Toledo 77-21 when it recorded 763 yards — second most in program history — while the Badgers crushed New Mexico State 66-7 and had 595 yards.

Ohio State quarterback C.J. Stroud has passed for 941 yards and 11 touchdowns without an interception in a superb start. Wideouts Emeka Egbuka (20 receptions, 324 yards) and Marvin Harrison Jr. (18 for 342) are playing well and Harrison has eight touchdown passes in the past four games.

While the Badgers aren’t intimidated by the Buckeyes, it is hard to see them leaving the field victorious. Wisconsin lost to Washington State 17-14 two weeks ago, an indicator that stunning Ohio State would be beyond a longshot.

The Buckeyes average 44.7 points per game and the Badgers allow 8.0, which ranks eighth nationally. 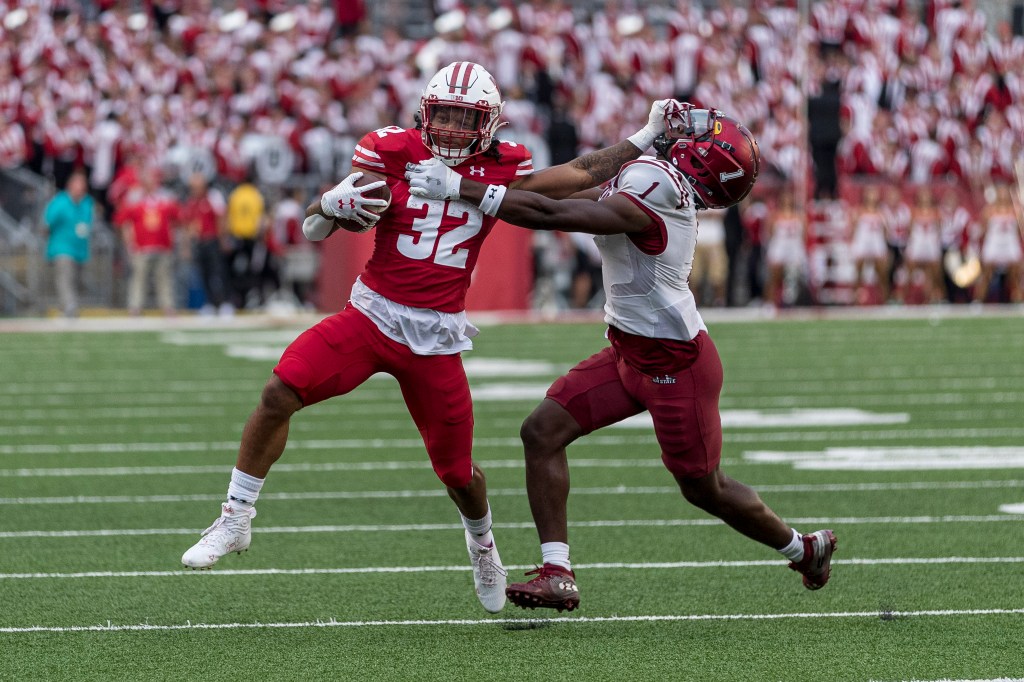 Wisconsin features star running back Braelon Allen and he matched a career high with three scoring runs in the romp over New Mexico State. Allen has rushed for 332 yards and five touchdowns this season.

Unless Allen is in top form — the Buckeyes may have something to say about that as they rank 24th nationally in rushing defense (84.3 yards per game) — keeping the game close is implausible.

Wisconsin can’t afford to fall behind. Quarterback Graham Mertz is not the ideal option to throw the ball 35 or 40 times against Ohio State’s stellar defensive personnel.

That’s not a winning formula as Mertz (697 yards, six touchdowns, two interceptions) is more efficient when he throws the ball between 15-25 times.

The Badgers rank 11th in total defense (246.0) and will clearly be looking for a physical game. And the Wisconsin style should be enough to keep the game under the projected total.

Our Pick: Under 57 total points

Stroud passed for nine touchdowns over the last two games, including five in the shellacking of Toledo. While he has topped 350 yards twice, he had just 223 against Notre Dame, the toughest opponent the Buckeyes have faced this season.

Stroud (under/over 334.5 passing yards) has two wideouts averaging over 100 receiving yards per game. It gets tricky trying to decide if Harrison (82.5) or Egbuka (66.5) can both have high-yardage outputs against the Badgers.

But regardless of his top receiver, it’s clear Ohio State’s preferred plan revolves around Stroud airing it out.