The Wisconsin women’s volleyball team overcame scandal this season to secure a Big Ten Conference championship as well as the No. 1 seed in the NCAA Tournament.

The Badgers wrapped up the title on Friday with a 3-1 win over No. 5 Nebraska and then took care of No. 8 Ohio State on Saturday, 3-1. The team finished the season on an 18-game winning streak. 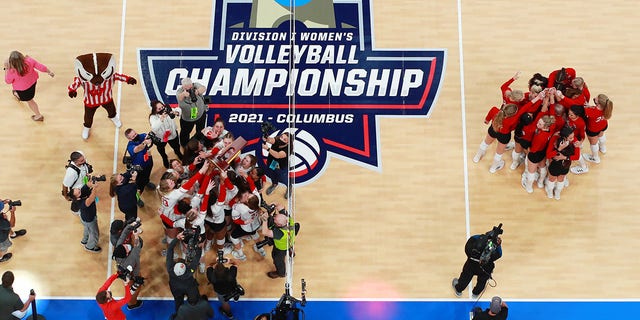 Wisconsin celebrates after defeating Nebraska during the Division I Women's Volleyball Championship on Dec. 18, 2021, in Columbus, Ohio. (Jamie Schwaberow/NCAA Photos via Getty Images)

"19-1 in this league is what this group just did," Sheffield said. "I just told them I was more proud of them for tonight's win more so than last night's win. To be able to win over a team that defends as well as Ohio State does is just incredible."

"There was so much learning that came from our one loss against Minnesota. That was really important for where we are right now. There was so much opportunity for us to learn throughout the course of the year, and I am so proud of them," Sheffield added.

Now, the Badgers get to defend their 2021 title. The squad earned a No. 1 seed for the NCAA Tournament and will face Quinnipiac on Friday. 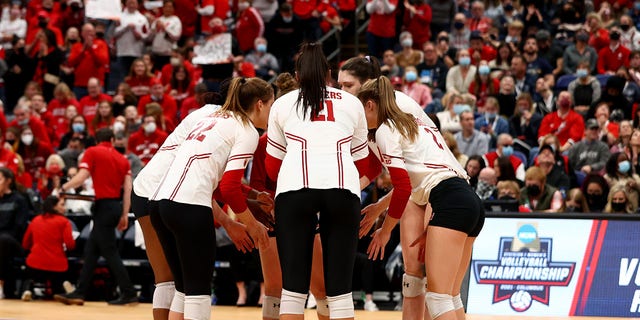 Wisconsin takes on Nebraska during the Division I Women's Volleyball Championship on Dec. 18, 2021, in Columbus, Ohio. (Jamie Schwaberow/NCAA Photos via Getty Images)

Wisconsin persevered to the tournament in the shadow of a scandal that plagued the program earlier this season.

The University of Wisconsin released a statement on Oct. 19 confirming that "private photos" of the Badgers’ women’s volleyball team had been circulating online "without consent," prompting an investigation by the UW-Madison Police Department into "multiple crimes."

Reports at the time indicated that photos were taken in the locker room following Wisconsin's Big Ten title victory in December 2021.

A report previously stated that photos originated from one of the players' phones, a fact UWPD Executive Director of Communications Marc Lovicott confirmed to Fox News Digital on Oct. 27.

"The focus of our investigation is not on any of the student athletes," Lovicott said in an email. 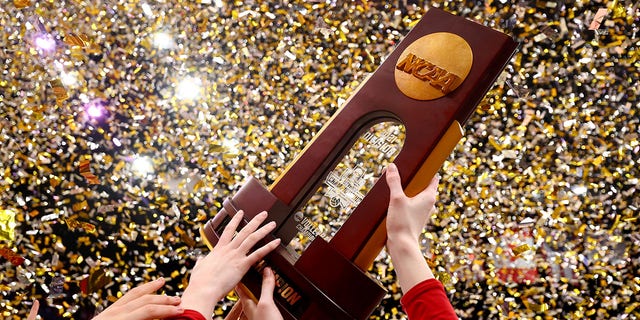 Wisconsin celebrates after defeating Nebraska during the Division I Women's Volleyball Championship on Dec.18, 2021, in Columbus, Ohio. (Jamie Schwaberow/NCAA Photos via Getty Images)

The university’s statement in October stated that photos and video, which were "never intended to be shared publicly," were being posted on the internet, prompting players to contact the police.

Police said in October the investigation was still ongoing.