The disgraced former warden of a federal women’s prison in California accused of running a “rape club” at the facility has been found guilty for sexually abusing three inmates.

Ray J. Garcia, 55, was found guilty of eight charges and faces up to 15 years in prison. He was the former top official at the Federal Correctional Institution in Dublin — where stars Lori Laughlin, Felicity Huffman and Allison Mack all served time.

Garcia retired from his post at the prison last year after the FBI uncovered naked photos of inmates on his government-issued cell phone. Four other prison officials have been charged, two of whom have pleaded guilty.

Prosecutors said that the former warden’s abuse followed a pattern that would begin with complimenting inmates and promises to move them to lower-security prisons before escalating to sexual abuse — including molesting inmates and forcing them to strip in their cells. 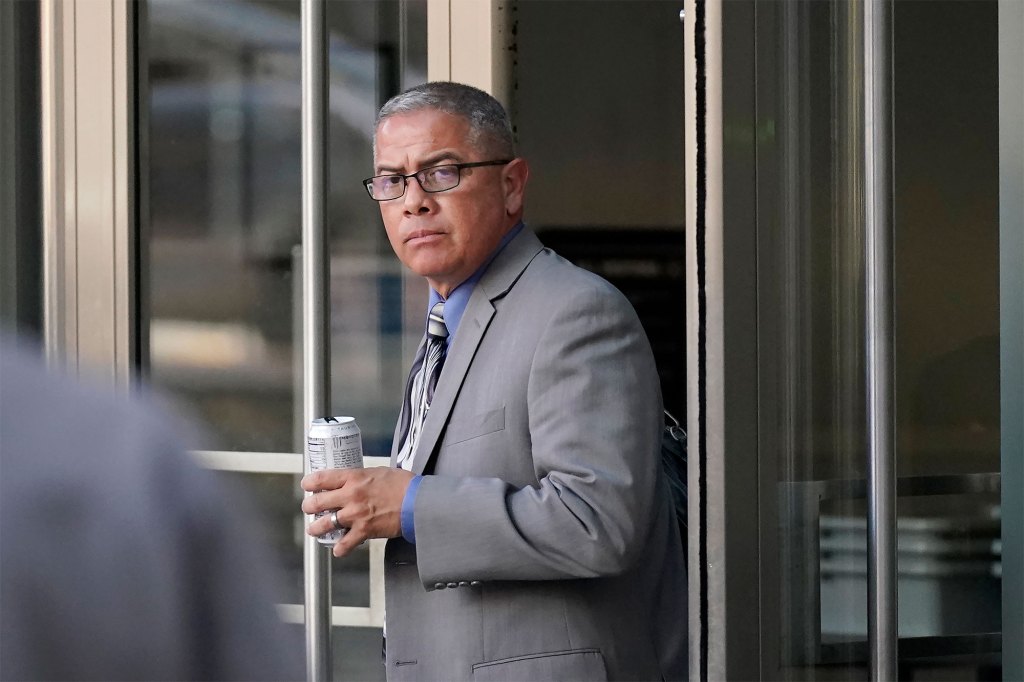 Garcia, the highest-ranking federal prison official to be arrested in more than a decade, had originally pleaded not guilty to the charges.

At the opening of his trial, the court heard how the incidents by Garcia and his staff were so open that inmates referred to it as “rape club.”

Garcia, who was warden from November 2020 until he was placed on administrative leave in July 2021, was in charge of staff and inmate training on reporting abuse and complying with federal rape laws while he was committing the abuses, prosecutors said.

Some inmates said they were sent to solitary confinement or other prisons for accusing employees of abuse. According to an indictment, he said he liked to cavort with inmates because they couldn’t “ruin him,” given their lack of power in the prison.

All sexual activity between a prison worker and an inmate is illegal, since there is no scenario in which an inmate could give proper consent, given that prison workers have substantial control over their lives, such as mealtimes and when lights go out at night 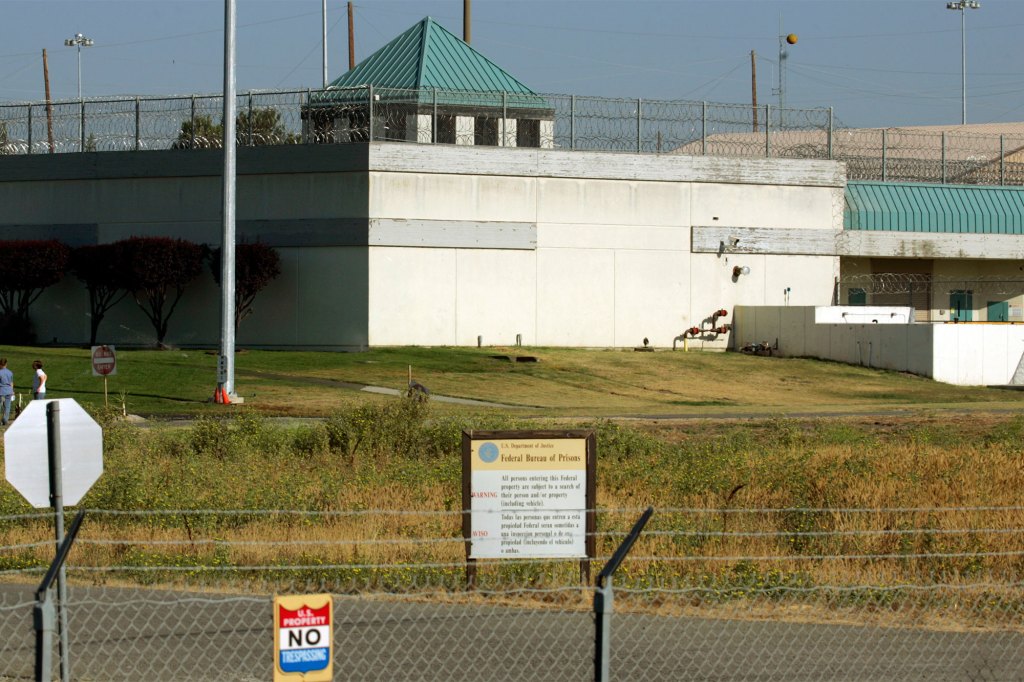 Garcia promised victims that he would get them out on early release in exchange for staying quiet about the rampant abuse.

Prosecutors said he told one victim he was “close friends” with the prison official responsible for investigating staff misconduct and couldn’t be fired.

Prosecutors also accused Garcia of ordering inmates to strip naked in front of him and lying about it to federal investigators.

“We see inmates dressing and stuff … and if they’re undressing, I’ve already looked,” Garcia told the FBI in July 2021, according to court records. “I don’t, like, schedule a time like, ‘You be undressed, and I’ll be there.’”

An inmate named Melissa, whose last name was withheld, testified that Garcia told her repeatedly he “wanted to f—k” her and showed her naked pictures of himself “all the time,” according to reports.

Prosecutors said Garcia digitally penetrated Melissa and forced her to touch his penis between 2019 and 2021. The incidents took place in the prison bathroom and cell, where Garcia allegedly would insert “half-eaten, sucked-on” candy canes into her vagina.

Melissa told investigators she complied with Garcia even though she was embarrassed and hurt during their sexual encounters.

Prosecutors said Garcia sexually abused the women in areas of the prison where he knew there were no cameras. 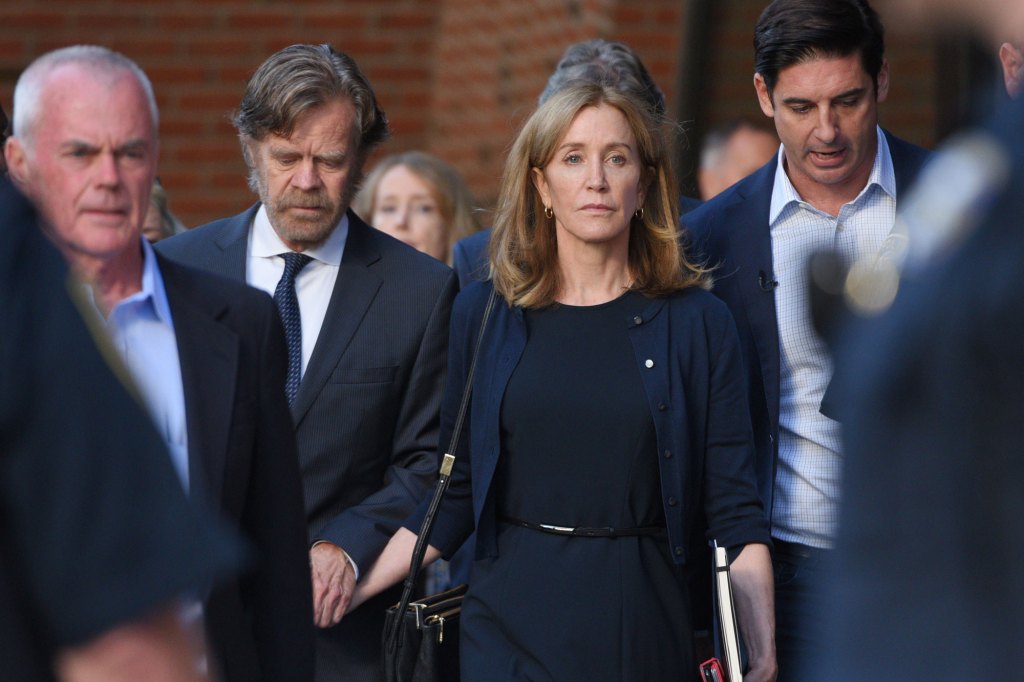 The prison, located about 20 miles southeast of Oakland, is often referred to as “Club Fed” because it has housed a number of celebrities over the years — including Patty Hearst and Hollywood Madam Heidi Fleiss. It can accommodate up to 650 inmates.

Felicity Huffman served 11 days of a two-week sentence in 2019 after admitting her part in the college admissions scandal.

Lori Loughlin served almost two months at the prison in 2020 for her role in the same case. Though Garcia worked at the prison while both women were there, it is unknown if they ever crossed paths.

Garcia left his position as Warden about a month before actress Allison Mack started her three-year sentence in June 2021 on racketeering and conspiracy charges related to her role in the NXIVM cult scandal.

Katharine McPhee, 38, ‘would love’ another baby with David Foster, 73

Act now: these Friday-only deals from Wayfair will be gone in a flash

Where Was ‘Poker Face’ Filmed? Everything We Know About Rian Johnson’s Filming Locations

Stream It Or Skip It: ‘Shrinking’ On Apple TV+, Where Harrison Ford Mentors Jason Segel Through His Grief And His Use Of Unconventional Therapy

Peter Navarro contempt of Congress trial will be delayed for months, judge says

Amy Robach and T.J. Holmes are out at ‘GMA3’ after scandalous affair

‘Most hated woman’ is back — and buying her teen daughter strippers

Why Your Tax Refund May Be Lower This Year

Mysterious shipwreck identified as warship that sank in 1672

Video of Madison Brooks inside car proves she consented to sex: attorney

Shakira’s birth chart: How the single ‘She Wolf’ will howl with happiness

Opinion: When it comes to police violence, race matters — but not the way you think

I Covered the Story That Inspired ‘Women Talking.’ Here’s What I Wish More People Knew

Adrien Brody Reflects on His ‘Poker Face’ Character, Working With Rian Johnson, And Delivering a “Mountain of Dialogue”