"This is the first interview I've done since she died," said Wynonna Judd. "So, this is it. Here we are. And a new chapter begins."

That chapter, Wynonna said, is one that she would have wished has never be written about her mother, Naomi Judd. They used to call themselves two re-haired hillbillies from Kentucky, and way back when, they were. But performing together as The Judds in the 1980s, they became one of the most successful country music duos in history.

To watch The Judds perform "Mama He's Crazy" click on the video player below:

In 1987 Naomi told CBS News' "Nightwatch," "We're just very ordinary girls and something extraordinary has happened to us."

Wynonna added, "This woman right here, she's been a single parent since I was eight, has some pretty big dreams."

The Judds sold more than 20 million albums, had 14 #1 singles, and won five Grammy Awards. Their voices blended so perfectly, like the twin strands of their shared DNA.

"There's nothing like family harmony," Wynonna told correspondent Lee Cowan. "And sometimes the only harmony we had was in music."

As much as they complemented each other on stage, off stage the chords of their mother-daughter partnership seemed rarely in tune. "We were incredibly close," said Wynonna, "and then she'd get mad at me: Why do you do that? And then we'd, you know, not get along and be disconnected, and we'd come back together and hug and cry. It was incredibly complicated. We tried really hard.

"And those are the tears, because I know that we tried. And we did pretty damn good – most of the time!" she laughed.

Things smoothed out a bit when Naomi retired from The Judds after being diagnosed with Hepatitis C. But fans still demanded reunions. The most recent was this past April at the CMT Music Awards in Nashville. It was The Judds at their best: big hair, a big stage, and a big choir.

It would be the last time they would ever perform together.

After a long and public battle with depression, Naomi Judd took her own life at the age of 76.

Wynonna recalled: "I got the call, and I went over, and I saw her and I said goodbye to her in the hospital, and I closed her eyes, and I kissed her forehead, and that was that. And next thing I know, I'm sitting here on the side porch, and I'm just trying to figure out what's next."

The next day, The Judds were inducted into the Country Music Hall of Fame. 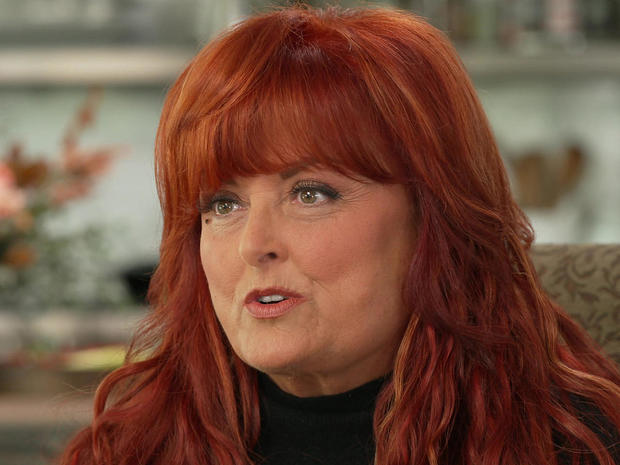 Wynonna told Cowan, "I did not know that she was at the place she was at when she ended it, because she had had episodes before and she got better. And that's what I live in, is like, 'Was there anything I should have looked for or should I have known?' I didn't."

Cowan asked, "This is kind of a strange question, I guess, but …"

"Are you angry at all"

"Does that ever go away?"

"No, I don't think so, not for a while. And I'll let you know. I'll call you up and literally send you a note."

Really? "Yeah. She told me one time, she took my hand and she said, 'My life is better because of you.' Those are the memories that are starting to come through, more and more. I think when you lose your mother, a lot of that crap goes away, 'cause it doesn't matter anymore. It just doesn't."

Neither do some of the disagreements she had with her very famous sister, actress Ashley Judd.

"And yet, it seems like you grieve in different ways?" asked Cowan.

"We do, very much so. Every family member can agree with me on this one. We're all very different in this family."

All three Judds lived near one another, about an hour outside of Nashville. The memories are everywhere – even the old red Chevy parked near a pasture, which, Wynonna said, still runs. "My mom used to give me the grocery list and send me to the store, by myself in this car at 13," she said. 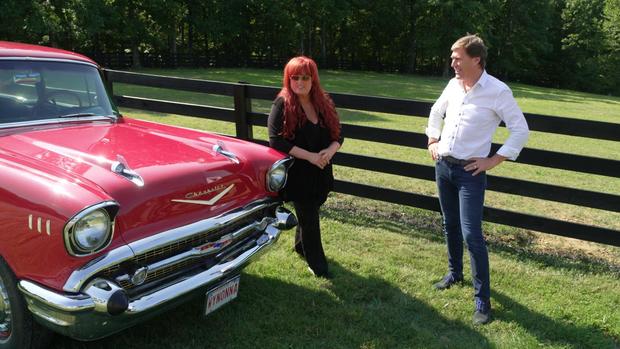 Her rock through the last few months, she said, has been her husband, musician Cactus Moser, who's about to be backing her up on a new tour starting this week, featuring mostly music by The Judds.

It was supposed to be a reunion tour, one that was announced only weeks before her mom died.

Cowan asked, "Is getting back on tour, is that therapy in some ways?"

"I have no idea. I think it's important to do it, if that makes sense. I feel like I have my marching orders."

Those orders come directly from her mom, she said, along with a few other tips: "She had Kleenex in her bra at all times, now I do," Wynonna said. "And Chapstick! And I've got a tuna sandwich in here somewhere!"

As she began to rehearse, the dam started to break. "I don't know if I can get through this one," she said. 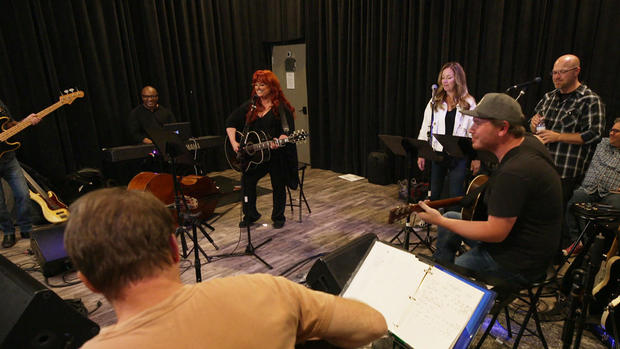 Wynonna Judd in rehearsal for her upcoming tour. CBS News

"Love Is Alive" was a ballad they so earnestly shared for decades.

Wynonna said, "As I walk out on stage that first night, I'll probably say something like, 'It's not supposed to be like this,' because it's not, right? It's supposed to be the two of us. And I'm gonna be angry because she's not there."

Is she looking forward to the tour? Wynonna Judd isn't quite sure, but she's grown up knowing that the show must go on. And music is the only outlet that seems, for now, to keep the grief at bay.

She said, "I wanna come out on stage and sing from my toenails a song that helps someone out in that audience. … It's about me singing to help someone feel better. That's always in my spirit."

If you are in crisis, please call or text the National Suicide Prevention Lifeline at 988, or contact the Crisis Text Line by texting HOME to 741741.