ARLINGTON, Texas – On yet another night when all eyes were on Aaron Judge making history, Luis Severino made a bid for his own.

The Yankees right-hander tossed seven no-hit innings on 94 pitches Monday against the Rangers before a pitch count ended his night early.

Severino, in his third start back from the injured list after missing two-plus months with a lat strain, struck out Nathaniel Lowe on a 99.5 mph fastball to end the seventh inning before manager Aaron Boone met him for a long talk in the dugout. Seconds later, Severino was getting hugs and high fives from teammates.

Reliever Miguel Castro replaced Severino to start the bottom of the eighth.

Severino faced the minimum through six innings, with the only base runner coming on a one-out walk in the third inning that was erased on a double play. In the fifth, he struck out the side, including the last two batters on 99 mph fastballs. And in the sixth inning, he got Bubba Thompson to whiff at a 100 mph fastball before the Rangers center fielder flew out. 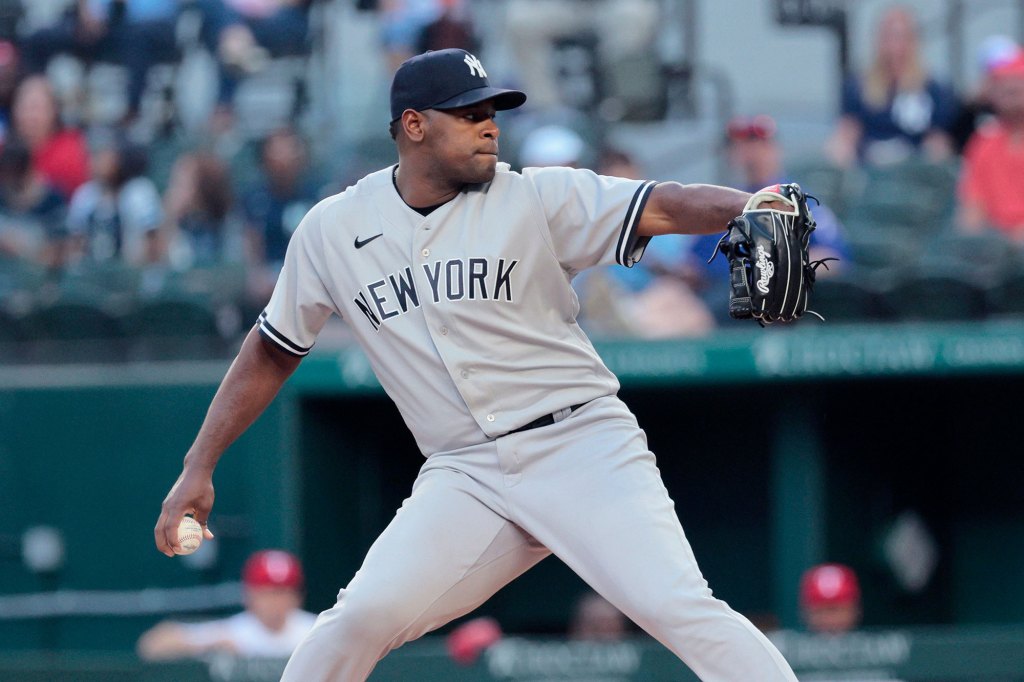 The only issue was that Severino needed 81 pitches to get through six innings. He was coming off throwing 76 pitches last Monday against the Blue Jays.

Severino had taken a no-hit bid through 5 ⅓ innings against the Orioles in April before giving up four runs over six innings. He had only thrown seven innings twice this season.