There are “likely tens of thousands of illicit cannabis businesses” currently operating out of bodegas, smoke shops and other storefronts in New York City — with many of the pop-up shops selling bad or dangerously tainted weed, a new study reveals.

The survey, conducted by the New York Medical Cannabis Industry Association — in concert with the NJ Cannabis Trade Association and Connecticut Medical Cannabis Council — bought cannabis products from 20 unlicensed stores that publicly advertise selling marijuana, and had the products tested by an independent lab.

The lab results found the presence of potentially deadly E. coli, salmonella, heavy metals and pesticides in many products.

About 40% of the THC products failed at least one of the standard tests administered to legal cannabis products and only available at legal medical cannabis dispensaries, the study found.

The lab results also found an example of THC levels more than twice as advertised — with gummy bears labeled at 100 mg of THC at one shop testing at 204.77 mg, the survey alleges. 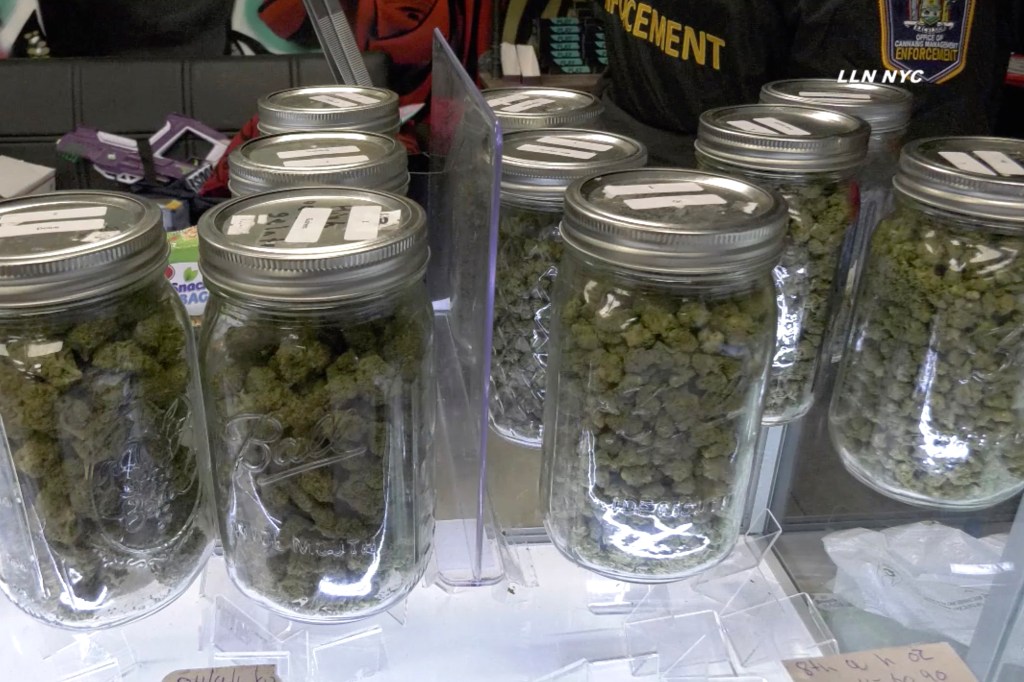 Eight other stores had flowered or other cannabis products that tested at a lower level of THC than advertised, the study claimed.

Half the locations did not ask for identification — a major concern given that youths under the age of 21 are barred from buying cannabis or THC products. Recent studies show that cannabis use among young adults and youths has skyrocketed nationwide as more states have legalized the recreational sale of marijuana.

Equally startling is the study’s admission that there are “likely tens of thousands of illicit cannabis businesses currently out of bodegas, smoke shops, or other retail locations” that are licensed to sell other products. “The estimated number of `back room’ illicit locations in New York City is far too vast,” the study said. 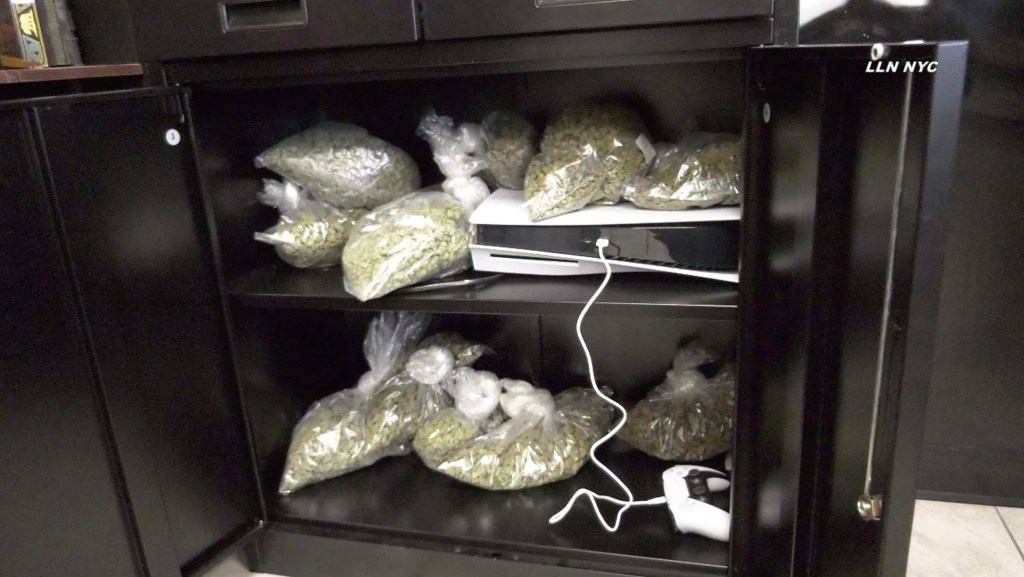 The study found that “thousands” of bodegas and black-market shops are illegally selling cannabis.

Aside from the health dangers of buying from illicit cannabis dealers, the tremendous proliferation of the black-market stores and mobile trucks that pay lower or no taxes on their products threatens to undermine the newly licensed New York state cannabis operators obligated to follow the rules and pay higher taxes that boost the cost of their products.

The state last week issued 36 licenses — 28 to entrepreneurs and eight to not-for-profit groups — to sell cannabis retail. But The Post discovered unregulated shops already operating brazenly across the city, including tidy neighborhoods such as Kew Gardens.

“These bad actors present a clear danger that could undermine both the budding industry and the health of New York residents and visitors,” the study concluded.

“New York has a responsibility to not only protect the health and safety of its residents but also to fulfill the promise of a socially equitable adult-use market. Neither goal can
be realized without stricter enforcement against bad actors.”

Cannabis license applicant Juancarlos Huntt, co-founder of New York for Social and Economic Equity, fumed, “They’re opportunists that are retraumatizing our community and stopping our ability to build wealth.

“They are poisoning our black and brown communities. You cannot build wealth without health and these smoke shop owners are destroying the reputation of New York’s cannabis with their chemicals. They need to be stopped.”