Observations from Jets camp on Wednesday.

After his day when the Jets actually allowed his eight "sacks," QB Zach Wilson scored 12 of his 15 innings. A successful pass and the plan was to take the ball out of his hands. Short route and quick. Wilson's best completion was WR Elijah Moore's sidearm his toss in traffic across the face, with Tariq his Black and Jeff his Smith making his catch the highlight of the other quarterbacks. Wilson was "fired" once, but turned his RPO into a touchdown run. 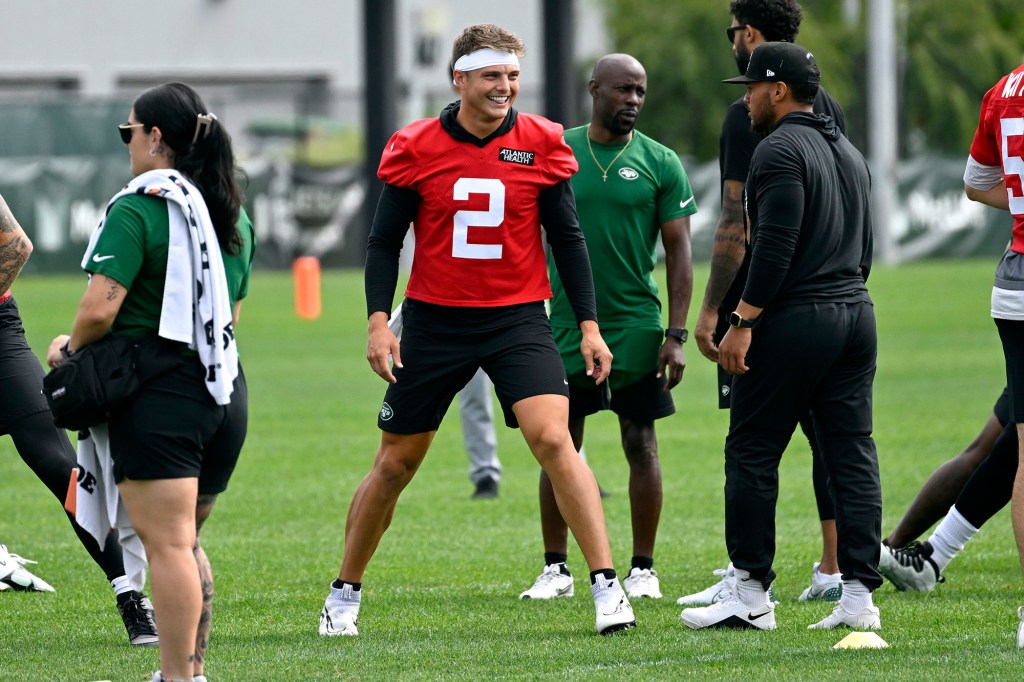 OT Grant Hermanns and DE Micheal Clemons began pushing and pushing after the whistle, and although a few shots landed high around the neck, no closed fist punches appeared to have been thrown. , rookie WR Garrett Wilson dropped twice. Once Joe he's Flacco and once he's Mike White.

Former Jets his receiver Brandon Marshall was practicing for the podcast "I Am Athlete." However, he was not a typical media member. He played catch on the sidelines, stepped onto the field to pick up the flag, and passed his interference. I did.

CB Brandin Echols joined his CB D.J. Reed and he's RB Ty Johnson on the list of hamstring injuries. Head coach Robert Saleh is optimistic that Reed will be back next week. OT Connor his McDermott (ankle) remains out.