Teams from the Ministry of National Planning and Development Coordination (MNPDC), and the Ministry of Agriculture and Livestock (MAL) paid a visit to Sape farm and were glad to witness the progress of the government co-funded cassava Packhouse facility, which is expected to be launched next month. 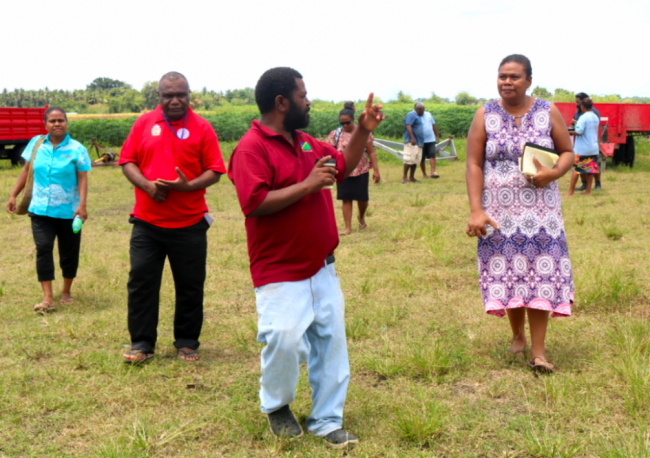 They were received by the Managing Director of Sape farm, Dr Paulson Bosawai Popora, who briefed and updated them on the overall progress of the farm’s Packhouse.

The Packhouse was co-funded by the Solomon Islands Government (SIG) through MAL’s annual Development Budget, and Sape Medical Clinic – which is owned and operated by Dr Popora.

Sape farm was identified as recipient of MAL funding in line with the government’s objective to support the Food Security Programme, and to transform the root crop into an industry in the future. 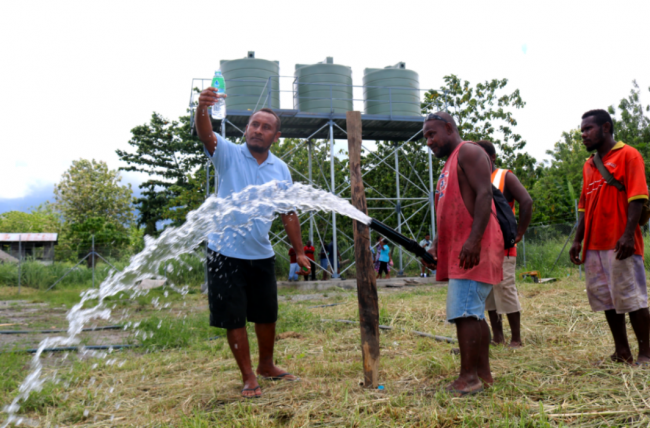 This includes the initial funding of over $2.7million from MAL in 2020. HACCP is a standard and compliance management system the facility will meet when it completes and cost SIG around $1.3 million.

HACCP compliance makes sure that all aspects of food processing, storage and handling are to be conducted in a safe manner.

MNPDC Economic Productive Sector Division Director, Ms Nicola Namo said MNPDC is pleased to see the Packhouse is built up to standard. She was also glad to witness the progress of work that was done so far.

Ms Namo said MNPDC noted the need for further support to the farm in order to ensuring that it is completed and operationalized.  Director Namo adds, MNPDC is encouraged to see such collaboration, which supports the whole value chain.

MAL Director Extension Mr Andrew Melanolu said MAL has been supportive of Sape farm, and is also glad with the work progress done so far.

Sape Farm Managing Director, Dr Popora told the visiting teams that the Packhouse is expected to be launched next month.

Dr Popora said they are awaiting the arrival of some materials, which are still on their way from overseas shipment.

Work on the building, which consists of five different rooms for different stages of cassava process chain, is approximately 80 percent complete. Other works such as fencing, installation of water tanks, boreholes, septic tanks, genset shed with installation of genset have already been completed.

Two Blast Freezers that can accommodate up to 15 tonnes of Cassava tubers each, have already been installed onsite in the Packhouse cool room. 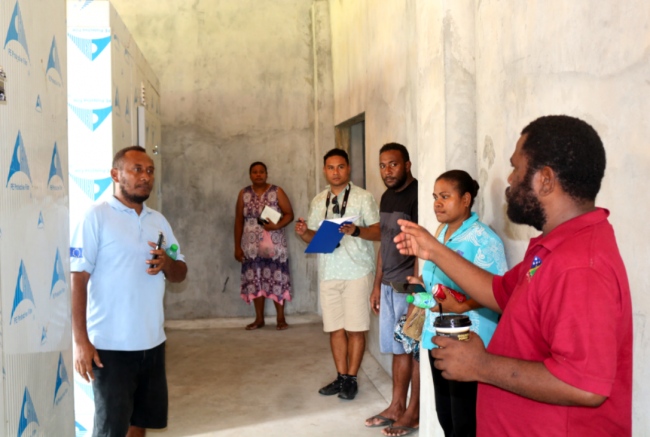 When completed and launched, the farm will process and package cassava into frozen peeled tubers, grated and cassava flour.

Sape farm now has 200 hectares of registered land, and is currently farming cassava on its 40 hectares. The Packhouse facility is the second phase of the supply chain of Sape farm.

The farm started in 2017 as an informal sector establishment, and then registered and commercialized its farming operations in 2020 – because of the need for food security due to the Covid 19 pandemic and the intention to explore export markets.