Naha Community in east Honiara have expressed their gratitude towards the Royal Solomon Islands Police Force (RSIPF) and the Australian Government for the refurbishment of the Naha Police Station.

“In terms of security, we have had this station but since the recent civil unrest it has been closed down, and that has caused fear to some of us,” says Agnes Votaia, a women representative of Naha community during her speech at the reopening of the station yesterday. 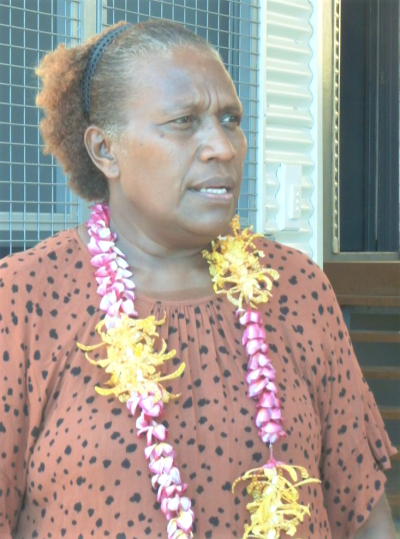 Mrs Votaia says they now feel secure knowing that the station has now been reopened and will be fully operational.

“Now that it has been reopened, we are very happy. The reopening gives us confidence that we can continue to work together with our police in ensuring that we keep our community safe and a better place to live in,” she says.

She adds, they have always reminded their youths to see the establishment of the Police Station in their community as a pride and to work together in ensuring that there is a cordial relationship between the community and the Police.

Meanwhile, Chairman of Naha 4 community Mr. Tom Nanau thanked the Australian government and their taxpayers for their generous support in funding the renovation and rebuilding of the Police Station.

Mr Nanau also thanked the local Police for their efforts in securing the building after the events that transpired late last year.

“What we saw from last year’s event was local security was also enhanced through the community’s efforts in protecting the building from being destroyed, and that must be applauded.

“This demonstrates the support that people here have towards the concept of community policing and taking ownership of infrastructures established for the safety and the betterment of the community,” Mr. Nanau says. 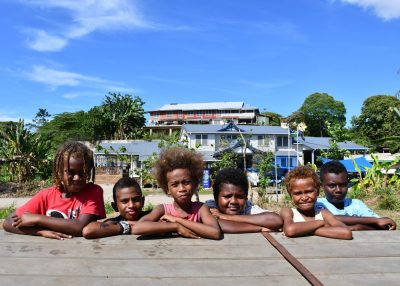 We are now safe: Naha community children, at their back is the reopened Police station. Photo: RSIPF Media

The Police station was set on fire, ransacked, and looted during the peak of the civil unrest on 25 November 2021. People in the community, however, responded quickly and stopped the fire which would have brought the station to the ground. 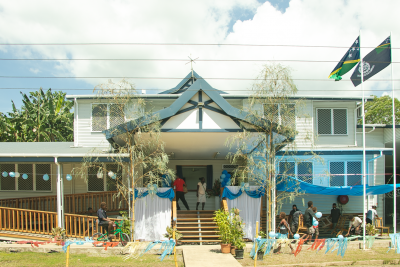 The community also came out in numbers yesterday to clean the station’s compound in preparation for yesterday’s reopening and handing over ceremony.

With its refurbishment, the station now has a Fire Buffer Post, Office Accommodation for Shift Personnel, CID and other Departmental Units, and storage facilities.

The refurbished building was constructed by local contractor Bakos Construction.