The roads such as Pham Van Dong, Vo Nguyen Giap, Yen Bai, Tran Phu ... in Da Nang, which are bustling and crowded areas of Korean tourists, now become deserted in the days. recently. 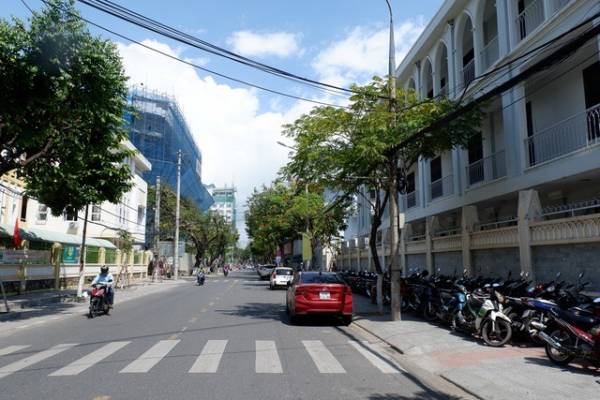 The streets in Da Nang are bustling with Korean tourists

The Covid-19 epidemic in Korea has become more and more complicated, in Ho Chi Minh City. In Danang, the crowded streets of Koreans visiting, living and working in recent days are no longer bustling as before.

As noted, at Vo Nguyen Giap route (Son Tra district, Da Nang city) the atmosphere is empty, no more bustling scenes as usual. Outdoor cafes are almost empty, Korean restaurants and restaurants are also in a state of no availability.

Ms. Nguyen Thanh Dieu (people living in Son Tra District - Da Nang City) said: “Before, regardless of whether it was noon or afternoon, it was always crowded with tourists traveling back and forth. However, in recent days, Korean visitors via Pham Van Dong have decreased.

Some tourist destinations, which are crowded with Korean tourists, are also becoming deserted, the number of tourists declining. Recorded in Yen Bai route (this is the route that regularly releases tourists when visiting places in the city), which is crowded with tourist buses, it is now deserted and silent.

According to people living in Yen Bai route (Hai Chau district - Da Nang city), there are many Korean buses carrying passengers on this route every day. However, in recent days, the number of vehicles and customers has decreased.