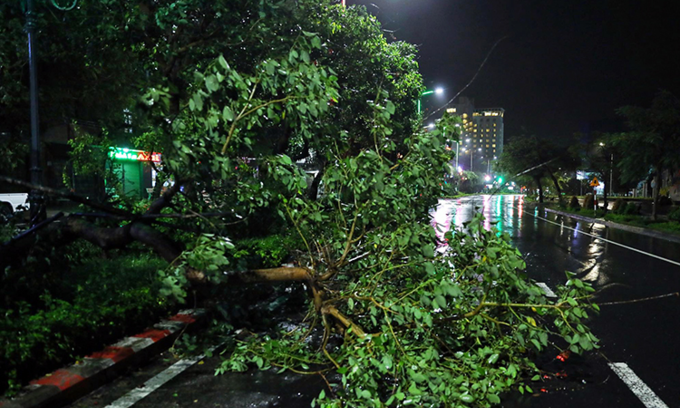 As of 11 p.m. Sunday, Nakri’s center is right above the shores between Phu Yen and Khanh Hoa provinces, with a maximum wind speed of 60 kph, said the National Center for Hydro - Meteorological Forecasting.

In Phu Yen, Nakri has fell several trees in its Tuy Hoa Town. About 59,700 families in the town experienced blackouts. Authorities are on standby for the night, said Vo Ngoc Kha, chairman of the Tuy Hoa People’s Committee.

Vietnam is hit by up to 10 tropical storms during the southwest monsoon between July and October. There were nine last year.