Citizenship should not be reduced to a commodity, European Parliament warns 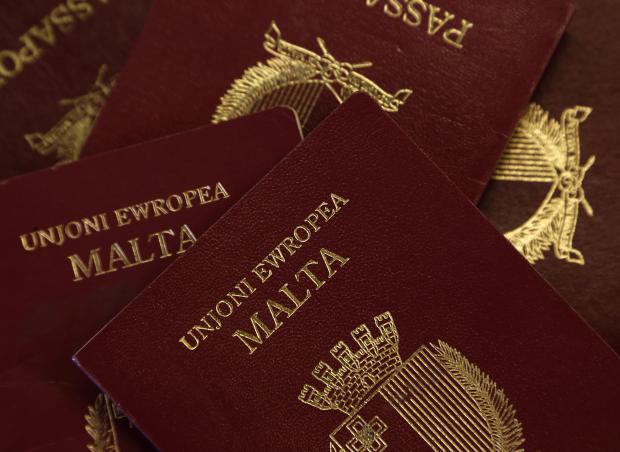 European Parliamentarians on Tuesday called on the European Commission to further monitor cash-for-passports schemes, saying EU citizenship "should not be reduced to a commodity".

In a report by the Committee on Constitutional Affairs, endorsed by the European Parliament, member states were called upon to abandon the sale of residence and nationality.

Malta has received backlash for its scheme, with Justice Commissioner Vera Jourova insisting the Commission did not endorse Malta's sale of passports.

But Prime Minister Joseph Muscat has insisted a former European justice commissioner had agreed with Malta’s passport sales programme and endorsed it in writing.

Golden visas and investor programme schemes carried a "high risk of corruption, abuse and misuse of the Schengen area for criminal purposes", the report warned. It called on the Commission to consider closely national schemes for granting EU citizenship to investors.

The Commission should also emphasise the procedures that member states were required to follow in exercising their power to grant citizenship in a manner consistent to EU law, the European Parliament said.

It reiterated its call on the Commission to come forward with a proposal for implementing Parliament’s recommendations on an EU mechanism on democracy, the rule of law and fundamental rights.

Speaking to Times of Malta following the vote, MEP Francis Zammit Dimech said one report after the other reconfirmed that lack of transparency in the scheme was harming Malta's reputation.

“It is deplorable that the Maltese government persists with selling passports,” he said.

The government knew about the damage the sale of passports was creating and was attempting to legitimise the need of the scheme by using funds raked from selling passports for social housing, Dr Zammit Dimech said.

“Do we need to sell passports to offer Maltese people such services? Is this the strong economy [Prime Minister Joseph] Muscat speaks of,” asked Dr Zammit Dimech.

Kane wants to move to Man City with Grealish. He will soon discuss leaving with Tottenham
Real Madrid reported that Odriosola has contracted the coronavirus
Gasperini about Ilicic: He wants to find a team where he will achieve something more significant
Mbappe will not play in the match for the French Super Cup. The game will be held in Israel
Benfica introduced Yaremchuk. The forward of the national team of Ukraine moved from Gent
17-year-old Gurna-Duat can move to Atalanta from Saint-Etienne for 10 million euros
Bayern did not win a single friendly match under Nagelsmann - 3 defeats and a draw

Cocaine and €3,000 in cash discovered by police in Gżira drug bust

The daring Gozitan who was killed in a Nazi camp

From the bench: When are damaged goods grounds to cancel a contract of sale?

Teenage boy, 14, charged with two stabbings within a week

China outbreak spreads as WHO sounds alarm on Delta variant

What happened in the Malta Stock Exchange this week

US gymnast Biles out of two more Olympic finals

'The war has changed': US documents sound alarm on Delta variant

Apologising to the Caruana Galizia family is not enough: Bernard Grech

From the Vatican to Fiji: COVID vaccination becomes compulsory