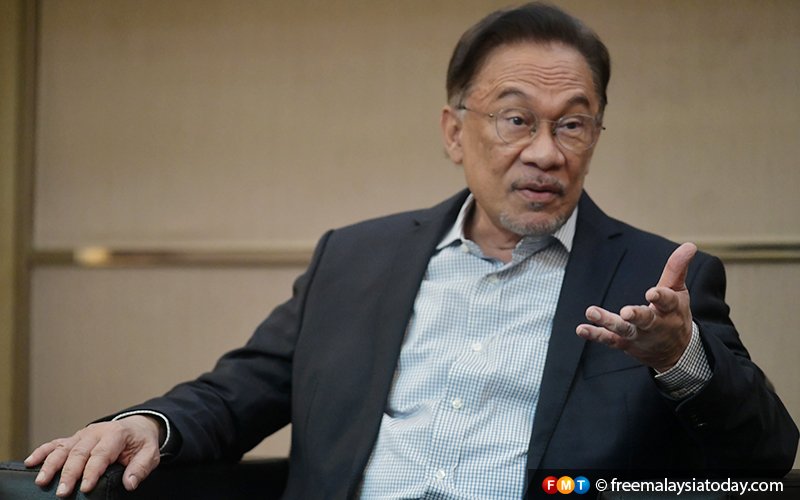 Anwar Ibrahim says the government must do away with policies that only benefit the elite few.

PETALING JAYA: Opposition leader Anwar Ibrahim has called on the government to commission an independent study to identify the reasons why a large segment of Bumiputeras are still struggling despite the privileges accorded to the community.

This, he explained, was to ensure initiatives under the 12th Malaysia Plan reach the intended targets and the underprivileged.

The former finance minister said while policies and initiatives to help the Bumiputeras were welcomed, plans would continue to fail if they did not help those “truly in need”.

“Privileges that are meant to raise the economic well-being of the Bumiputeras have been used to only enrich the elite and therefore widened the income disparity between the rich and the poor,” he said in a statement.

Anwar said government policies to enhance the participation of the Bumiputera community and other ethnic minorities in the economy were better achieved through investment in capacity building, skills training and education.

The government should focus its attention on promoting key economic growth areas and providing adequate support for small and medium enterprises, he said.

He said although the tabling of the 12th Malaysia Plan had been postponed to early next year, the government must study its approach to help the Bumiputera community.

“And do away with policies that only benefit an elite few.”

Bayern are ready to offer Alaba a 5-year contract. Previously discussed a 4-year deal
Klopp, flick and Nagelsmann are up for the best coach of the season award
Lewandowski, Neuer and de Bruyne are up for the UEFA best player of the season award
Totti is close to returning to Roma. He could become Vice-President or technical Director
Juve promised to bring other foreigners to the University, where Suarez took an Italian exam with answers. The case will be referred to FIGC
Bartomeu agreed to let Suarez go to Atletico. The transfer can be made today
Sampdoria player-Greta Thunberg from the world of football: discusses climate issues with Ministers, does not like to fly and is friends with Bellerin
Source https://www.freemalaysiatoday.com/category/nation/2020/08/05/anwar-calls-for-study-on-why-bumis-still-left-behind-despite-privileges/

Ringgit continues downtrend against US dollar at close

In heartfelt video, ex-CJ Malanjum says Opposition did little for Sabah in 55 years

Yet another Covid-19 cluster detected in Sabah

Dr Mahathir not going to Sabah to campaign for Warisan

Lampard urges Hudson-Odoi to seize his chance against Barnsley

So, is Anwar playing a game?

We are ready for snap GE, says PPBM Youth chief

Lukashenko abruptly sworn in for new presidential term in Belarus

Without proof, it is just an ’empty claim’, Muhyiddin mocks Anwar

PM: Anwar must prove he has the numbers, Perikatan stays the government until then

Sabah polls should not be seen as referendum on federal government

GPS solid as ever with Muhyiddin, PBB reps insist after Anwar claims majority in parliament

Despite Anwar’s claim, it’s work as usual for PM Muhyiddin

Sabah polls: Police can deal with any threat, says DIGP

12 new Covid-19 infections in Singapore, including 4 imported cases and 1 in the community

Chevron asks employees to delete WeChat after US ban

Dr M to ‘wait and see’ if Anwar has enough support

Water issue in Kelantan cannot be resolved in a blink of an eye, says deputy MB

Anwar has backing of many Umno and BN MPs, says Zahid

Malaysia ranks seventh among countries with most K-pop related tweets

In veiled jab at Anwar, Muhyiddin says reject those who undermine political stability

Competition with Henderson can bring out best in De Gea, says Fletcher

Reject those trying to destabilise govt, Muhyiddin tells Malaysians amid claim his govt has fallen

Anwar’s announcement could swing votes to Warisan Plus, says analyst