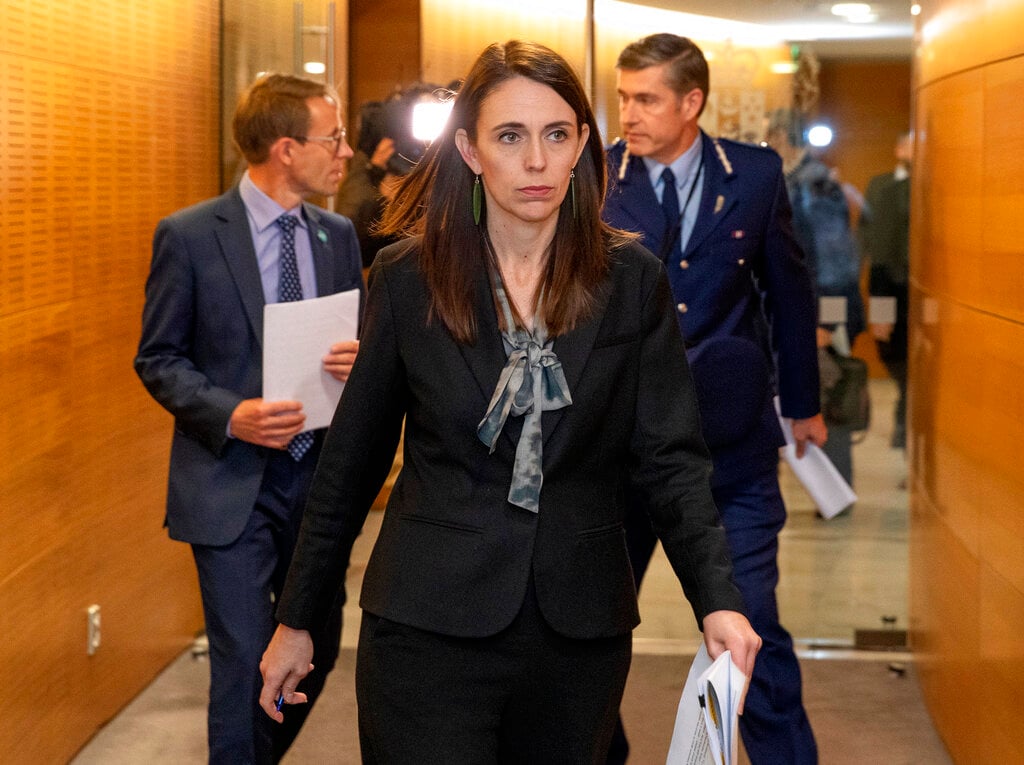 WELLINGTON: New Zealand’s Prime Minister Jacinda Ardern extended a lockdown in the country’s biggest city on Friday in response to the first national coronavirus outbreak in months, sticking with a “go early, go hard” approach she said has proven effective.

Ardern said genomic testing has shown the latest outbreak is a different strain to the original outbreak in New Zealand earlier in the year, suggesting it was new to the country.

The New Zealand leader said lockdown measures in Auckland, home to about 1.7 million people, and social distancing measures across the country that were imposed on Wednesday would remain in place for another 12 days.

Her swift action followed the discovery on Tuesday of the country’s first Covid-19 infections in 102 days, in a family in Auckland. Since then, officials have identified a total of 29 cases, all linked to the same cluster.

“As we have said from the start, our overall Covid-19 strategy remains elimination,” Ardern said in a televised media conference. “Together, we have got rid of Covid before. We have kept it out for 102 days, longer than any other country. We can do all of that again.”

Ardern is under pressure ahead of an upcoming general election, with the main opposition National Party accusing the government of failing to secure quarantine facilities and withholding information.

Ardern said contact tracing and genomic testing had found no links with the current outbreak to the country’s border entry points or managed quarantine facilities.

She said genome sequencing disproved the theory from some health experts that the virus could have been quietly moving through community since the original outbreak.

“This suggests this is not a case of the virus being dormant or of a burning ember in our community,” she said. “It appears to be new to New Zealand.”

Ardern cautioned that more cases were likely in the coming days but said she was confident officials would successfully identify the “perimeter” of the cluster — if not its source — allowing them to isolate cases and remove restrictions.

The earliest case authorities have identified to date is a worker at an Auckland-based cool store owned US-based Americold Realty Trust, who became ill around July 31. Almost a dozen other infections have been directly linked to the facility.

The current Level 3 restrictions in Auckland requiring people to mostly remain at home, and Level 2 restrictions for the rest of the country, are not as severe as the five-week Level 4 shutdown she imposed earlier in the year.

“I would characterise our approach as a ‘short but precautionary hold’ in an ongoing investigation that will stamp out the virus,” she said of the current measures, which will last a total of 14 days, the known incubation period for the virus.

The opposition National Party has been pressuring Ardern to delay the Sept 19 election, arguing their inability to campaign because of restrictions gave her government an unfair advantage. Ardern said on Friday she would make a decision in the next 48 hours.

New Zealanders celebrated when Ardern appeared to eliminate community transmission of the coronavirus with the earlier hard lockdown that forced almost everyone to stay at home.

There were concerns a repeat of that process would come with a huge economic cost and Ardern on Friday announced the extension of a wage subsidy scheme and mortgage deferral programme to support businesses and protect jobs.

“Lifting restrictions now and seeing a potential explosion in cases is the worst thing we could do for Auckland and the New Zealand economy,” she said.

Prior to the extension announcement, Westpac Banking Corp estimated the current level of lockdown measures in Auckland and the rest of New Zealand would cost the economy about NZ$300 million, or 0.5% of gross domestic product.

Click here for our live update of the Covid-19 situation in Malaysia.

De Paul about Messi: you will go to war for such a captain
Giggs on bale at Tottenham: Now we can see him play every week
Tottenham loan Vinicius from Benfica. He was the top scorer last season in Portugal
Hudson-Audrey wants to move to Bayern. The club has been trying to sign him since January 2019
Neuer on winning the German super Cup: scoring 3 goals is always impossible. Fortunately, Kimmich scored
Vasin's agent that the ex-coach of Khimki Gunko refused the player: I don't know anything about it. Maybe he was offered a taxi driver
Shomurodov will sign a 4-year contract with Genoa. Medical check - up-on Friday
Source https://www.freemalaysiatoday.com/category/world/2020/08/14/ardern-extends-aucklands-lockdown-to-stamp-out-virus-outbreak/

In Johor, police nab family of seven for drug trafficking

In Kota Kinabalu, businesses say another MCO-style lockdown would end them

Australian PM pledges A$1.5 bil for manufacturing to rebuild economy

Penang CM: Assemblymen who returned from Sabah all tested negative for Covid-19

Wan Azizah: No need for ‘elite kindergartens’ that will create disunity within communities

Penang recorded RM9.12b in investments in first half of 2020, says CM

Can unemployment be overcome as Covid-19 cases increase? — Fakhrurrazi Rashid

‘Fearless’ Navalny says Putin was behind his poisoning

Singaporean man jailed three months, fined for transferring S$4,000 from his mother’s bank account to his own

This car can produce electricity for emergency response (VIDEO)

Australian job vacancies surge in the 3 months to August

Kremlin critic Navalny to magazine: Putin was behind crime against me

Jail, fine for Singaporean man who persuaded China national to become a prostitute

Australian job vacancies surge in the three months to August

‘California is burning’: Damage to US wine region laid bare

Exhibition for art lovers and their dogs opens in Korea