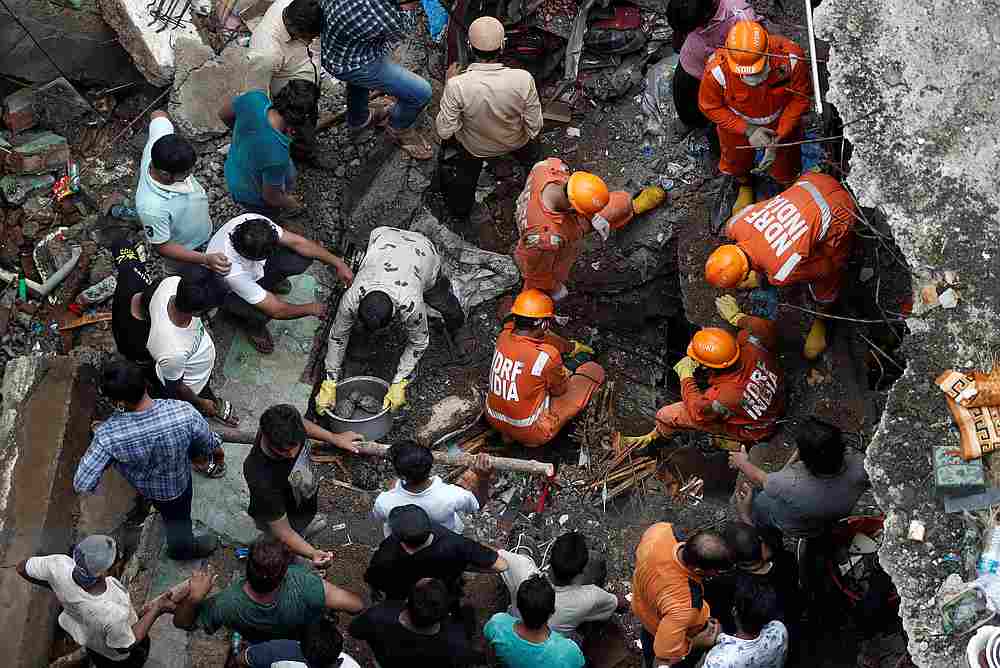 BHIWANDI, Sept 22 — At least 15 people were killed and up to 25 others were still feared trapped yesterday after a three-storey apartment block collapsed in western India, officials said.

Local residents cheered as emergency workers from the National Disaster Response Force (NDRF) pulled 20 survivors — including two boys aged four and seven — from the rubble of the building in Bhiwandi, near Mumbai.

An NDRF spokesman told reporters that emergency workers had retrieved 15 bodies from the rubble.

An official at the Thane city authority, which oversees Bhiwandi, told AFP that more than 40 emergency workers were helping search for survivors.

The cause of the pre-dawn accident was not immediately clear, but building collapses are common during India's June-September monsoon season, with old and rickety structures buckling after days of non-stop rain. — AFP

Neymar is most often fouled in the top 5 leagues since the start of the season. Mane - in the top ten
Mbappe is wary of extending his contract with PSG without being able to leave the club
Lucescu says that it was he who first put Pirlo on the field in 1998. This is not quite true
Bruno on the penalty miss: I'm human, it happens. Next goal for sure
Neymar wants to extend his contract with PSG, but the club has not yet started negotiations. The player's entourage is upset about this
Referee Oliver is appointed for the Bayern - Atletico match in the Champions League. He worked on the game Everton - Liverpool
Ex-judge Halsey: I'm surprised Pickford didn't get a red card. He put van Dijk's health at risk
Source https://www.malaymail.com/news/world/2020/09/22/at-least-15-dead-25-feared-trapped-in-india-building-collapse/1905424

Bersatu left out in the cold as Umno, PAS agree to officially register Muafakat Nasional

Virus, what virus? India gets back to work

Foxconn says it will continue to work with Wisconsin to create jobs, woo investors

Report: Goldman to pay over US$2b in US DoJ’s 1MDB probe

SELANGKAH, MySejahtera and the Covid-19 pandemic

Inflatable scooter looks to the future of mobility (VIDEO)