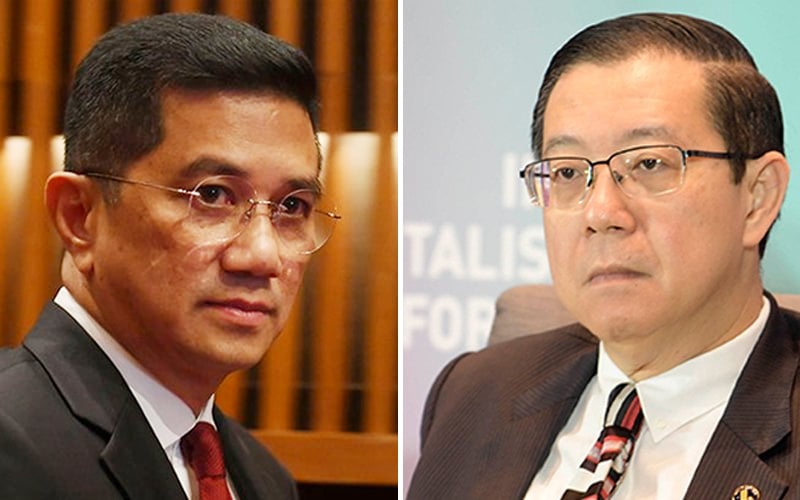 PETALING JAYA: Senior Minister Azmin Ali has accused Lim Guan Eng of twisting the facts when the DAP MP questioned his statement on an international trade agreement in the Dewan Rakyat.

Azmin, the international trade and industry minister under the PN government, had claimed yesterday that the PH government had agreed to ratify the Comprehensive and Progressive Agreement for Trans-Pacific Partnership (CPTPP).

The CPTPP is an agreement among 11 countries.

He said a decision on the ratification was made in September 2018 when the Cabinet agreed to ratify the agreement without any time limit.

Lim (PH-Bagan), however, objected, saying the PH Cabinet had not agreed to the ratification as “we did not want foreigners to interfere” in Malaysia’s trade policies. This was followed by a heated argument between the two.

This evening, Azmin stressed that his answer was based on a decision the Cabinet made on Sept 5, 2018. Azmin was the economic affairs minister then.

He said the PH government never rejected the CPTPP as claimed by Lim, adding that Lim’s statement was both “irresponsible” and “politically motivated”.

“The statement by Lim Guan Eng is confusing and intended to twist the facts.

“It (the statement) should not have been made by an individual who held an important portfolio in the Pakatan Harapan Cabinet,” he said, referring to Lim’s position as the finance minister then.

Azmin said he would leave it to the Dewan Rakyat speaker to take appropriate action.

Jose Mourinho: I Don't know when bale will recover from injury, but he is happy to be at Tottenham
Barcelona agreed with Suarez to terminate his contract (RAC1)
Leipzig have agreed to transfer Turkish League top scorer Serlot for 20+4 million euros
Cavani is still without football: he hunts hares and wild boars at night, does ballet, reloads on fishing
A macaw parrot sat on the head of a Brazilian soccer player during a training session
Mount about Kep: We will protect it. We all make mistakes
Real Madrid offered to sign Cavani
Source https://www.freemalaysiatoday.com/category/nation/2020/08/04/azmin-accuses-guan-eng-of-twisting-facts-on-trade-pact/