‘Doll’ turns out to be dead baby at garbage dump 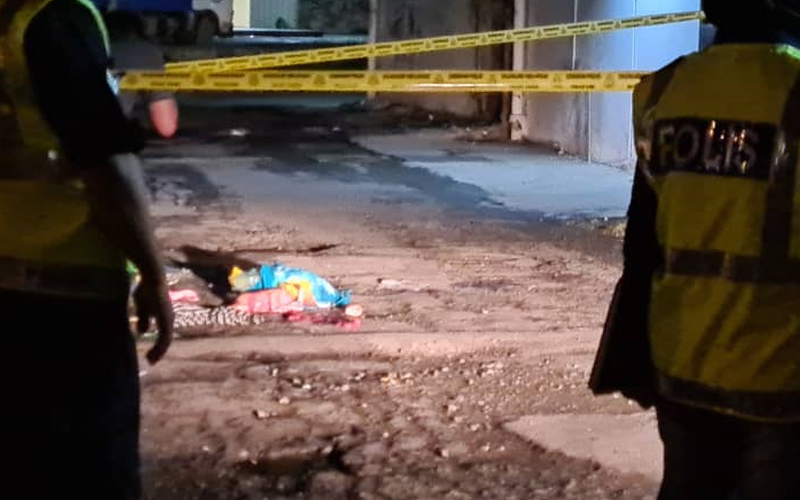 Police cordon off the garbage disposal centre in Inanam following the discovery of the body of a baby.

KOTA KINABALU: A food seller was shocked to find the body of a newborn in a pile of rubbish at a garbage disposal centre in Inanam near here today.

Hassanudin Sabang, 28, had gone to the centre at about 12.30am to discard rubbish. There, he saw what looked like a baby doll buried under the rubble.

He soon realised that it was a dead baby boy with the umbilical cord still attached.

He immediately sought help from passers-by to alert the police.

“I really thought it was a doll. I’m very sad. How can people do this?” said Hassanudin, whose wife gave birth a month ago.

City police chief Habibi Majinji said the baby was well-formed and weighed about 4kg, adding that the body had been sent to the Queen Elizabeth Hospital here for an autopsy.

He urged the public to contact the police immediately if they had any information on the incident.

Solskjaer on Manchester United's defence: I'm confident in my players. Bailly and Maguire showed how well they Interact
Pjanic about Champions League: Barcelona wants to avenge 2-8 in Lisbon and prove it was an accident
Abreu on Suarez for Atletico Madrid: His adaptation will take 30 seconds after the meeting with Simeone
Messi - Suarez: you don't deserve this banishment, but I'm not surprised
Inter is Interested in the Pub. Schalke defender is being considered as a replacement for Skrinjar
Monaco have loaned midfielder Florentina to Benfica. They call him the Octopus
Romelu Lukaku: Racism still Exists all over Europe. This is absurd
Source https://www.freemalaysiatoday.com/category/nation/2020/08/14/doll-turns-out-to-be-dead-baby-at-garbage-dump/

Stocks set for dire week, best for dollar since April

Ahead of Sabah poll, Musa reminds voters to adhere to Covid-19 SOP in Sungai Manila

Follow me if you want ‘leap’ forward, Muhyiddin tells Sabahans

Study: Over 80pc of Britons not heeding Covid-19 self-isolation rules

Want to fly a Boeing? Thai Airways opens its simulators to public

Sarawak to start work on Northern Coastal Highway next year

Sarawak Transport Ministry: No plans to impose licensing or plate numbers for bicycles

UOB says it complies with all applicable laws in market

63pc of Malaysians not getting their promised internet speed during MCO, survey finds

Following truce between PBS and STAR in Tambunan, campaign shifts focus to gush over Perikatan

Marine police seize over RM80,000 worth of contraband in Bintulu raid

Agong still in hospital, Anwar’s meeting postponed by a week

Coronavirus compared to other deadly epidemics

‘Smoke with freedom’: Mexicans get high in marijuana garden outside Senate