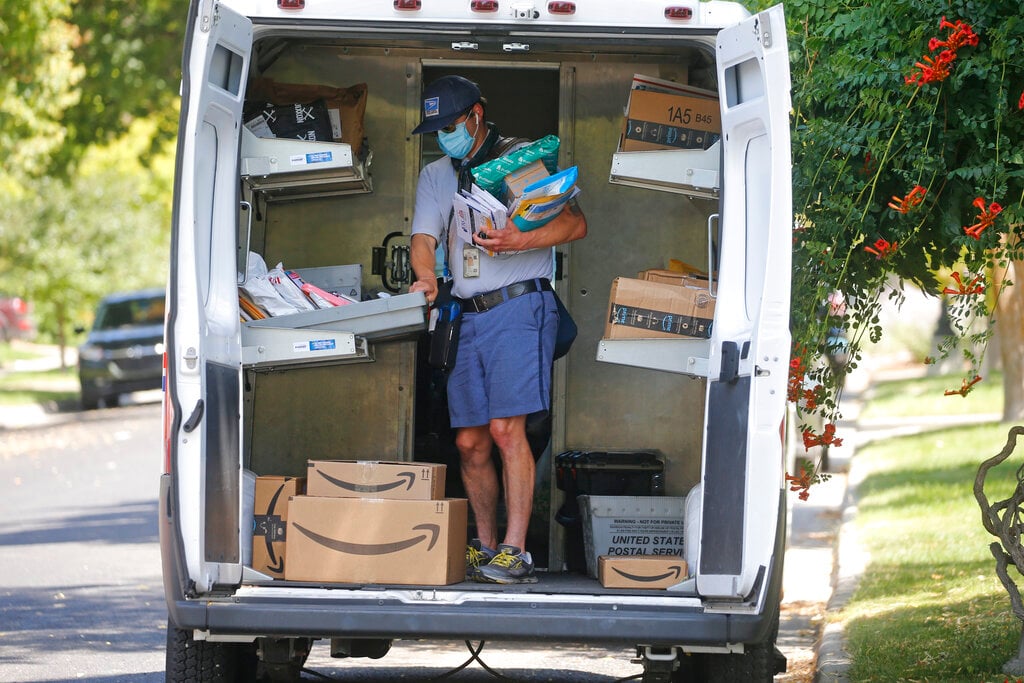 WASHINGTON: A federal judge on Monday ordered the US Postal Service to expedite all November election mail and to approve additional overtime for postal workers.

US District Judge Victor Marrero in Manhattan said the Postal Service must treat to the extent possible all election mail as first-class mail or priority mail express and “shall pre-approve all overtime that has been or will be requested” between Oct 26 and Nov 6.

Marrero’s opinion said that in prior elections, including 2018, the Postal Service typically treated election mail as first-class mail, even if it was sent at marketing mail rates.

“Multiple managerial failures have undermined the postal employees’ ability to fulfil their vital mission,” he wrote.

The Postal Service said Monday it is “reviewing the court’s decision. There should be no doubt, however, that the Postal Service is ready and fully committed to handling expected increased volumes of Election Mail between now and the conclusion of the Nov 3 election”.

Last week, US District Judge Stanley Bastian in Yakima, Washington, issued a nationwide injunction sought by 14 states in a case against President Donald Trump, Postmaster General Louis DeJoy, and the US Postal Service over July changes to the service.

The 14 states, led by Washington, had filed a motion for a preliminary injunction asking the court to immediately halt a “leave mail behind” policy that required postal trucks to leave at certain times, regardless of whether mail was loaded.

DeJoy, a Trump supporter, said in August that he would halt many of the cost-cutting changes he put in place until after the presidential election after Democrats accused him of trying to put his thumb on the scales to help Trump, which he has denied.

A surge in mail-in ballots is expected because of the coronavirus pandemic.

Naumov about the defeats of Zenit, Loko and Krasnodar in the RPL after the Champions League: Lack of professionalism in the players and the ability of the coaches
Ronaldo violated the coronavirus Protocol. An investigation is underway. Italian sports Minister on the departure of the player from Turin
Sports Director of Khimki about 2:0 with Rostov: We proved that we are a team and can win on the road
Jaka defeated Arsenal and Leicester did not create anything except the goal. We will try to take points from Manchester United
Pirlo about 1:1 with Verona: Juve do not need a slap in the face to Wake up and play intensely
Everton and Liverpool in the top 2 at the end of the round in the Premier League for the first time in 27 years
Arteta about 0:1 with Leicester: I Don't know why the hell our goal was canceled. It is difficult to create space when 10 people are sitting behind the ball line
Source https://www.freemalaysiatoday.com/category/world/2020/09/22/us-judge-orders-postal-service-to-expedite-election-mail/

Malaysia to make history with first ever virtual Apec summit

American jailed for attempt to overthrow Vietnam govt back in California

Australia to ‘open up’ Melbourne after no new cases emerge

'Thailand doesn't need you': Ultra-royalists push back against protesters

Singapore to import electricity from Malaysia next year

Verstappen vows to race past 40th birthday to match Hamilton

After rejection of emergency move, Muhyiddin said to be rallying support for Budget

King warns against politicking that will destabilise government — Jamari Mohtar

Woman in China brings 23 relatives along for blind date, man bolts leaving her with a tab for more than RM12,000

Consumer stocks to be under pressure as purchasing power capped

Thuram destined to follow in father’s footsteps, despite case of mistaken identity

Bursa Malaysia slides into red due to market jitters

Israel says to trial Covid-19 vaccine from next month

S.Korea’s rapid Covid-19 testing kit gets US emergency use authorisation

Foreign selling on Bursa Malaysia continues, but eases to RM214.4m

Report: The next Samsung Galaxy Z Fold might come with an S Pen