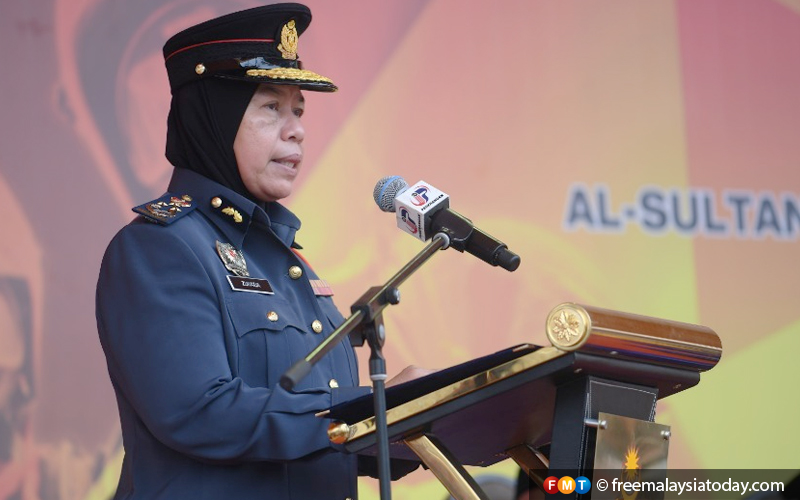 She said that she could not join the PKR retreat as she is busy with International Firefighters’ Day today and has to attend another function in Surabaya, Indonesia.

“Maybe it’s a coincidence. The others may have their own reasons, too,” she said when asked about her absence at the PKR meeting last night.

When asked about her speech at the retreat, scheduled for tonight, Zuraida said she won’t be speaking “unless they allow me to do a live conference”.

Previously, Zuraida had said that there are problems in PKR and outside factors were making them worse.

They were among the senior leaders who signed a statement critical of PKR president Anwar Ibrahim for his call in urging Azmin to give up his Cabinet post if it is true he was the person in several gay sex videos.

The PKR party retreat was also attended by Prime Minister Dr Mahathir Mohamad, who is also Pakatan Harapan chairman. He told PKR members at the retreat that as ruling coalition, they must not allow themselves to be distracted by side issues which are of no value.

The retreat comes after the open feud between Anwar and Azmin.

Haziq had confessed he was one of the men in the gay sex videos, and named Azmin as the other person. Azmin has denied this claim and said this was an attempt to ruin his political future.

Inspector-General of Police Abdul Hamid Bador said the videos were the work of a group masterminded by “a leader of a political party” which wanted to bring down the minister in question by attacking his reputation.

He said the group had paid “hundreds of thousands of ringgit” to certain quarters to produce the video clips but added that facial recognition techniques could not positively identify the person in the video as Azmin.

Meanwhile, Zuraida said that she, on behalf of her local and housing government ministry, will present a paper next week to Yang di-Pertuan Agong, Sultan Abdullah Sultan Ahmad Shah on a proposal to give a RM200 critical allowance to firemen.

She said Sultan Abdullah had asked her about the critical allowance that has yet to be approved by the government.

“The Yang di-Pertuan Agong said that the firemen are frontline officers and asked for a paper to be presented,” Zuraida added.

Klopp about FFP: Yesterday wasn't a good day. If the richest clubs and countries do what they want, it will complicate the situation
Bale trolls real even on the bench: bored, sleeping and looking through a telescope
Klopp on the abolition of the ban city: I'm glad. If they had 10-12 fewer games, the NPL teams would not have a chance
Rashford is PSG's priority transfer target. Manchester United wants more than 100 million pounds for it
Barcelona presented the form for the next season. Messi participated in the presentation
For a about threats: It's not enough to just say no to racism. We need action, education
Liverpool and other Premier League clubs are Interested in midfielder Schalke McKenney
Source https://www.freemalaysiatoday.com/category/nation/2019/07/20/zuraida-denies-she-senior-leaders-skipped-pkr-retreat-on-purpose/

Delta CEO says air travel ‘at a stall’ amid resurgent Covid-19, recovery over two years away

Strange nomination of Azhar not put to the vote, says Dr M

Britain set to back removal of Huawei from 5G

UK economy limps out of Covid-19 slump in May

43 MPs yet to declare their assets, Dewan Rakyat told

Police round up 2 militants during anti-terrorism raid in Barcelona

Malaysia’s unemployment rate rises to 5.3% in May

S.Korea to spend US$95b on green projects to boost economy

347 new Covid-19 cases in Singapore, including 7 in the community and 2 imported cases

Khairy: Challenging times ahead for Perikatan but can still govern despite razor-thin majority

Air Selangor: Water supply to Shah Alam, Gombak, parts of Klang back by 5am tomorrow

Brazil’s displaced indigenous struggle to survive in the concrete jungle

Ismail Sabri: Muslims can pray in tents as long as pitched inside mosque, surau compounds

India’s IT hub Bangalore goes back under lockdown

Ismail Sabri: 225 returnees yet to get second Covid-19 test