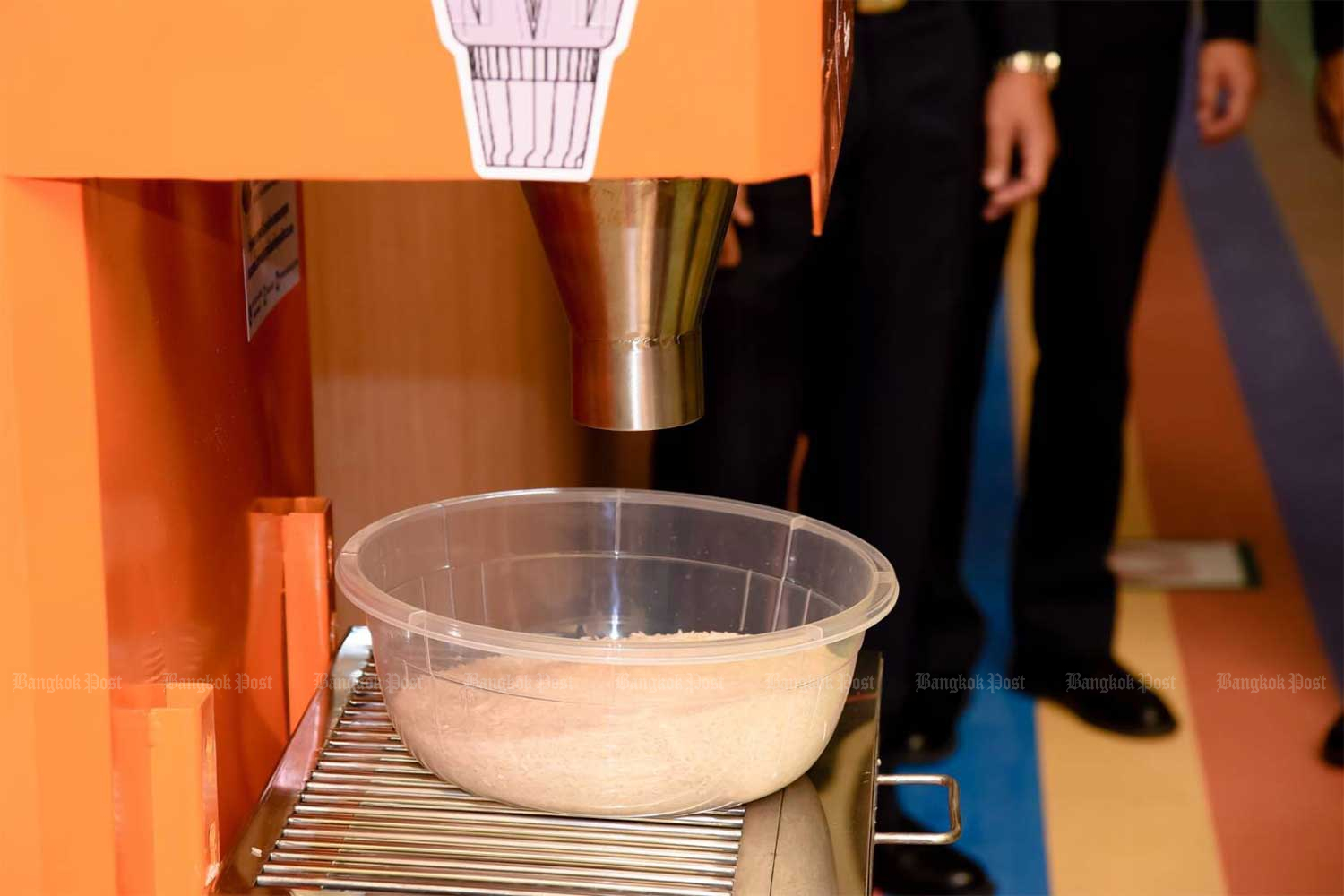 The Royal Air Force installs a rice dispenser, known as skyrice, to hand out free grain to people hit by the coronavirus pandemic. The machine, with the Gripen fighter logo, is installed on the second floor of Khum Kao Building at Bhumibol Adulyadej Hospital. (Photo: Wassana Nanuam)

The Royal Thai Air Force has installed an automatic rice-dispensing machine to hand out free rice to people affected by the Covid-19 pandemic.

AM Torphol Orkhaoyoi, director of the RTAF’s Armament Directorate, had studied ris-dispensing methods in Indonesia, Malaysia and Vietnam and later cooperated with Siwarak Siwamoksatham of the National Science and Technology Department and SK Scale Co to jointly develop an automatic rice dispenser and named it Skyrice, with a Gripen fighter logo.

To get rice, one has to bring a bowl or bag and holds it in front of the sensor-equipped machine. A smart camera, triggered by the sensor, will then take a picture of the person, who is instructed to stamp on a pedal below. The machine will then dispense 1kg of rice into the bowl. The skyrice could hold 100kg of rice donated by the private sector.

ACM Manat said the RTAF floated the idea to help people hit by the coronavirus outbreak.

The RTAF is considering what people needed and would use its knowledge and technology to further help them. 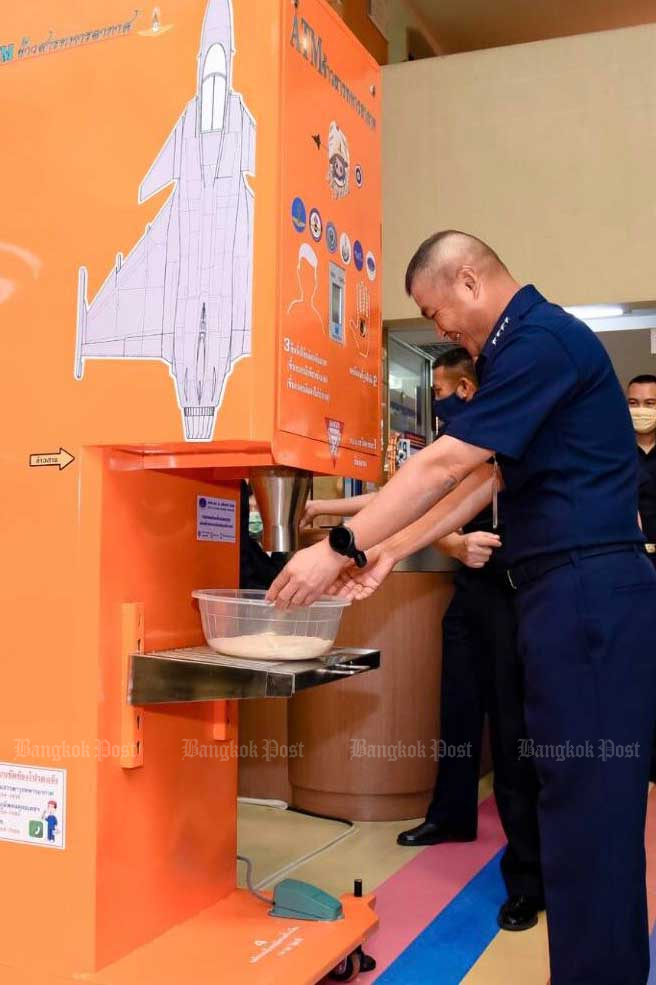 Lovren will make his debut for Zenit in the match against Loko, Lunev will not play due to injury
Real buy players if we sell Bale (ESPN)
Novikov on the composition of Dynamo: the Management is ready to go to strengthen
Pedro will miss a month after shoulder surgery
Agent gencha: He passed the medical examination. I think he will sign a contract with CSKA on Tuesday
Lewandowski on Chelsea: They are playing very well, but we are Bayern
Juventus wanted to sign defender Akieme, but Barcelona refused
Source https://www.bangkokpost.com/thailand/general/1952548/air-forces-skyrice-helps-people-hit-by-covid-19

11 groups of people allowed to fly into Thailand, as of today

Monk attacked by a swarm of hornets in northern Thailand