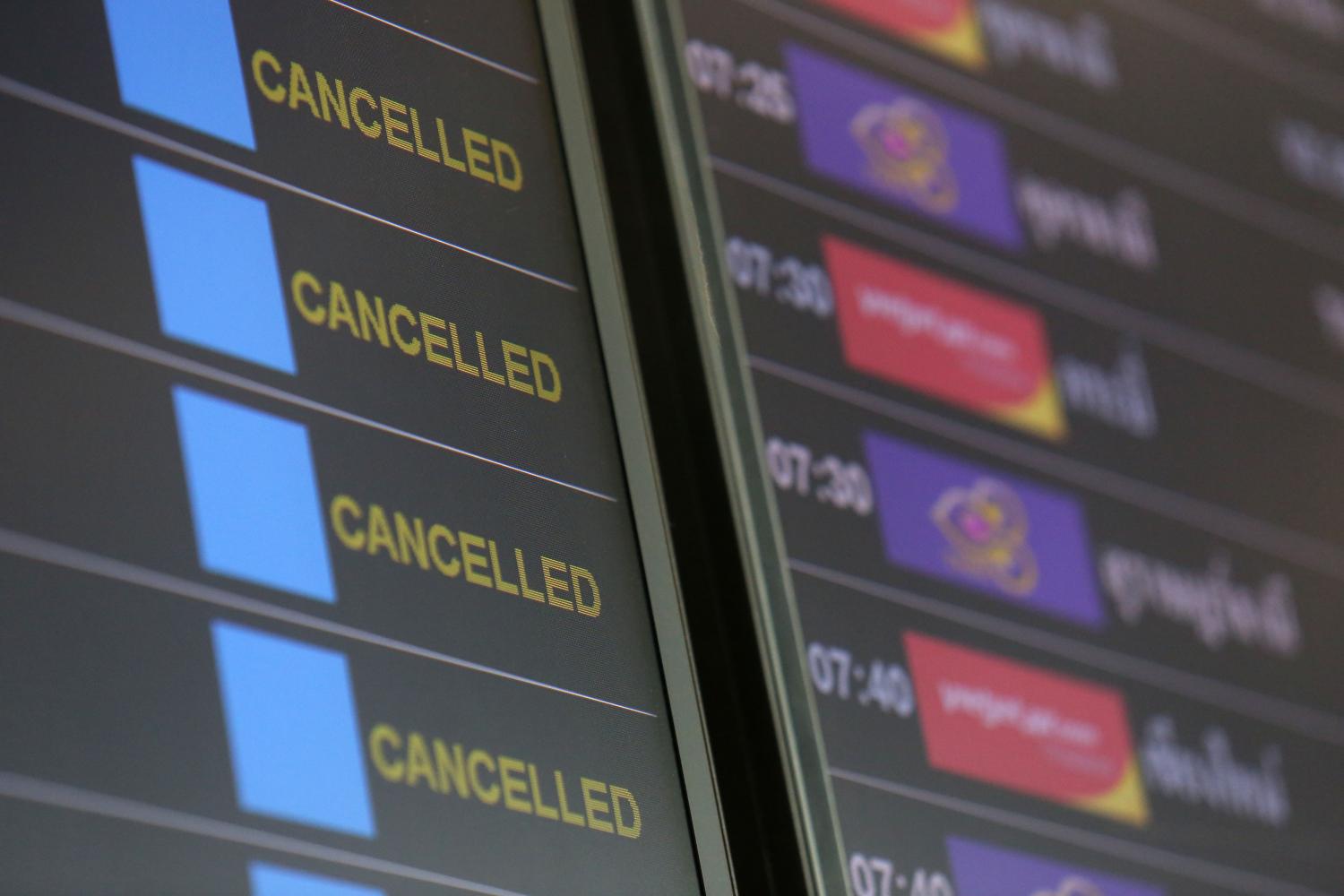 Airlines are bracing for further turbulence as the fresh round of infections is depressing the prospect of recovery, while urging the government to step up the vaccination program to end the crisis.

Puttipong Prasarttong-Osoth, president of Bangkok Airways, said the airline has to wait for an update on the situation which has raised more concern than the second wave late last year.

In the meantime, airlines have to quickly adapt and comply with the government's guidelines.

Recently, the Civil Aviation Authority of Thailand (CAAT) announced the suspension of all domestic flights between 11pm and 4am, while asking airlines to adopt social distancing for passengers.

Mr Puttipong, who is also president of the Airlines Association of Thailand, said the urgent need is to bring many doses of vaccines as possible, whether by the government or private sector, to curb the outbreak and continue with the Phuket sandbox -- the reopening scheme for international travellers.

If the government can control the latest wave within one month, the industry might not be severely impacted.

"Layoffs are the last resort for airlines, because it will be more difficult to recruit new staff when air travel rebounds in the next 3-6 months," said Mr Puttipong.

Nuntaporn Komonsittivate, head of commercial operations at Thai Lion Air (TLA), said the tourism industry has not fully recovered from the previous outbreak.

The number of passengers is estimated to significantly drop after the Songkran festival, especially after the spike in new cases triggered stricter travel policies.

In the worst-case scenario, TLA might possibly reduce flight frequencies to only 10-20 flights a day as seen in January due to the second outbreak.

"The government has to speed up the vaccination process because vaccines are the light at the end of the tunnel which help improve not only the tourism sector but also livelihoods of everyone in the country," said Ms Nuntaporn.

Meanwhile, Woranate Laprabang, chief executive of Thai Vietjet, said the CAAT's flights suspension after 11pm affected around 5-8% of total flights. The airline would like the order to be lifted as soon as the situation improves.

"We still hope that the government would understand how much airlines were impacted from the outbreak and offer support through soft loans for airlines," he said.