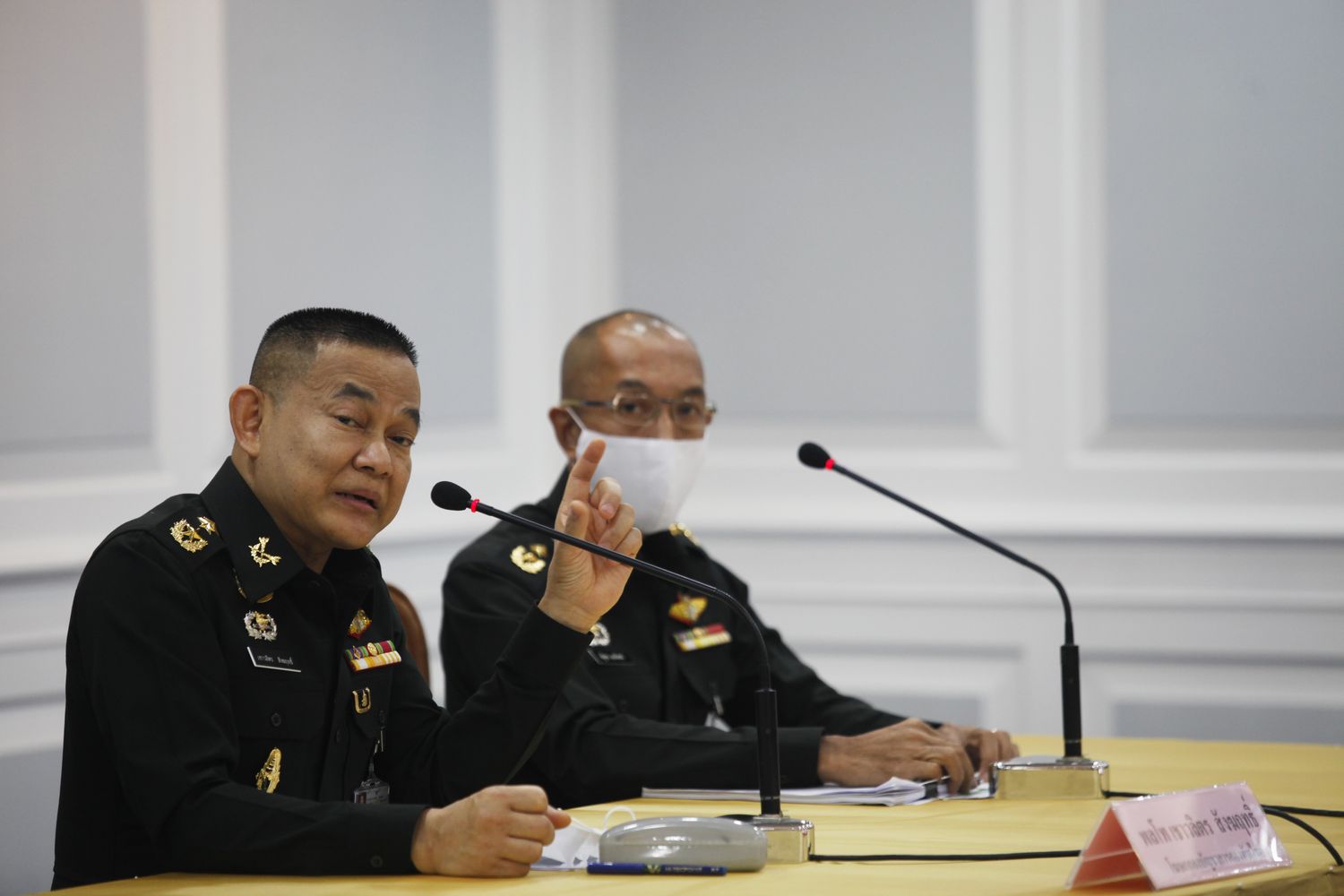 Gen Chaovalit Sangkarit (left), spokesman of the Royal Thai Armed Forces Headquarters, and Major Gen Nauttapol Sangchan, head of the Peace Operations Center, during the briefing at the headquarters on Tuesday. (Photo by Nutthawat Wicheanbut)

The army has admitted one of its doctors had cheated other Thai soldiers stationed in South Sudan out of 170,000 baht by giving them fake shots instead of flu vaccines, which he later sold for private gains.

The case took place last year when the field doctor, a lieutenant whose name was not revealed, and 247 Thai soldiers of the Thai Horizontal Military Engineering Company, were stationed in the African country on a UN-led peace mission.

The probe found he had advised his friends to take flu shots, saying it would help the wake of the Covid-19 outbreak.

He then demanded 500 baht from each of his fellow countrymen, alleging to cover the cost, totalling 170,000 baht.

He then gave them other substances, latest found to be tetanus shots or saline.

The doctor was sent back to Thailand in March last year. “His behaviour is fraud and a serious disciplinary breach,” Gen Chaovalit said.

During the probe in Thailand, the officer did not report for duty and could not be reached. His unit dismissed him from service in April and the Bangkok Military court issued a warrant for his arrest.

The army also sent his case to the Medical Council of Thailand, seeking the withdrawal of his licence to practise medicine, he said.

The council will give him another chance to explain himself after he failed to show up on the first call. If he fails to defend himself again, his licence will be revoked, he said.

“What happened is an offence committed by an individual, who broke the law and the army’s disciplinary regulations. It tarnishes the reputation of the army and the country. The army has taken prompt actions to ensure justice for affected people. We also proceeded to take action on the professional ground to prevent future impacts,” he said.

He added the incident did not affect the Thai mission in South Sudan.

The doctor was a replacement and had not been subjected to a normal screening process because the doctor he replaced had to return to Thailand, he added.

Songkran road deaths, injuries cut in half thanks to Covid restrictions