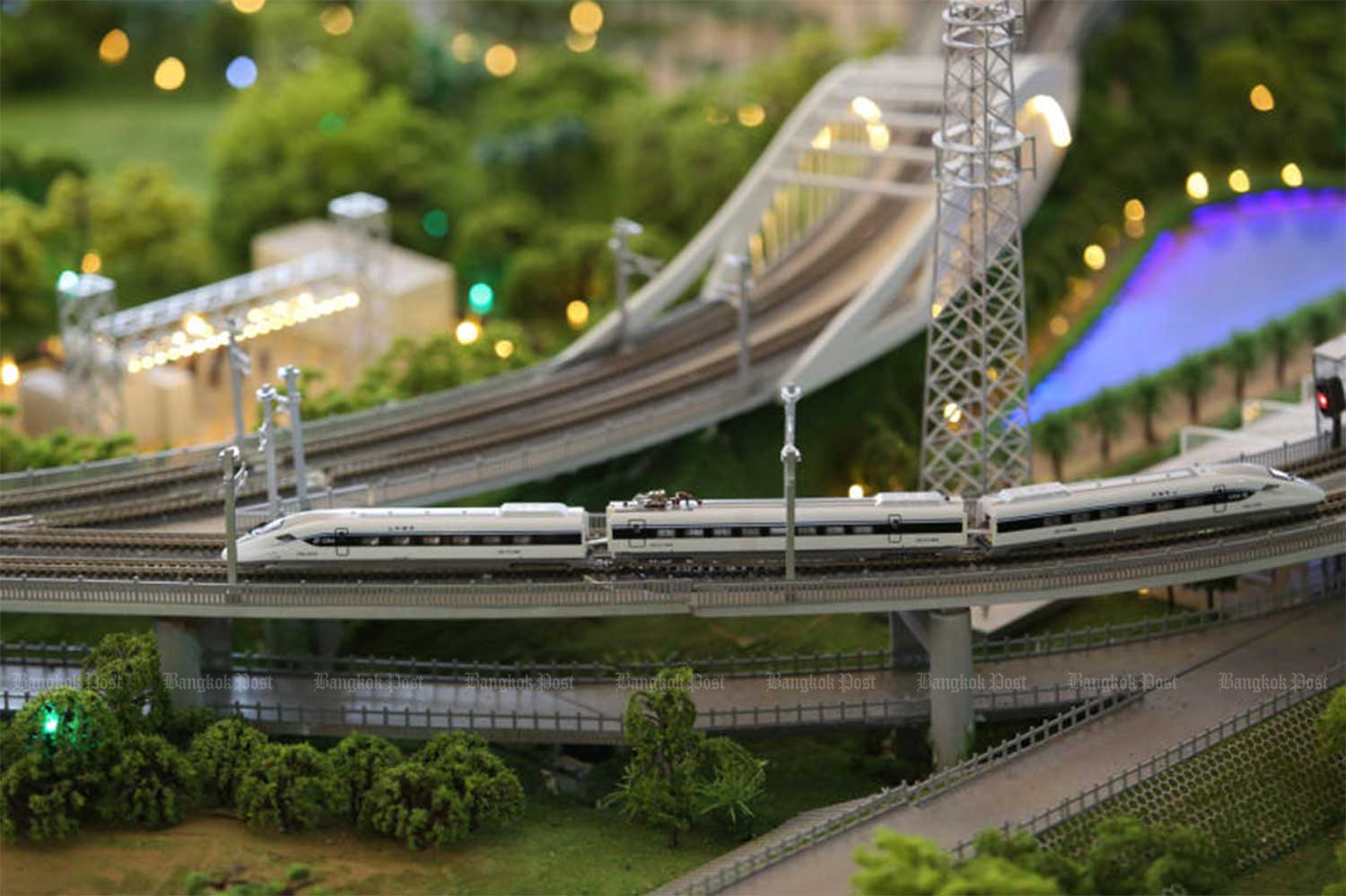 A model of the Thai-Chinese high-speed railway’s first section, between Bangkok and Nakhon Ratchasima, put on display in December 2017 (File photo)

The government will sign 'Contract 2.3', worth more than 50 billion baht, for work on the Thai-Chinese high-speed railway between Bangkok and Nakhon Ratchasima on Wednesday.

Prime Minister Prayut Chan-o-cha will preside over the signing of Contract 2.3 of the Bangkok-Nong Khai high-speed train project, which is for part of the first stage from Bangkok to Nakhon Ratchasima, Ms Traisuree said.

Contract 2.3 is for 50.63 billion baht and covers the purchase of tracks, electrical and signaling and communication systems, procurement of train carriages, personnel training, the operation and maintenance works and the transfer of technology.

There are a total of 14 contracts involved in the 179-billion-baht, 253-kilometre rail route from Bangkok to Nakhon Ratchasima, the gateway to the Northeast.

Daniele Bonera: Milan always wants to dominate, that's the club's philosophy. Lille-a difficult opponent
In Buenos Aires, a farewell to Diego Maradona takes place
We will talk to Messi, but we will not ignore the economic situation. Barca presidential candidate Ruso on Leo's future
Sunderland will be owned by the 22-year-old son of Russia's richest woman. In 2016, the family got rid of Marcel
Liverpool and London clubs will be able to let spectators into the stadiums next week, Manchester United and Manchester City-not yet
Henderson about the incident with Suarez and evra I'm Not sure that Liverpool did the right thing. We didn't think about Patrice at all
Shilton on the Hand of God: the Unpleasant aftertaste is over. Maradona - one of the best in history
Source https://www.bangkokpost.com/thailand/general/2009151/b50bn-contract-to-be-signed-for-part-of-high-speed-railway-first-stage

TEST YOURSELF: Not just 'tall, light and skinny'