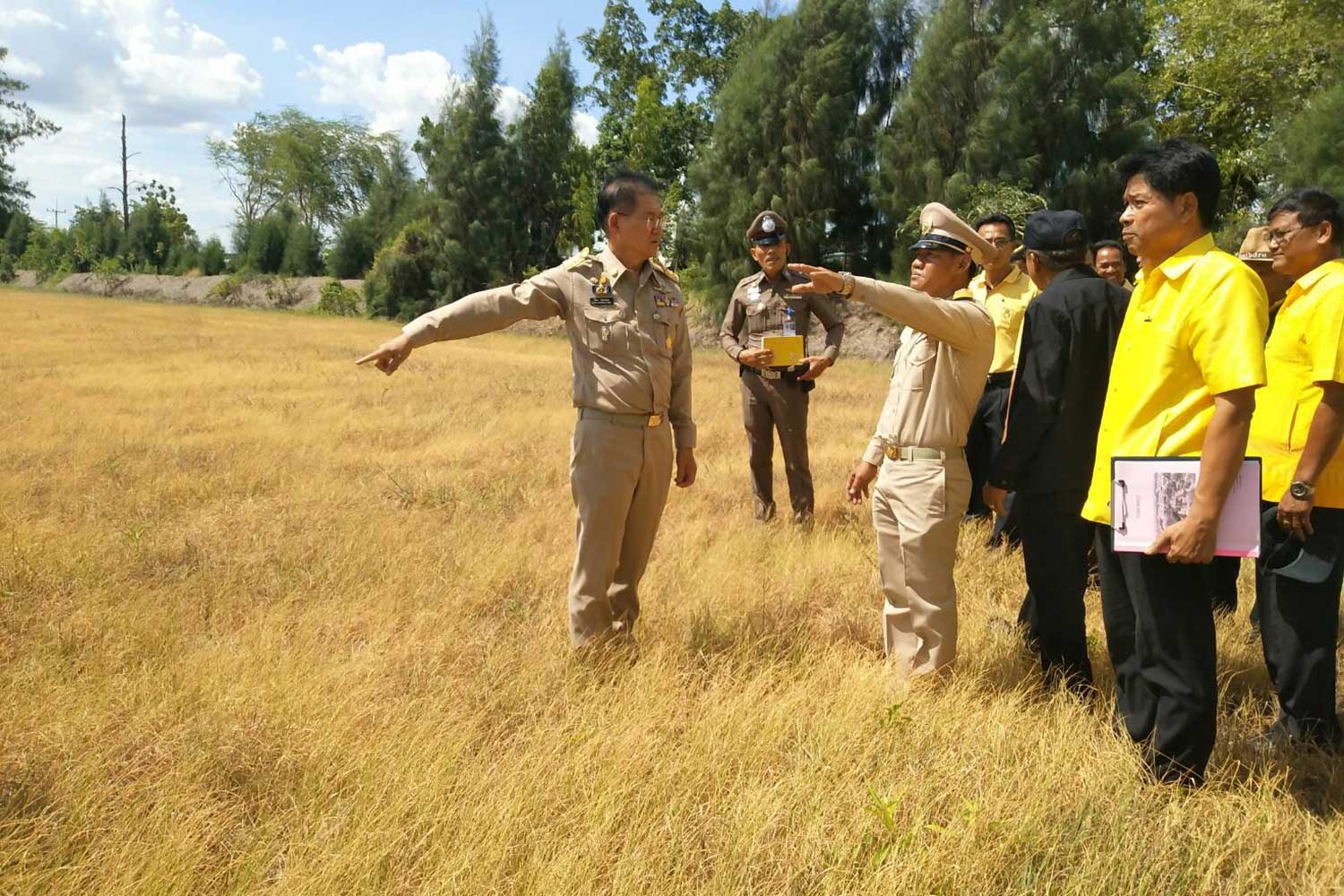 Governor Wichian Chantharanothai on Saturday led officials to inspect the situation in the district and found rice on almost 200,000 rai have wilted and is on the verge of dying. Water sources in the district are running dry.

Unless it rains this month, the crops will be decimated, said the governor, adding water trucks were sent to drought-hit areas for temporary relief.

Mr Wichian said provincial authorities would begin paying compensation to affected farmers by the end of this month. If there is no rainfall, all paddy fields in Phimai district would be gone.

Affected farmers would be entitled to compensation payments of 1,113 baht per rai, said the governor.

So far, 40 villages in 10 districts of this northeastern province have faced a water shortage. The provincial disaster prevention and mitigation office has started cleaning up 86 unused artesian wells so local residents could use some water.

The governor said the ongoing drought was the worst so far this year. He called on the people to prudently use water so all could go through this crisis.

Messi wants to finish his career at Barca. Bartomeu believes that Leo will not leave in a year
Gasperini about Atalanta: we Want to reach the Champions League and break the club's record for points in Serie A
Hames can leave Real Madrid for the Premier League for 25 million euros. A year ago, Atletico and Napoli offered 45-50 million euros for him. Real Madrid Midfielder Hames Rodriguez is likely to change clubs at the end of the season
Gattuso on Napoli: We must develop a winning mentality
Avangard congratulated Zenit with the title: it's Time to match and take the Gagarin Cup
Coach of Orenburg Pro 0:1 with Rubin: Morally devastated, could have drawn
Kike Setien: Griezmann played a great match, understood Messi well, scored a great goal. We changed something
Source https://www.bangkokpost.com/thailand/general/1715839/drought-wrecks-havoc-in-korat

Stranded Thais return from Philippines, one with fever