Flights resume to Hong Kong after typhoon moves on 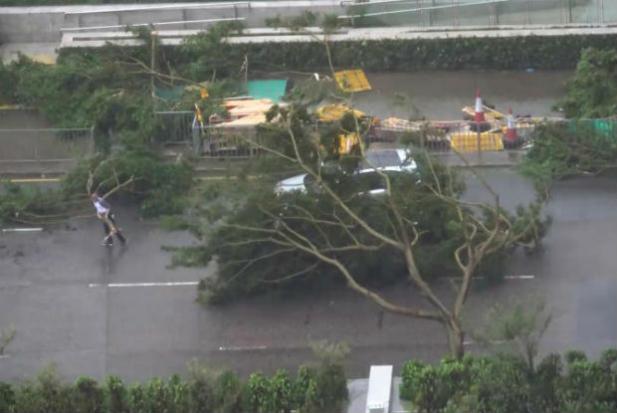 HONG KONG: Cathay Pacific Airways Ltd and some other airlines resumed services to Hong Kong, a city that was battered over the weekend by a powerful typhoon, forcing the cancellation of almost 900 flights.

The city’s flag carrier reported on its website “a gradual return to scheduled flight operations” starting Monday morning. The Hong Kong International Airport said in a Twitter post Sunday that passengers should proceed to the terminals only when their seats and flight time have been confirmed.

“Service resumption will likely be very slow, and still subject to weather conditions, with continued delays and some cancellations,” Cathay cautioned passengers. The carrier scrapped more than 400 flights over the weekend, while Cathay Dragon and Hong Kong Airlines grounded their fleets.

Hong Kong is limping back to normality as the Hong Kong Observatory lowered its rating to a Strong Wind Signal No.3 on Typhoon Mangkhut. The storm left a trail of destruction in the Philippines before heading toward the Pearl River delta in southeastern China, where Hong Kong is located.

Some flights at the airport in Guangzhou, the capital of Guangdong, have also resumed Monday, according to the airport’s website.

Although Hong Kong escaped the brunt, media reports showed images of apartment building windows being blown out, trees being uprooted, scaffoldings collapsing and a crane falling off a building at a construction site. Storm surges raised sea levels by as much as four meters higher than usual in Tsim Sha Tsui, the South China Morning Post reported.

Griezmann suffered the first muscle injury of his career. Earlier, Barca players were dissatisfied with the medical staff
Barcelona will lose 100 million euros due to the coronavirus. The club expected to make 200 million euros in profit
Police have opened a case against Ronaldo's 10-year-old son. He was self-driving a jet ski (The Sun)
Lampard on the cancellation of city's ban: I Never hoped that an extra team would get into the Champions League
Thibaut Courtois: to take the title, you have to suffer. It is not easy to win every match
Antonio Conte: I will not hesitate before leaving if Inter are not happy with what I am doing
Diego Godin: Inter will do everything to keep second place. Now we need to think about how to catch up with Juventus
Source https://www.bangkokpost.com/news/world/1541510/flights-resume-to-hong-kong-after-typhoon-moves-on

All Day Dining and More! คอนเซ็ปต์โดนใจให้อิ่มอร่อยหลากเมนูเช้าจรดค่ำจาก THE COFFEE CLUB

400 people in Rayong being traced, schools closed down, Government apologises

Singapore drops into an official recession

Daughter of Sudanese diplomat tests positive for Covid-19 in Bangkok

Malian jihadist on trial at ICC over Timbuktu destruction

“Let us stay – Why can’t Thai Immigration extend our visas?”

US toughens stance against China's claims in S. China Sea