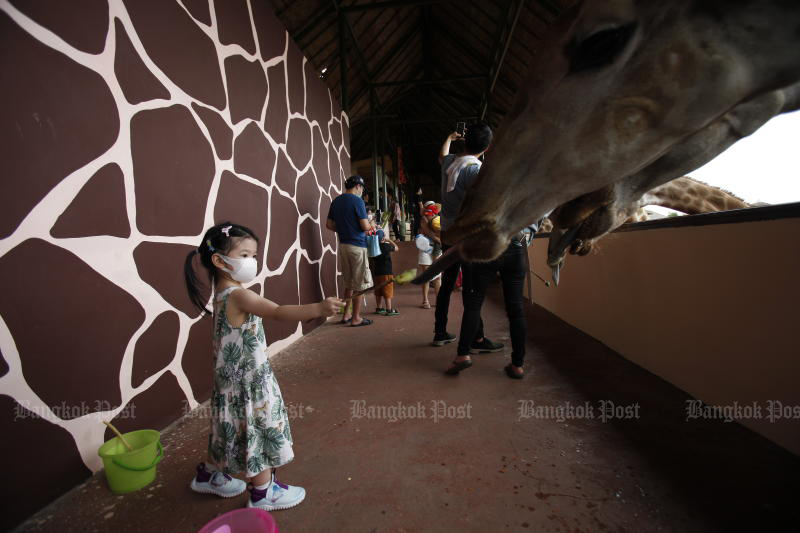 Tourism operators are proposing a new inbound tourism plan, called Safe and Sealed, to replace travel bubbles and keep Thailand from realising a worst-case revenue scenario of 675 billion baht next year, down from 3.01 trillion baht in 2019.

At Wednesday's joint meeting of the Tourism and Sports Ministry and the private sector chaired by Tourism Minister Phiphat Ratchakitprakarn, tourism-related groups offered a proposal to let inbound tourists restart their trips to Thailand in the fourth quarter. The plan envisages safer screening procedures tied with greater flexibility for many countries than the bilateral travel bubble scheme would have afforded.

Vichit Prakobgosol, president of the Association of Thai Travel Agents (Atta), said that while Thailand has started to welcome certain groups of foreigners, the total number will be less than 100,000 and cannot prevent tourism-related businesses from going bankrupt.

The new inbound plan is expected to draw at least 500,000 tourists to Thailand and generate 50 billion baht in revenue. The cost of the package would be 100,000 baht per person, higher than the average price of 50,000 baht before the pandemic.

Mr Phiphat said the scheme offers the last chance to help the majority of tourism businesses survive and avoid layoffs in the fourth quarter if Thailand continues to close its borders to international tourists.

“'Safe' means we will select only guests from cites with a record of no infections for at least [the previous] 30 days, and they can travel under the 'sealed' conditions provided by tour operators in designated hotels and provinces that agree to welcome those tourists,” he said.

Other screening processes are also required, such as an infection-free certificate 72 hours before flights, as well as insurance and swab tests.

Tourism Authority of Thailand (TAT) governor Yuthasak Supasorn said Mr Phiphat will forward the proposal to related organisations, including the idea of setting up a tourism fund to provide soft loans to the industry, which has struggled to secure loans from commercial banks.

Tourism businesses want the government to help start the fund with a 100-billion-baht budget.

As most operators have had zero revenue in the past six months, unemployment in the sector could grow to 2.5 million as businesses cannot bear more losses, he said.

The agency also shared its 2021 tourism scenario with representatives from the private sector.

If Thailand can gain momentum by receiving international tourists, the best case indicates that tourism revenue could recover to 50% of 2019 levels, or 1.52 trillion baht.

Mr Yuthasak said that goal has become a far-fetched ambition unless a vaccine is found.

She said the greatest burden for hotel operators is loan payments for investments made before the outbreak, an amount totalling roughly 700 billion baht.

Hotel operators are asking banks to extend the suspension period for principal and interest payments for an additional six months because tourism has not yet recovered.

Barcelona's Interest in Isak Increased after Koeman's appointment. Larsson has a high opinion of the player (Mundo Seportivo)
Manuel Pellegrini: When you play against Real Madrid and var, it's too much
PSV and Porto are Interested in Barcelona midfielder PUC. He doesn't want to leave the club
Puyol about Barcelona: If we want to win the championship, we need to perform very well
Schalke sacked Wagner. The team has not won the Bundesliga since January
Iacini on 3:4 with Inter: Even a draw would be an unfair result, given how many chances Fiorentina created
Ramos Pro 3:2 with Betis: the Referee tried his best and didn't do anything intentionally
Source https://www.bangkokpost.com/business/1963307/safe-and-sealed-plan-brings-hope-for-inbound-tourism

No end in sight: Bangkok's flood problem to persist

7 business mistakes to avoid during a crisis