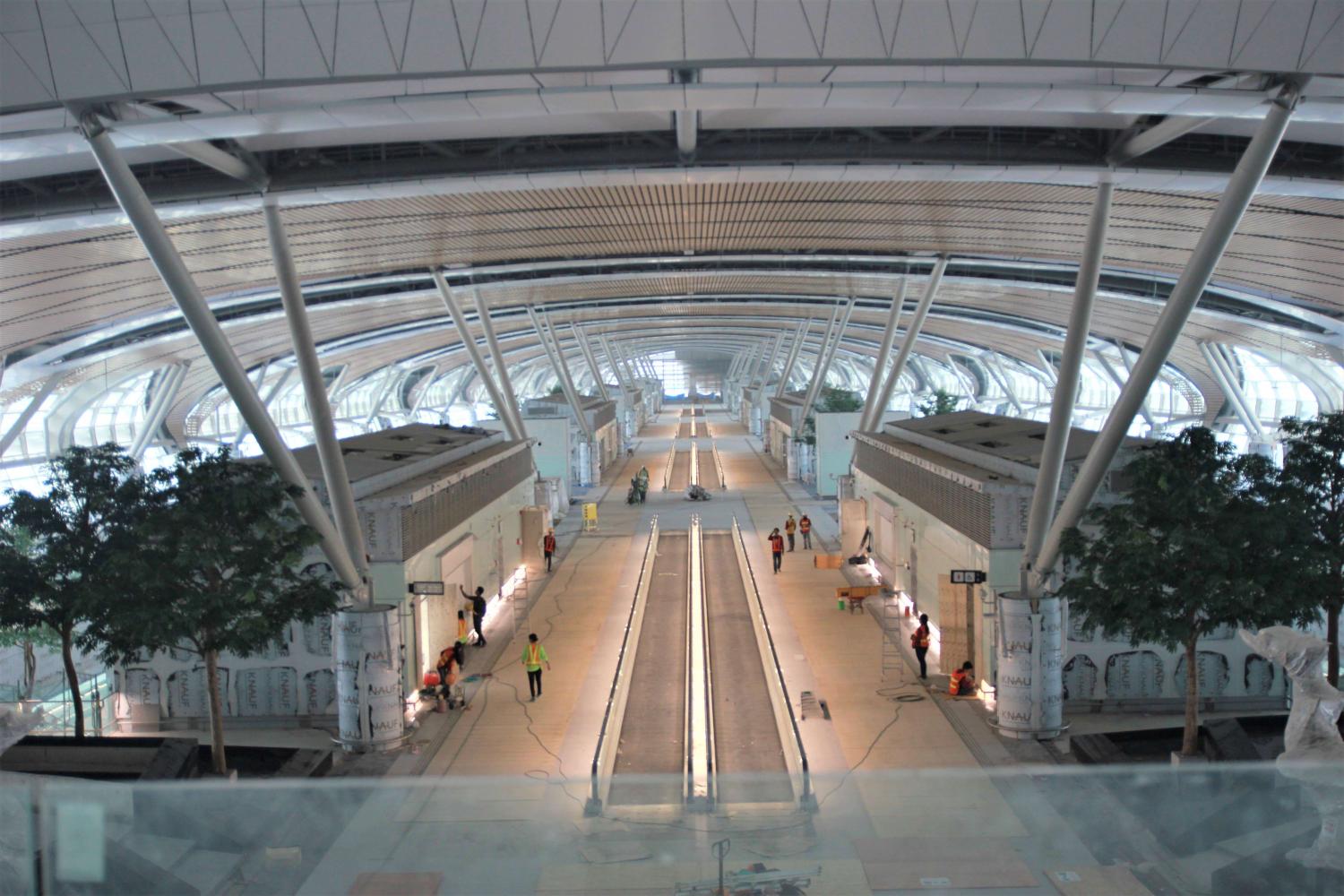 Technicians work on the Satellite I terminal at Suvarnabhumi airport. Construction is expected to be finished in April next year. Airports of Thailand

Despite negative growth in air traffic and passenger numbers brought on by the Covid-19 pandemic, Suvarnabhumi Airport has reasserted its goal of becoming Southeast Asia's air traffic hub.

Suthirawat Suwanawat, general manager of Suvarnabhumi, which celebrates its 14th anniversary this month, said the airport had been hit hard by the global health crisis after having witnessed a sharp slump in flights, passengers and air cargo compared with the 2019 fiscal year.

According to Mr Suthirawat, the volume of air cargo stood at 1 million tonnes, a decrease of 22.68% from last year.

Since Suvarnabhumi Airport opened in September 2016, it has welcomed more than 685 million passengers and handled four million flights and 17.5 million tonnes of air cargo, he said.

The airport is investing to improve services and convenience for passengers such as replacing a fleet of shuttle buses with vehicles which have lower decks to cater for people with disabilities, he said. Mr Suthirawat says the airport will also set up a Perishable Premium Lane (PPL) to provide services for certifying farm products earmarked for export as an additional service for Thai businesses.

Following the outbreak of the Covid-19, Suvarnabhumi Airport has cooperated with the government and the Civil Aviation Authority of Thailand by imposing revised passenger screening requirements to help curb the spread of the virus, Mr Suthirawat said.

His remarks came as the International Air Transport Association (IATA) announced last week it was working with the International Civil Aviation Organisation and health authorities to develop advanced Covid-19 testing kits and procedures for passengers prior to departure as an alternative to quarantine measures to re-establish global air connectivity.

Alexandre de Juniac, IATA's director-general and CEO, said international travel was 92% down on 2019 levels after more than six months in which countries closed their borders to fight the pandemic.

Some governments have cautiously re-opened borders since then but there has been limited uptake in flights because either quarantine measures make travel impractical or the frequent changes in Covid-19 measures make planning impossible.

"With the cost associated with border closures rising daily and a second-wave of infections taking hold, the aviation industry must unite with governments and testing providers to find a rapid and affordable testing solution that will enable the world to reconnect," said Mr de Juniac.

The National Hazardous Substances Committee ruled in favour of consumer groups to keep its ban on the use of paraquat and chlorpyrifos in Thailand's agricultural sector. 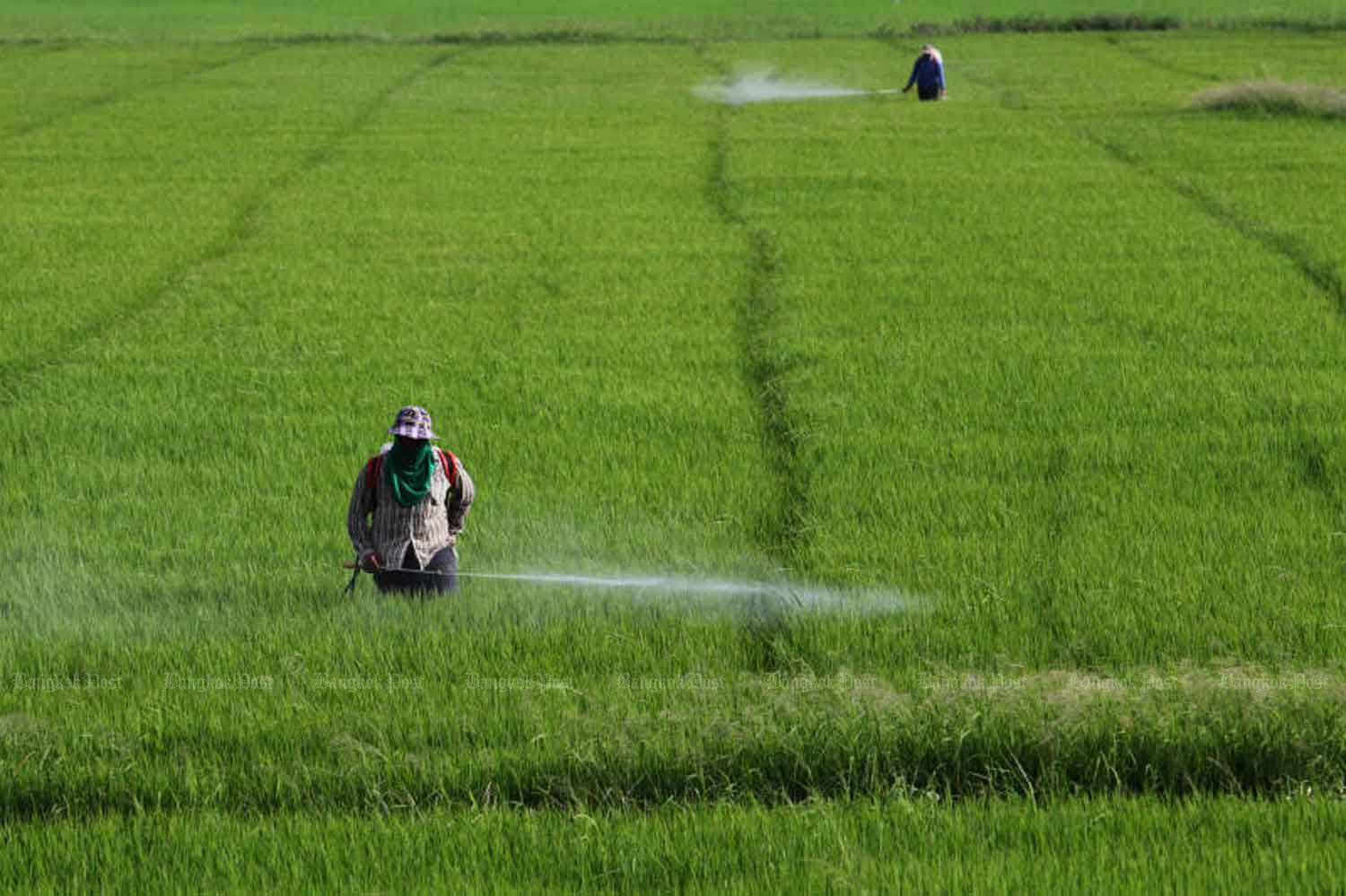 Mbappe is wary of extending his contract with PSG without being able to leave the club
Lucescu says that it was he who first put Pirlo on the field in 1998. This is not quite true
Bruno on the penalty miss: I'm human, it happens. Next goal for sure
Neymar wants to extend his contract with PSG, but the club has not yet started negotiations. The player's entourage is upset about this
Referee Oliver is appointed for the Bayern - Atletico match in the Champions League. He worked on the game Everton - Liverpool
Ex-judge Halsey: I'm surprised Pickford didn't get a red card. He put van Dijk's health at risk
Ander Herrera: I didn't feel love from Manchester United. The management and I had different views
Source https://www.bangkokpost.com/thailand/general/1993135/suvarnabhumi-has-sights-set-high

Why Beijing may want to keep Trump in the White House

Morales says will return to Bolivia after ally's election victory

Lecturers, students petition PM against use of violence