The head of Social Security yesterday revealed the issues behind the latest round of late payments to pensioners and other beneficiaries across Antigua and Barbuda.

Executive Director at Social Security David Matthias explained that a system failure was partly responsible for the payments being backed up to April.

He admitted that while Social Security has achieved some improvement compared to the months prior due to better planning, more must be done to ensure processes run smoothly.

“It has taken far longer than we expected it to take, and it does say that we need to enter into a different phase of planning such that we do not have these disruptions again occurring at any point in time,” Matthias said on Observer AM yesterday, even as a picket was taking place on Long Street in front of the Scheme’s office.

Matthias said that those entitled to short term benefits including sick leave, maternity leave and funeral grants are at the forefront of his mind. He also said that the system failure resulted in Social Security being as much as six months behind in processing claims.

He pledged that Social Security will pay out May’s benefits by next week after the body meets its April obligations.

Observer was present at yesterday’s picket and gathered the voices of those directly affected by tardy payments.

Yesterday’s protest, much like previous pickets of the Scheme, was organised for senior citizens and other concerned residents to show their frustration and get answers from those in charge.

Leonie Henry of Paynters, 76, said her pension cheque is her only source of monthly income and late payments result in financial challenges.

“That’s the only thing I have to depend on every month. Sometimes you go to the bank after they tell you they paid the money, and when you go, no money is there.

“You have to keep going and going and sometimes you can’t pay your bills on time. I don’t like to depend on my children for everything,” she told Observer.

“Every month, it is the same problem and it is not right. Fair is fair. Give pensioners what they worked for and stop treating us like dogs. You have to buy food, which is very important, plus you have to pay bills and take care of other things,” he said.

Whitfield Davis of Swetes, 57, said that while he has not yet attained the qualifying age for receiving pensions, he came out to represent his elderly father who was not able to attend.

“It’s hard. It’s only once in a while I come to town, and when you go, sometimes the money is backed up for two and three months,” he explained.

Another man, who asked to remain anonymous, told Observer that he was injured at work a while ago, and he had to wait a year to receive his sick leave benefits. In the interim, he had to foot the bill for his medical bills, and he understands the frustration of other beneficiaries in similar situations.

Cordley George, of Fort Road, who is approaching his 70s, shared his sympathies with citizens struggling to make ends meet and encouraged the younger generation to take the matter of late payments seriously.

“If I didn’t have a little reserve that I use very sparingly I’d be in problems. I do a little farming and I’ve managed to put away something in case of a situation like this. If I was totally dependent on Social Security, I’d be in a sorry state,” he said.

Thirteen-year-old Aaiden accompanied his grandmother to the demonstration. He told Observer that he has witnessed the struggles faced by his grandmother due to Social Security being behind on issuing pension payments, and he believes more young people should picket for their elderly relatives. 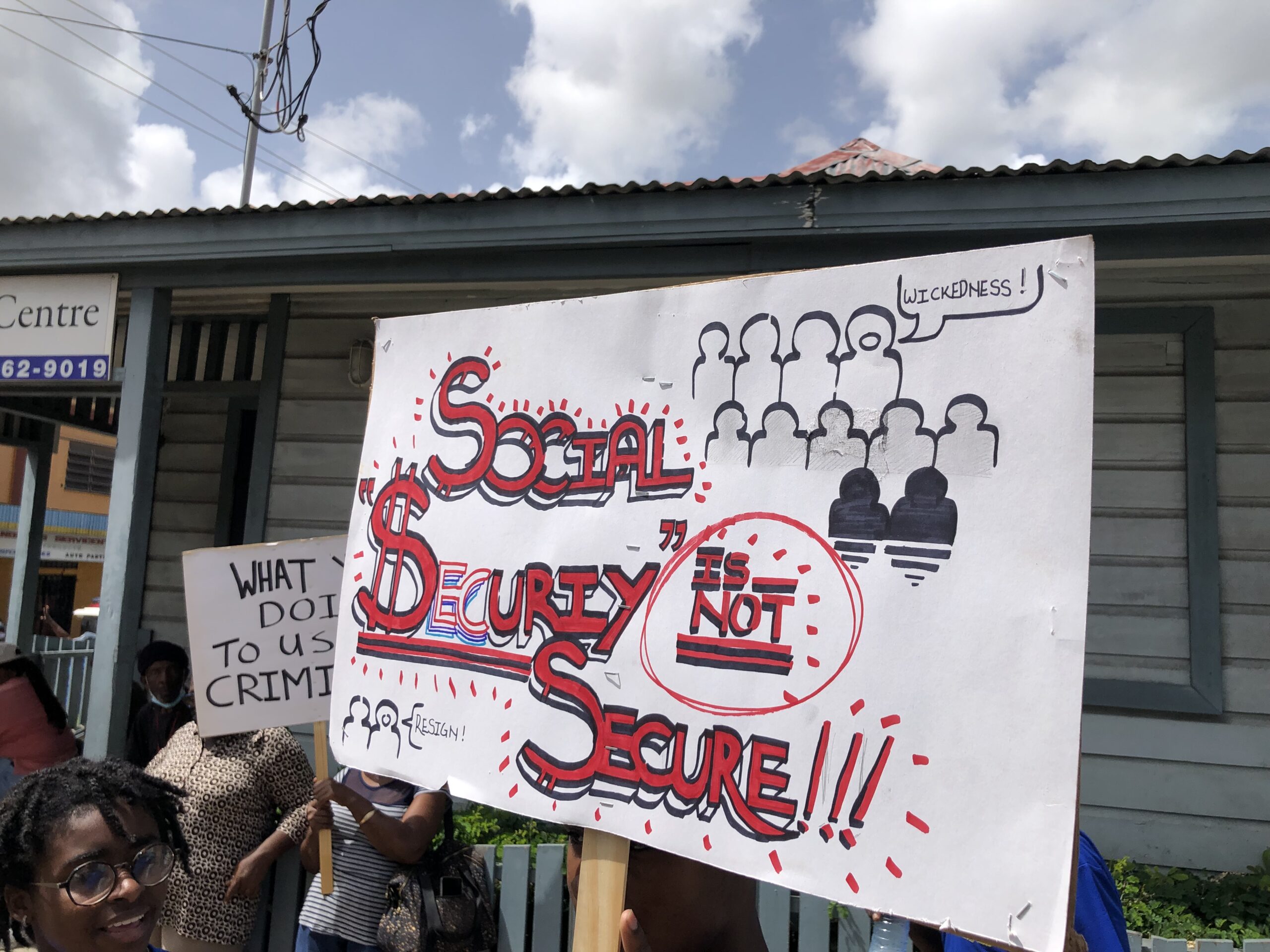 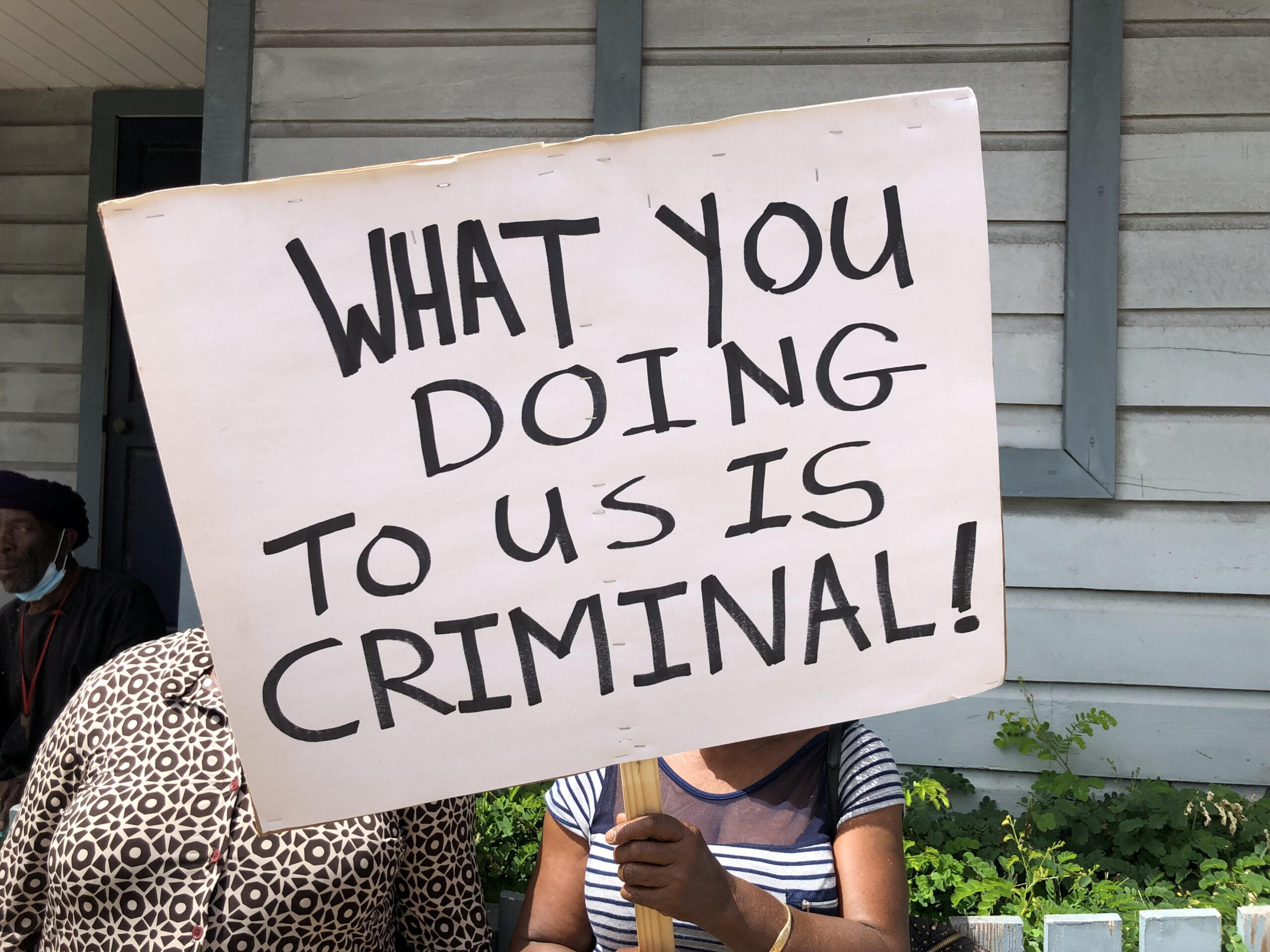 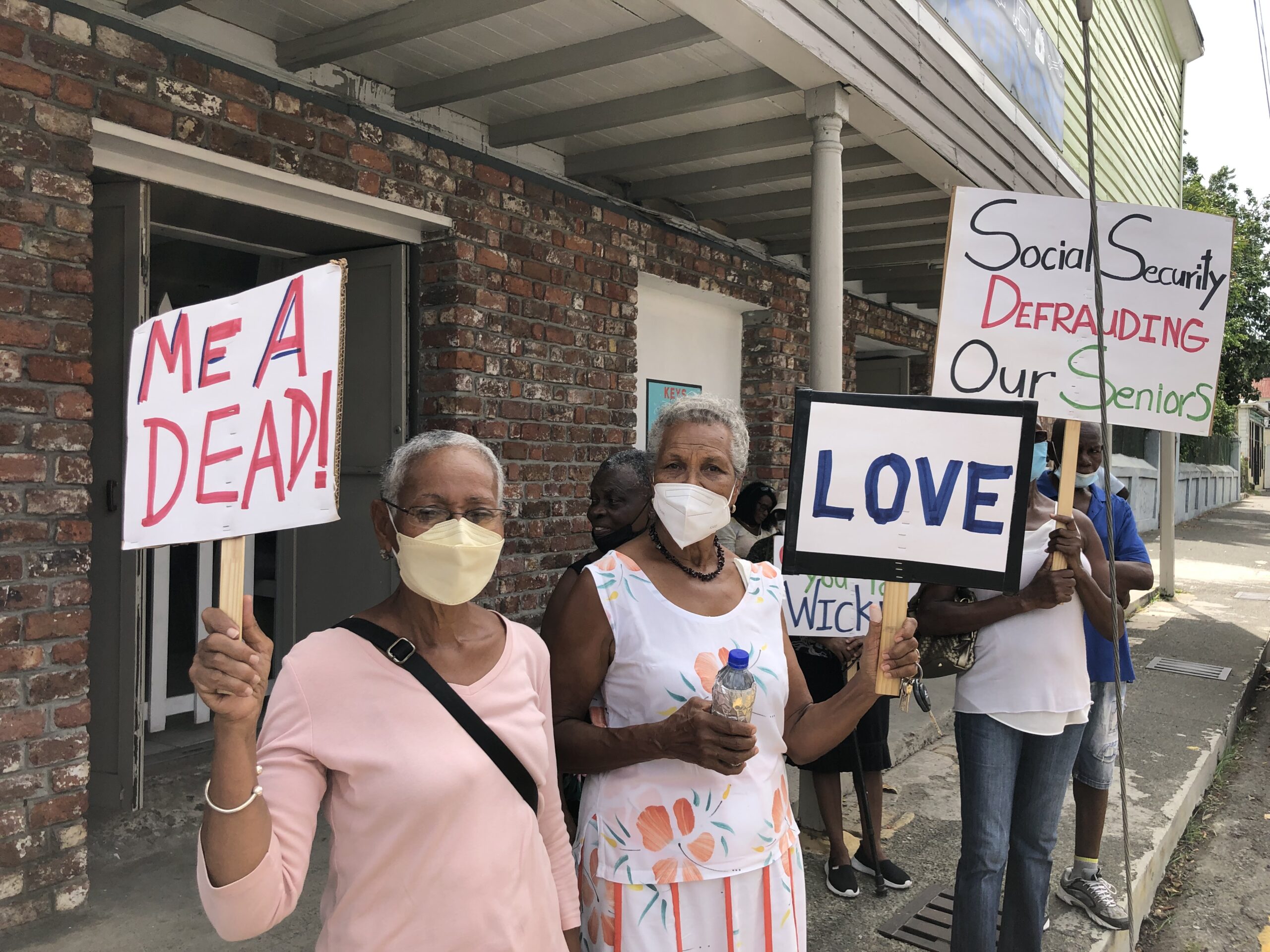 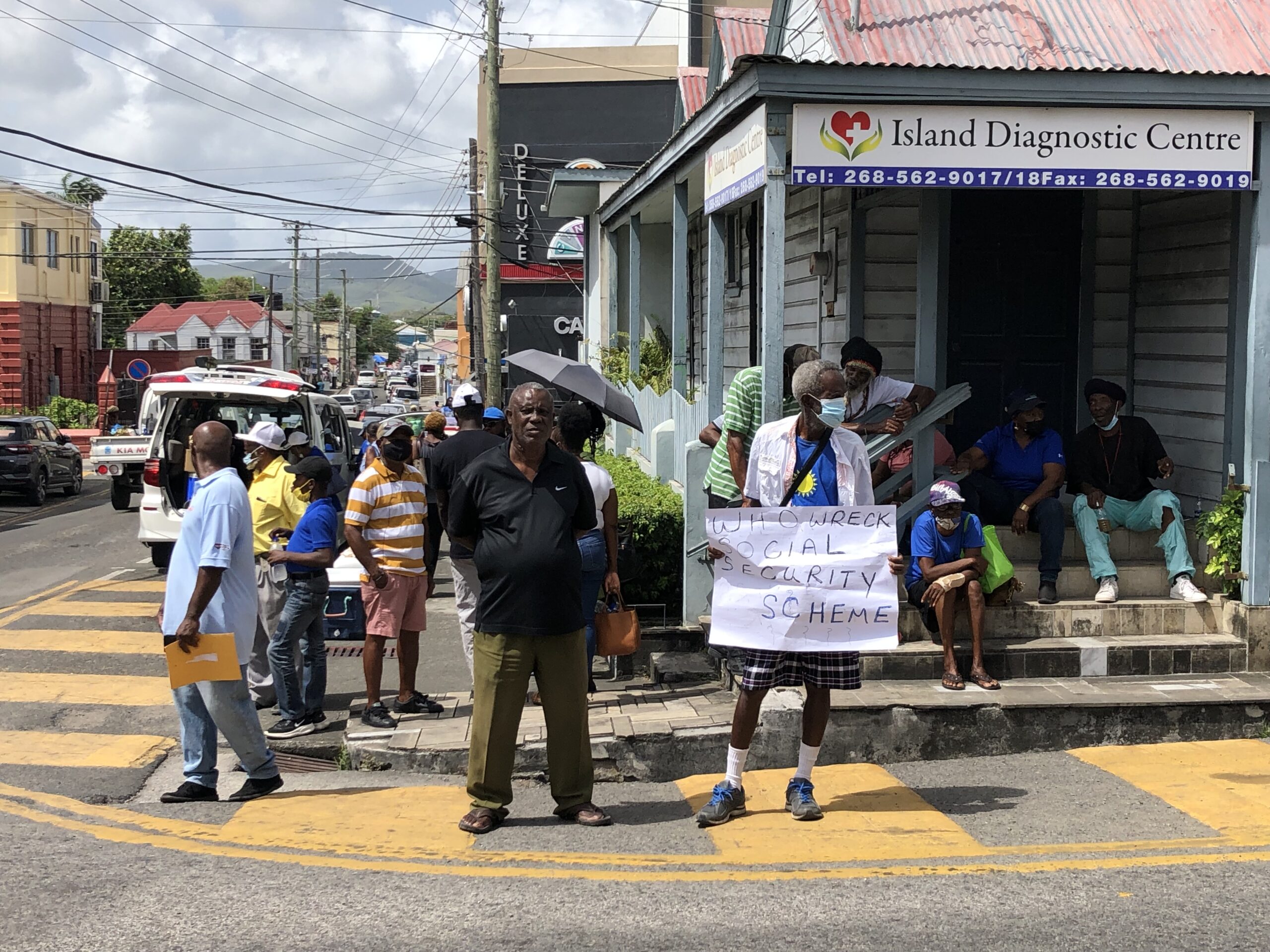 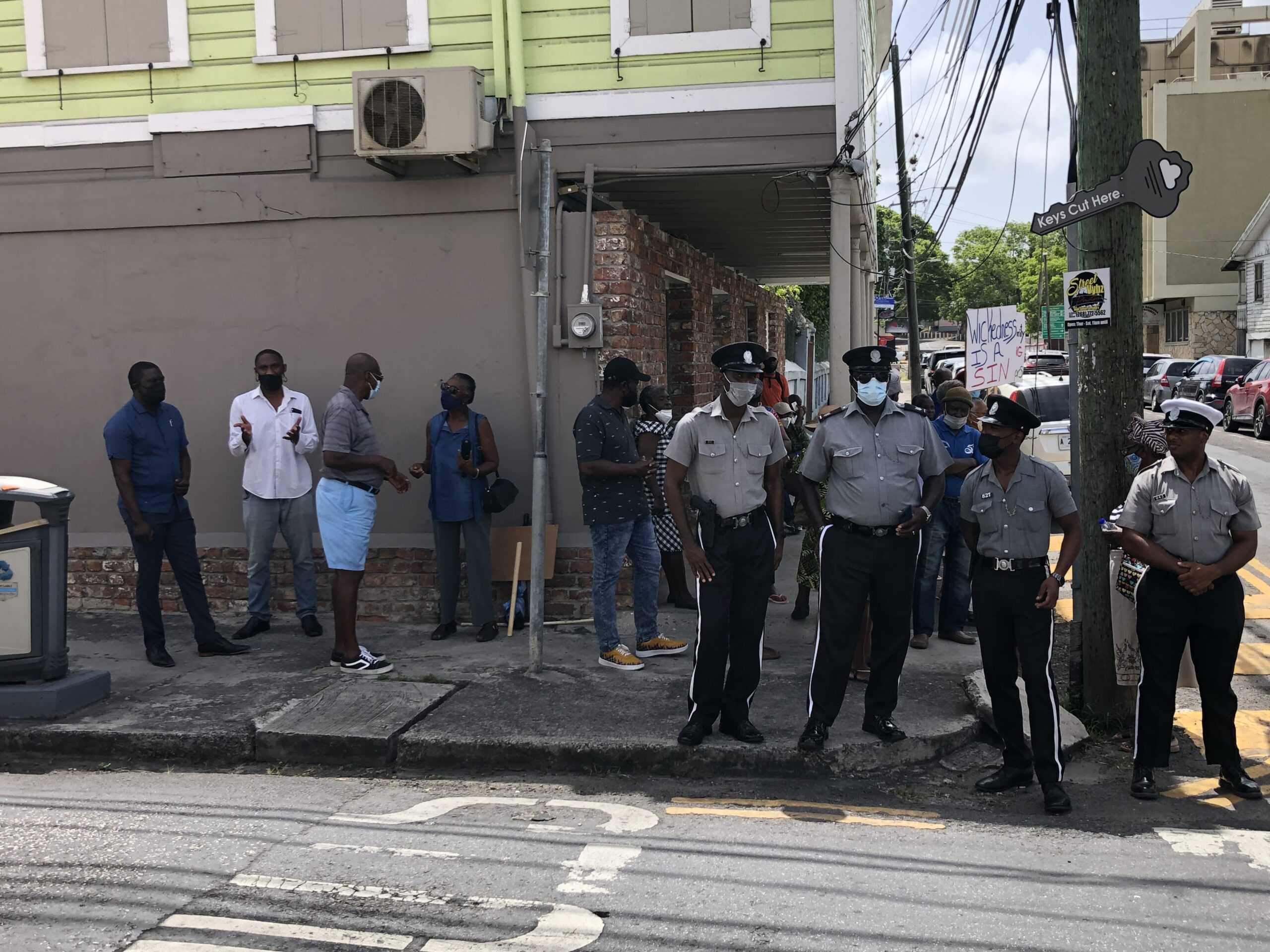 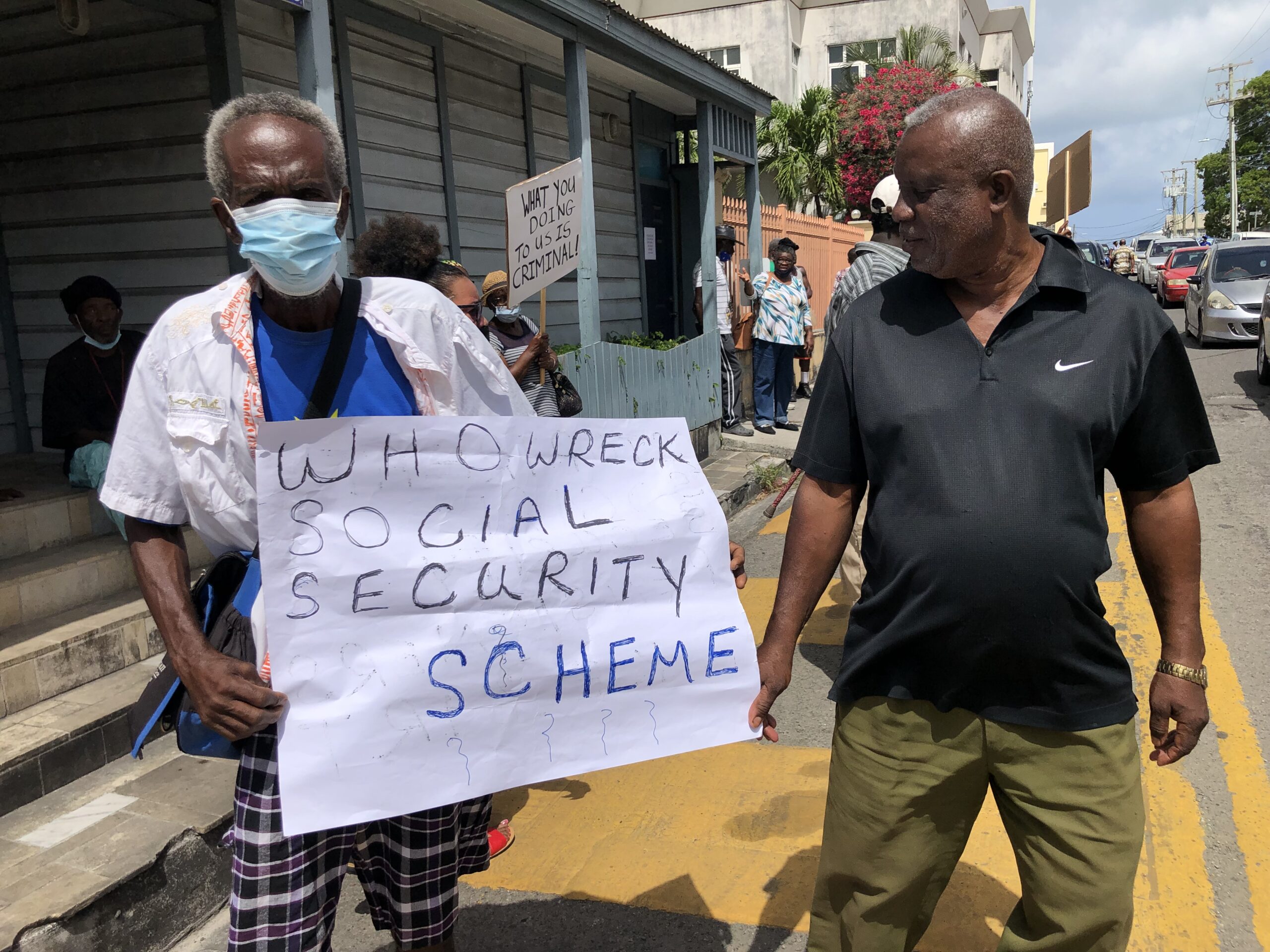 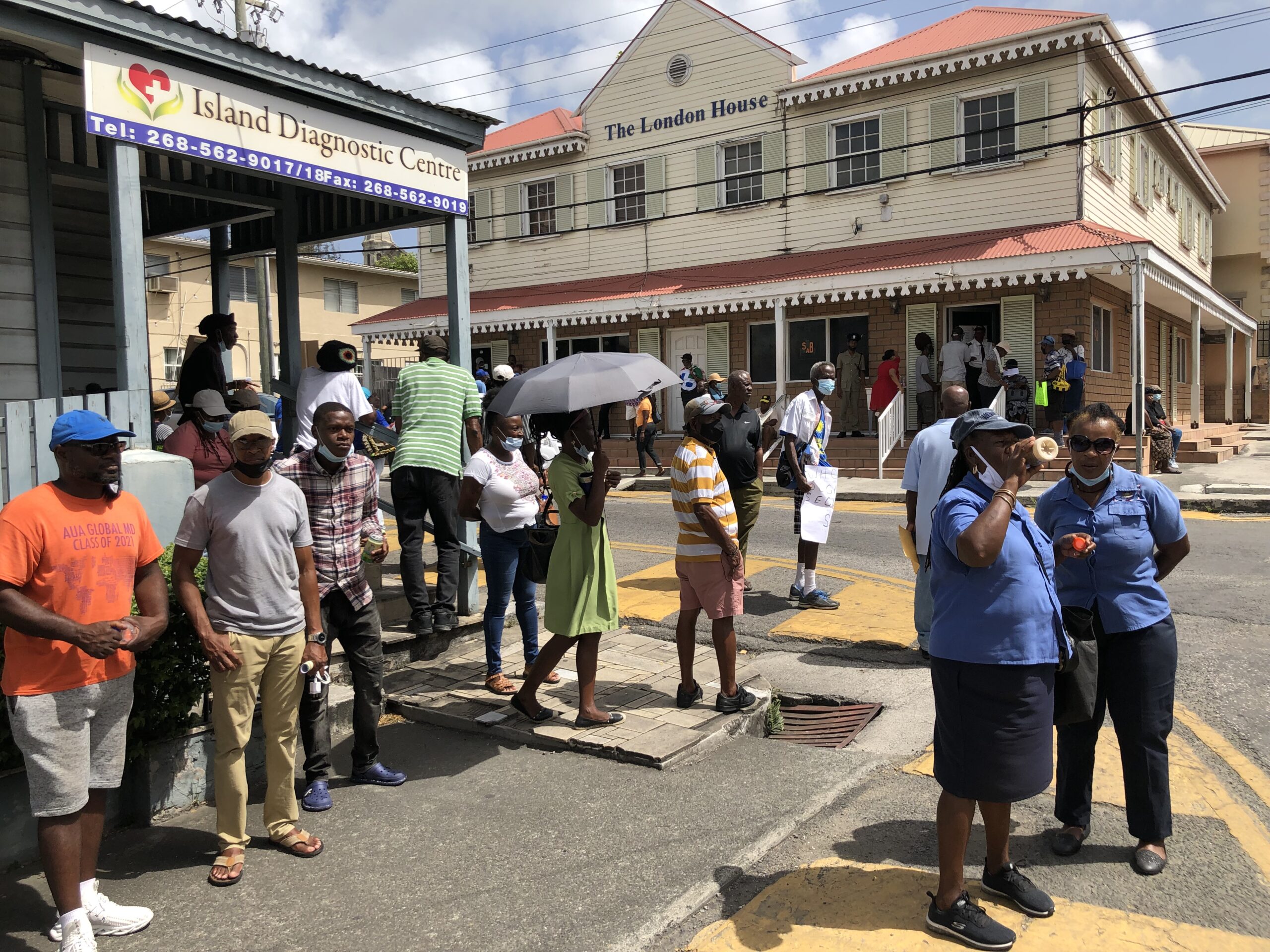 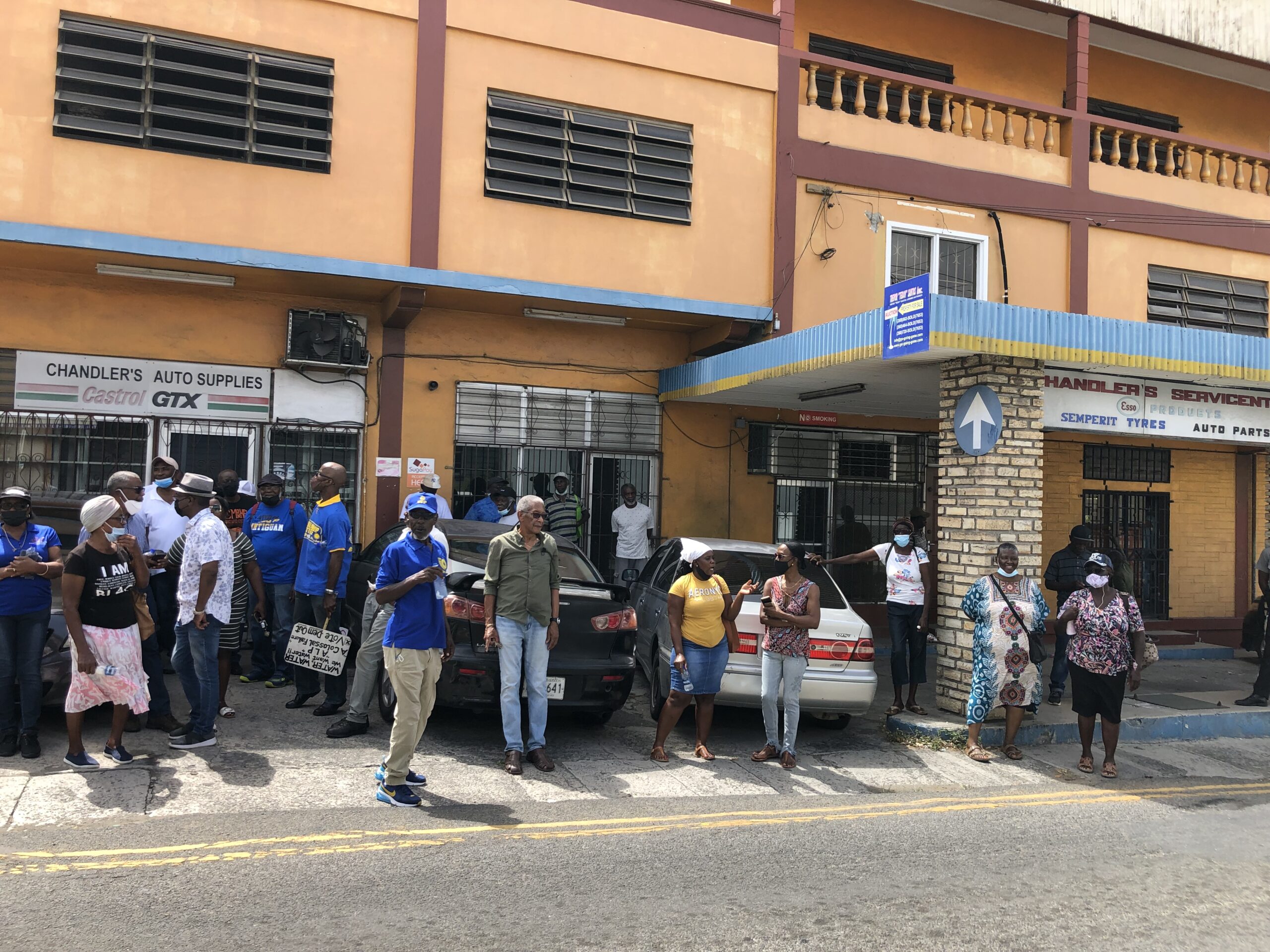