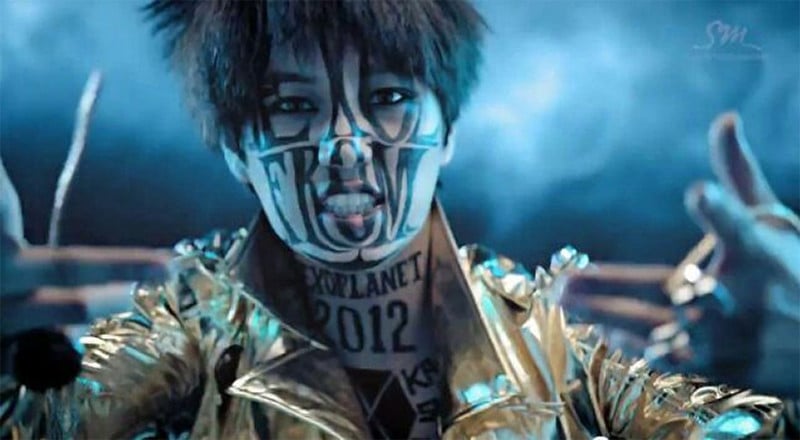 K-pop artists are known for sporting extravagant and sometimes ridiculous looks on stage and in promotional photos, but most of the time, our favorite idols are able to pull off almost anything flawlessly. Here are five times EXO-L’s were shocked by the styles fashion icon and Gucci brand ambassador, Kai, managed to rock!

SuperM's collaboration with... Target?
In an announcement of SuperM’s imminent comeback, teaser photos of the SuperOne Project with the single, 100, were posted on SuperM’s official Twitter account. The boys of SuperM look stunning in red and black racing inspired outfits, but fans were quick to notice that Kai’s top looked a lot like a Target uniform. 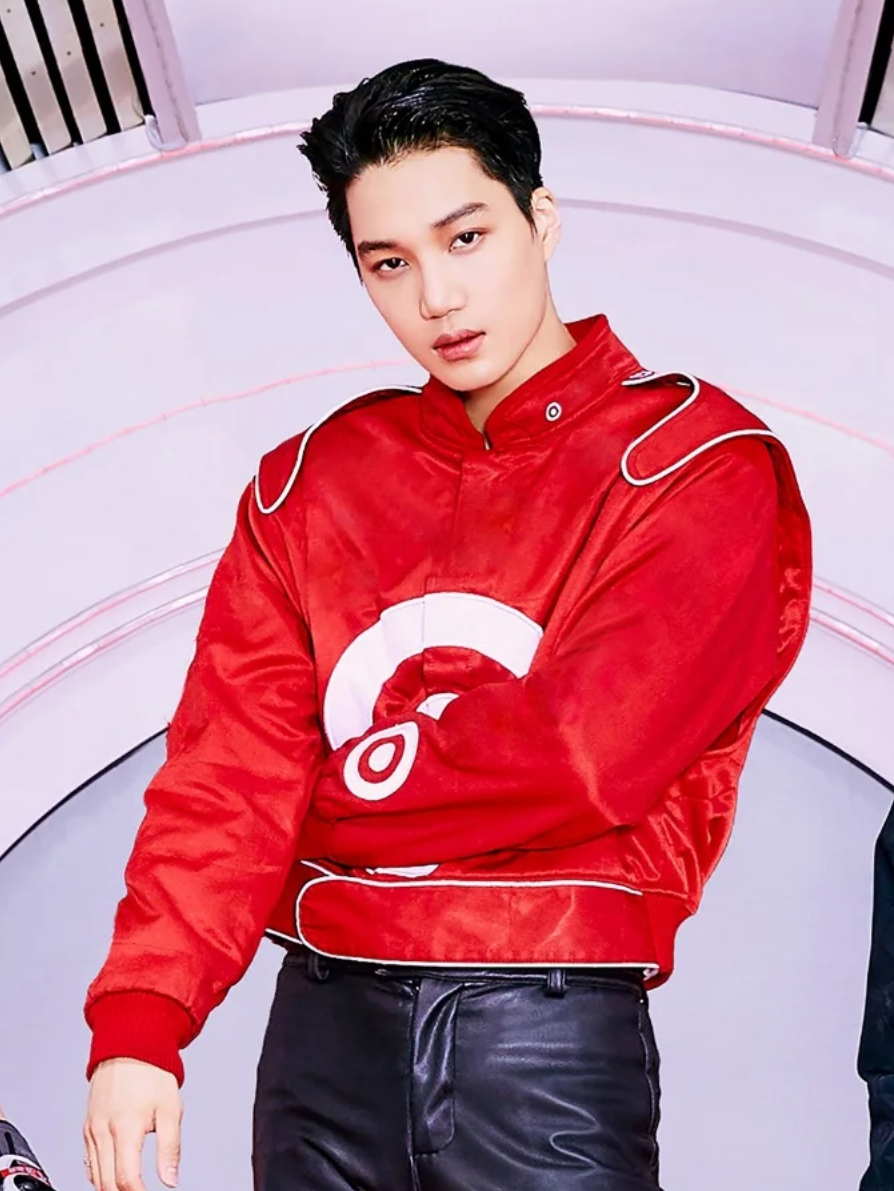 Clearly, SuperM is probably not collaborating with the American retail corporation anytime soon, but if they did, Kai would certainly be a great brand ambassador!

Who says only girls can wear crop tops?

During EXO’s Don’t Mess Up My Tempo era, Kai wore a crop top to showcase his figure, and received so many compliments for it that his stylists brought back the crop top when he performed Obsession. 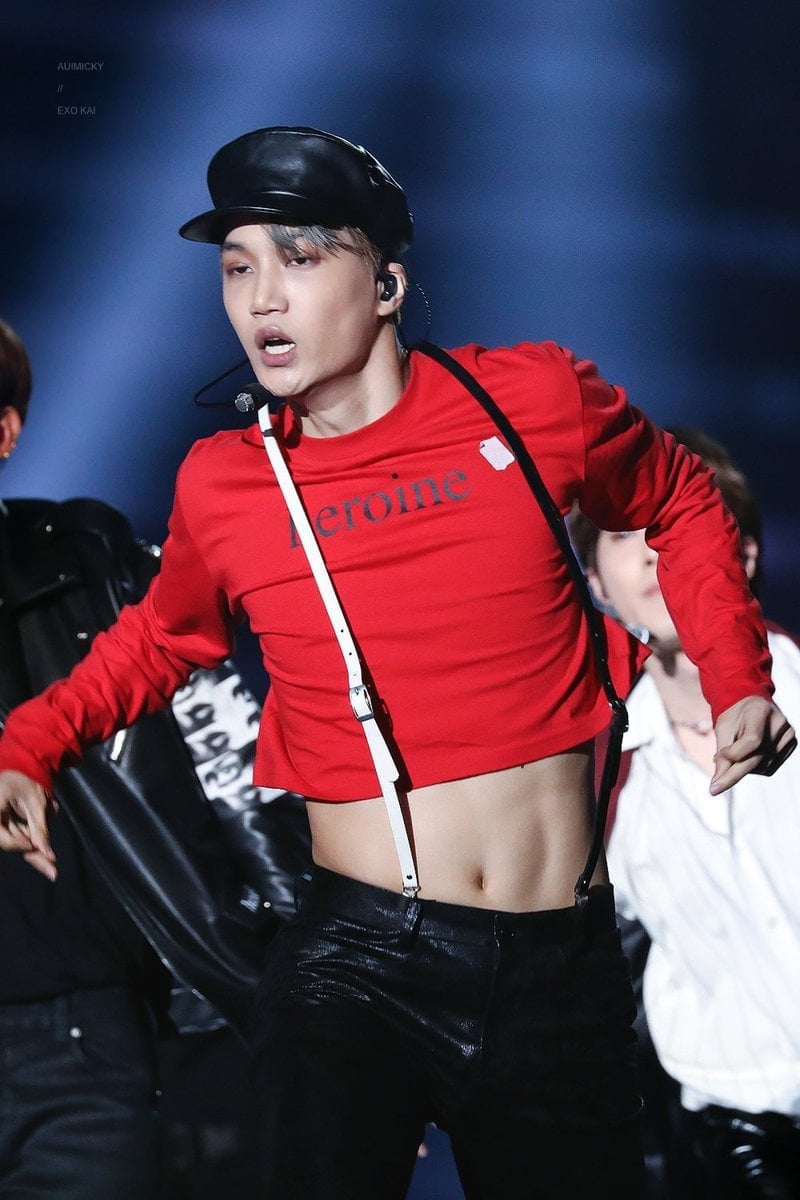 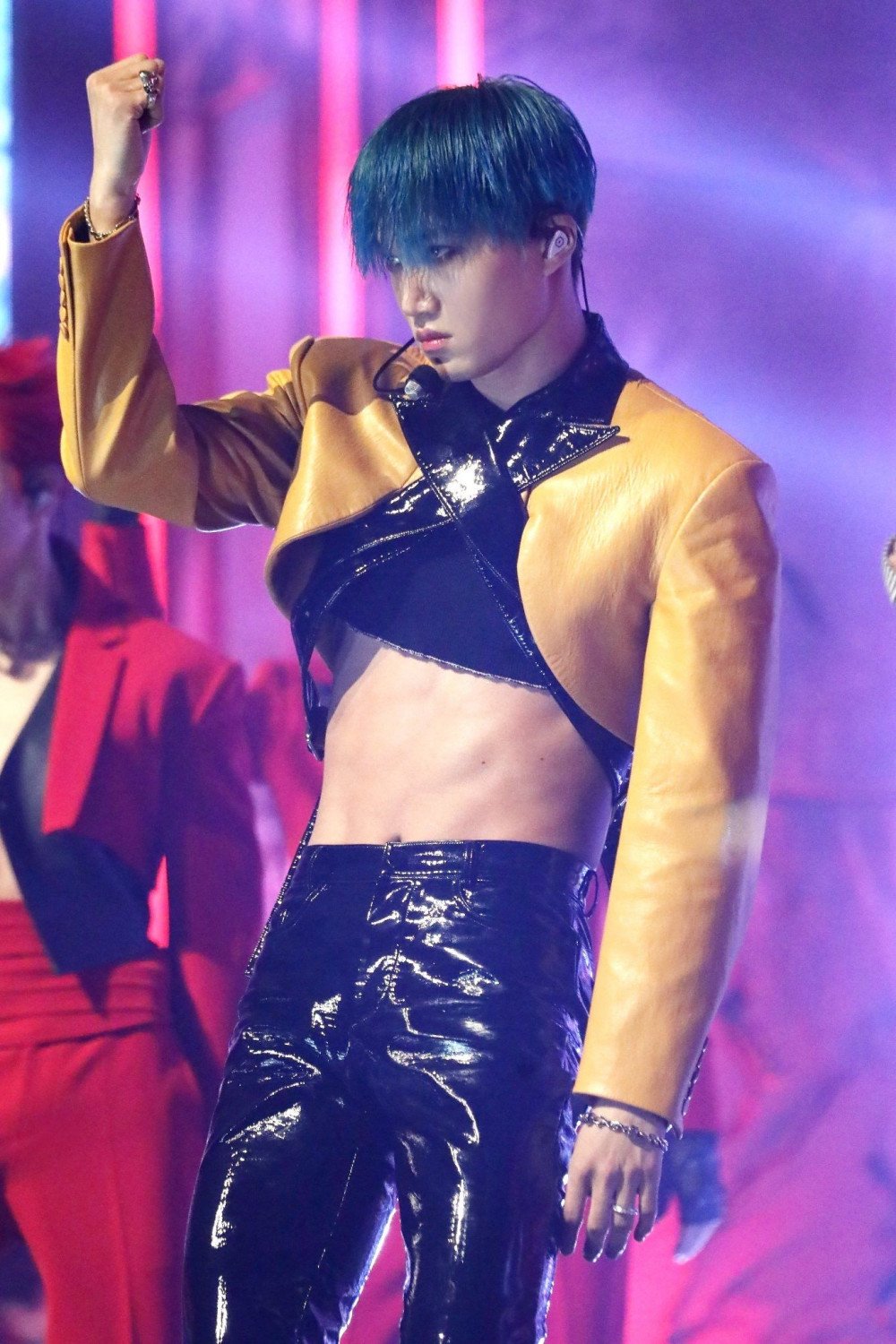 However, on an episode of Knowing Brother (alt. title: Men on a Mission, Ask us Anything), Kai revealed that wearing crop tops was fine on stage, but made him embarrassed afterward at music shows because of his exposed abdomen. Even so, more and more male idols are starting to challenge wearing crop tops, redefining stereotypes in fashion. 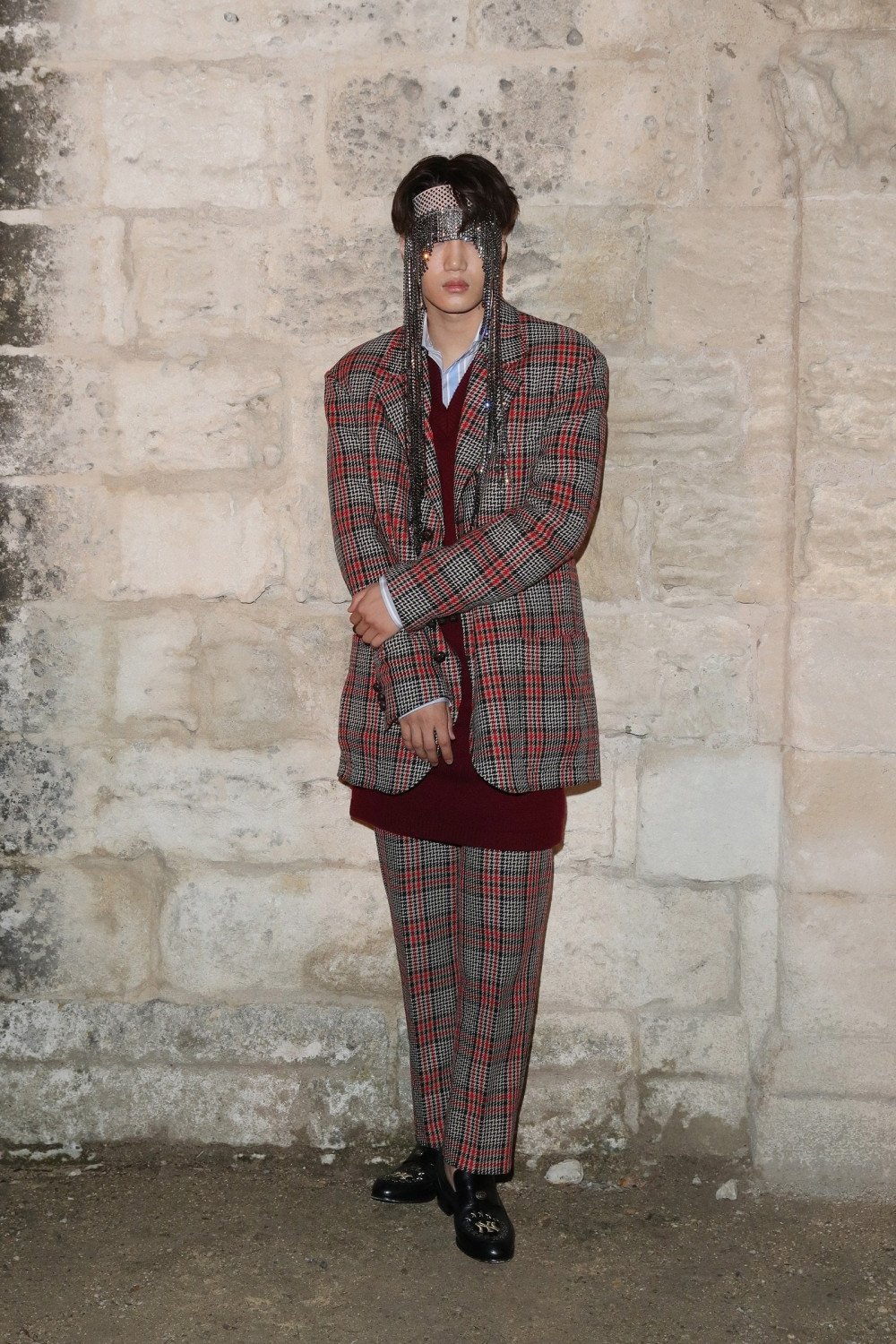 Kai was named as Gucci’s first-ever Korean global ambassador in 2019 and is currently continuing his relationship with the brand in 2020. Interestingly enough, Kai’s very first Instagram post when he created his social media account was actually dedicated to Gucci. Kai showed up to the Gucci Cruise Show 2019 with an eye-catching diamond headpiece that cascaded over the top half of his face. Although some fans were unhappy that Kai’s face was obscured by the hair accessory, Kai made a step forward for K-pop idols being recognized in the Western fashion industry. 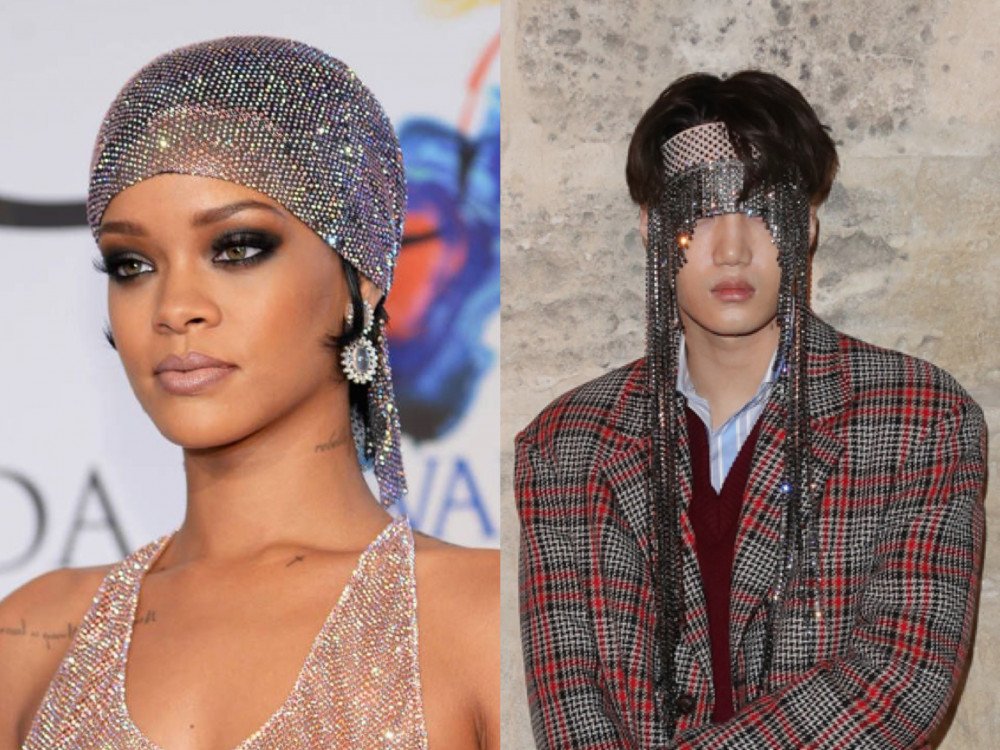 Who wore it best?

EXO is known musically for producing songs that fall in the genres of dance-pop, EDM, R&B, and hip-hop. But sometimes, fans forget that EXO’s debut song was actually rock and Screamo inspired, an extremely out-of-the-ordinary choice for an introductory song. In the Korean version of the MAMA music video, the members donned intricately detailed black face-paint. Kai’s face-paint was arguably the most memorable due to the close-up during his rap part. 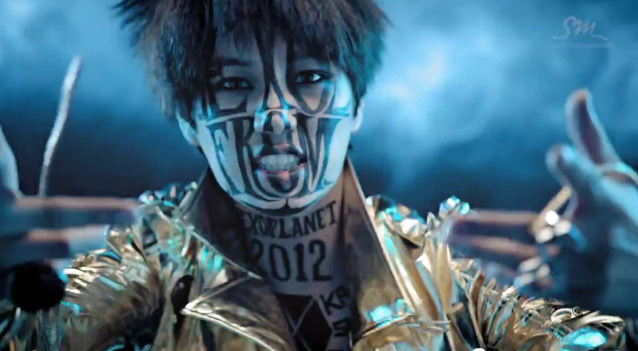 Though the Screamo concept received mixed reviews from netizens, Kai certainly made a bold move with this makeup look!

Many idols have chosen to wear braided hair when challenging reggae style music and hip-hop, and Kai is one of the most prominent stars who has done so. Though his reggae hairstyle received more attention during EXO’s Kokobop era in 2017, Kai actually wore a similar hairstyle during promotions for Wolf back in 2013. 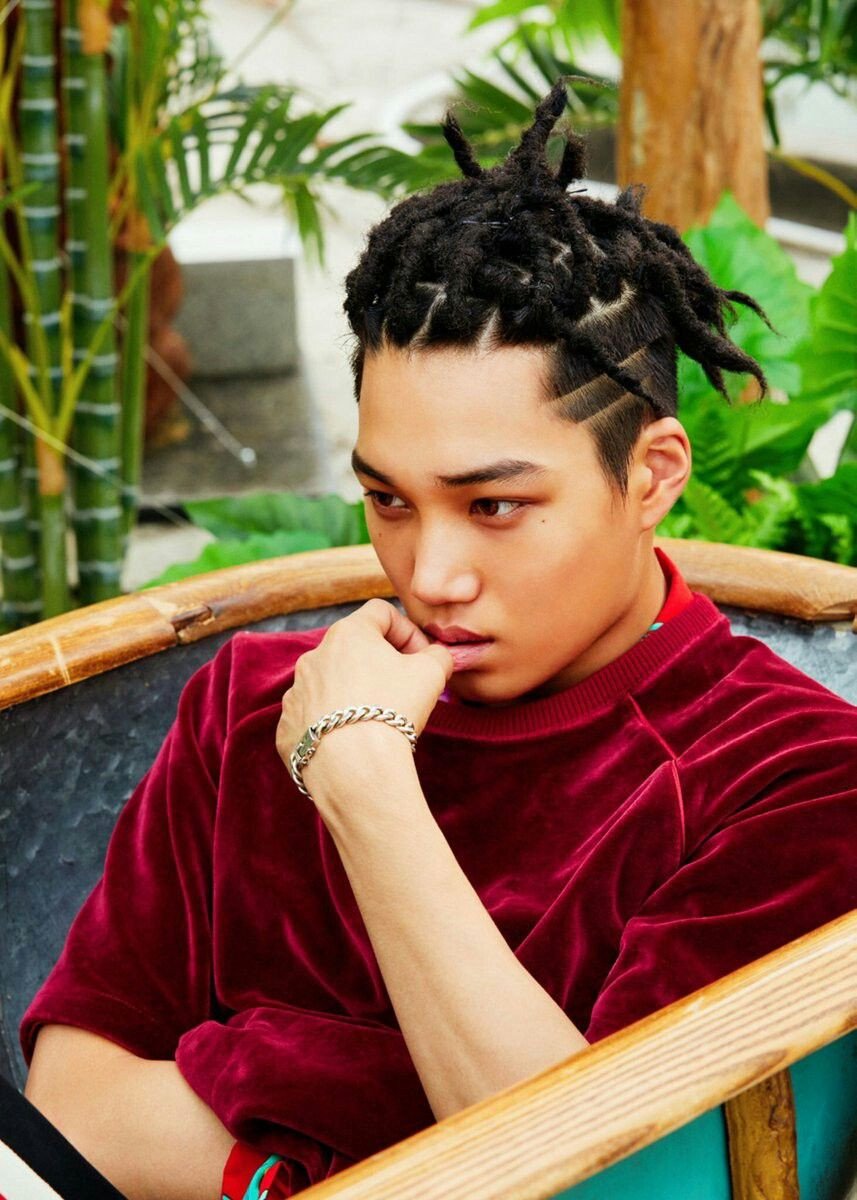 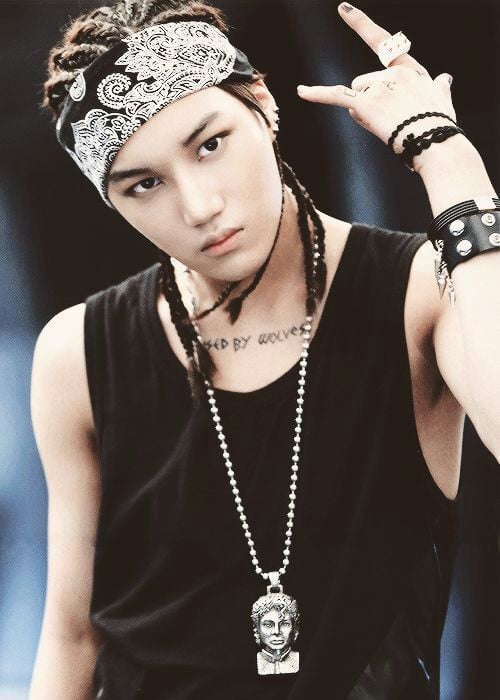 It is still a point of contention whether or not K-pop idols wearing braids is considered cultural appropriation, but most can agree that Kai looked stunning in this hairstyle.

Liverpool will buy Jota for 41 million pounds. Wolverhampton will pay up to 13.5 million for Hoover
8 is Bavaria's favorite number. Now she beat Schalke: Gnabry scored a hat-trick, Sane scored 1+2, Lewandowski came up with an assist by rabona
Liverpool agreed a 5-year contract with Jota. The transfer amount could be 43 million euros
I left everything and went to the other side of the world for my favorite team. The heartwarming story of a Norwegian fan in love with Santos
Lewandowski scored in the 1st round of the Bundesliga in 7 seasons and repeated the championship record
Gnabry scored a hat-trick against Schalke
Lewandowski scored for Schalke in their 10th Bundesliga game in a row. This is a League record
Source https://www.allkpop.com/article/2020/08/5-times-exo-ls-were-shocked-by-kais-stylists

Sands: Time to end this

Suspect accused of sex with girl, 14

Probation for man guilty of vagrancy

STATESIDE: Is this the answer to what put Trump in the Oval Office and may keep him there?

Drug Pilot slapped with $8,000 fine and told to pay it before October 8th – WELL, THAT WAS QUICK!

Minister Pintard on the passing of Candy Pinder, Proprietor of Abaco Big Bird

EDITORIAL: Was this consultation just for show?

Why yinner think Carl Bethel cannot win a case? We question his ability to give advice in LAW!

PAHO: Vaccine not around the corner

No Back to School bonanza for retailers amid pandemic

PM Minnis EMERGENCY ORDERS and CURFEWS chases guests away from The Bahamas!

Battle 4 Atlantis relocates to US

Man shot another during a gambling game charged in court!

GBPA preparing the PACE Centre for return of students

OEF’s Seed to Succeed awards $20,000 in grants to Eleutheran Entrepreneurs

Johnson stays in shape through the pandemic