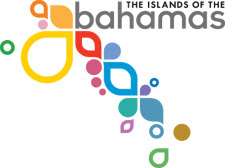 In his final year as Chairperson of the Caribbean Tourism Organization, Hon. D’Aguilar will lead the delegation at the annual event celebrating tourism in the region

The CTO’s major annual summit will take place June 2-8 at Wyndham New Yorker hotel in Midtown. Tourism officials, industry professionals, media, students and Caribbean consumers will gather to share and receive important updates on the state of tourism in the region, and celebrate the sights, sounds, color and culture of the Caribbean.

Hon. D’Aguilar, Mrs. Jibrilu and representatives from the Bahamas Ministry Of Toursim and Aviation will join members of the CTO for a Caribbean diaspora forum, student colloquium and a variety of business sessions, conferences, trade shows, marketplaces and workshops discussing important topics related to tourism in the Caribbean. The Rum & Rhythm™ Benefit, which aids the CTO Foundation, and lively consumer-oriented events will bring together attendees for Caribbean-inspired food, lively entertainment and networking opportunities.

In his final year as CTO Chairperson, D’Aguilar will speak to the current state of the travel industry throughout the Caribbean, providing updates on visitors, hurricane relief efforts and new developments for travelers. He will also attend meetings and media engagements on behalf of the Islands Of The Bahamas.

“I look forward to a week of networking, exchanging ideas and celebrating the Caribbean with the industry’s best and brightest at this year’s Caribbean Week,” said D’Aguilar. “It has been an honor to serve as CTO chairperson and represent this beautiful and culturally rich part of the world, and I look forward to returning to the event in my capacity as Bahamas Minister of Tourism in the future.”

Prominent chefs from The Bahamas will bring a taste of the nation to Caribbean Week, starting with a private kick-off event at ElementX Rooftop lounge in Queens on Sunday, June 3 featuring a seven course small plate  tasting menu presented by Chef Ray. Each person will have the opportunity to indulge in seven flavorful unique dishes that infuses Caribbean and modern flavors. Chef Kevyn Pratt and Mixologist Marv Cunningham will also be representing The Bahamas, cooking and shaking up Caribbean-inspired flavors during Caribbean Week events.

The week of events will culminate with the Caribbean Tourism Industry Awards Dinner on the evening of June 7. Mrs. Jibrilu will receive the esteemed Allied Award, presented to an individual from among the CTO family who has done an extraordinary job of contributing, in a tangible way, to the sustainable development of the region. The Bahamas is also nominated in four categories for the Media Awards portion: “Virtual Visitor Award”: Best Feature in an Online Publication; “Up the Social Ladder”: Best Social Media Marketing Campaign by a CTO Member Country; “Me Too! I Rediscovered Home!” Best Feature by a Diasporan Journalist in U.S. or Caribbean Media; and “No Anansi Story!” Best Feature by a Caribbean-based Journalist (that appeared in Caribbean-based media).  Winners will be selected by an expert panel of travel media and industry judges and announced during the dinner ceremony that evening.

Showsport supports the journalist Ivan Safronov, accused of treason. This is a very suspicious case
Mario Gomez, Pizarro, Emre, lomberts and other heroes who finished their careers this summer
Dyer was suspended for 4 matches for a brawl with a fan in the stands
Jorginho is unhappy that he doesn't play enough at Chelsea. Sarri wants to invite him to Juventus
The crazy story of the referee who forgot the rules and gave 16 extra penalties. All because of the new rules of the series
Havertz told Bayer that he wanted to leave. Chelsea is ready to pay 70+30 million euros for it
Spartak-Lokomotiv: who will win?
Source http://www.thebahamasweekly.com/publish/ministry_of_tourism_updates/Bahamas_Minister_of_Tourism_and_Aviation_Dionisio_D_Aguilar_Leads_Delegation_to_Annual_Caribbean_Week_Events_in_New_York_City58347.shtml

146 Parks Throughout New Providence to be Enhanced

PETER YOUNG: It’ll take a brave man to predict accurately what is coming next

FACE TO FACE: My Bahamian queen in the year of Independence

EDWARD FIELDS: The time for Independence 2.0 is now

'Brother had row before his death'

Shaunae may run just the 200m in Tokyo

Relationship Matters: How did the pandemic treat your Family? ADR may be your answer to personal crisis

Pro bodybuilders happy to get back in the gyms

Central Bank bill passed along with other regulatory bills

Clash in the House

Yes, we have value!

Confusion in the Senate

Slow start for LPIA since reopening

Speaker backs down in blocking Glenys

Cannabis reform - ‘get on with it’

A Jamaican hitman who was captured by police on Grand Bahama last week was undocumented man Shaquille Aamal Lewis – REMEMBER HIM?

Independence Prayer Walk to be held on Friday

Letter writer says RBPF is losing its prestige in the community…

Insurers warned: Do not keep 'eggs in one basket'

INSIGHT: Uncovering the early childhood traumas that lead to violence

EDITORIAL: The traumas that create killers

INSIGHT: Marchar Jean was her school’s star pupil - today she’s trapped by a nonsensical system which is a stain on our nation

INSIGHT: Can we all just get on the same page please?

SAC valedictorian challenges his peers to step up

BDB making strides as it re-launches

“Boston Blackie” Miller should be memorialized

Contractors association: At least another year or two before Abaco returns to normal

No increase in jitney fare

Fernander says if govt doesn’t have medical evidence to support curfew, it should be lifted

AID sales up 20% - but drop off imminent

Mexican hirings ‘a slap in the face’

Fidelity’s warning on visits to the U.S.