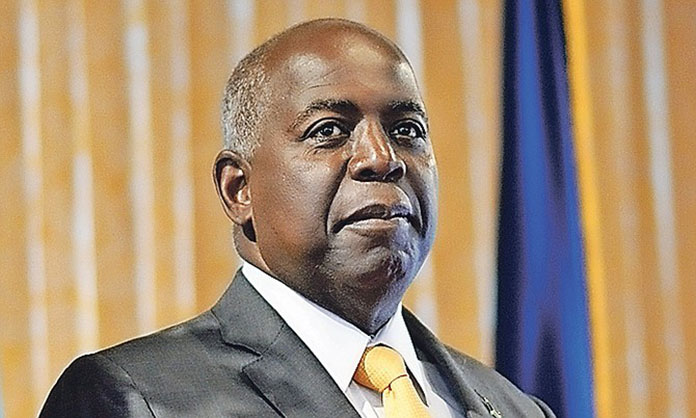 Scrutinizing the upcoming 2018/2019 Budget of the FNM Administration, Opposition Leader Philip ‘Brave’ Davis says he expects a bleak outcome as it is without a real growth agenda. In a press release giving his view of the fiscal state of the nation ahead of the Budget Presentation, Davis said in the first year, the FNM Administration seem to be more fixated on making ‘alarmist’ statements on the issues of fiscal management and accountability, which he said causes damage to the reputation of the country instead of improving the lives of Bahamians.4

“For a government without real growth agenda, this is a bleak outcome and a recession inducing budget,” he said. “However, it is unavoidable and although the Budget Communication would include the usual soaring oratory flourishes, behind those words would be a grim picture and it would grow grimmer as we traverse the fiscal path outlined by this government.”

Taking an overall view of the expenditure side of the budget, the PLP leader said that not withstanding the relentless pursuit of victor’s justice through widespread, yet very selective termination of contractual employees, the expenditure levels have not dropped in comparison to last year. “This is concerning as vendors are not being paid on a timely basis to such an extent that arrears have risen to levels which is creating unsettling chatter among the business community about the government’s solvency,” he said.

Davis pointed out that in order to achieve its target deficit, the FNM Government reduced capital expenditure near ‘historic lows’ as a percentage of GDP. But, this act by the Ministry of Finance, he said, ignores the fact that a government’s operation is ‘continuum.’ So any reduction in capital expenditure, he said, is essentially a deferment of expenditure and not a true budget saving. The 2018/2019 Budget Davis said should represent opportunities and challenges for government, but the present one only show signs of an anemic revenue growth going forward.

Kike Setien: Griezmann played a great match, understood Messi well, scored a great goal. We changed something
Barca President on the Real Madrid match: VAR always favours one team. I have an unpleasant feeling
Faty scored the 9,000 th goal in the history of Barcelona
Griezmann scored in La Liga for the first time since February with a pass from Messi
Suarez came out on the 3rd place in the list of the best Barca Goalscorers in history
Guardiola lost 3 away games in a row in the League for the first time in his career
About Lautaro Marotta: He has not shown the slightest desire to leave
Source http://bahamaspress.com/2018/06/04/davis-expects-bleak-outcome-from-recession-inducing-budget/

Tourist Attractions and tours to reopen on Monday…

Man claims he harmed his lover in the head with a cutlass after being frustrated by not being able to find work!

Office of the Prime Minister on the resumption of tourism attractions, excursions and tours on the Family Islands

Casper Conliffe passes at 68 just days from his birthday…

Six women arrested after video of fight on Grand Bahama

Mackey seeks to ease fears over tourists not wearing masks

GBTA elects new board of directors

A smart Caribbean island can be the high-end champion

How robust is the screening process for travelers?

Raise a Kalik to your ‘hero’

The Most Promising Startups In The Caribbean

BBA satisfied with the progress of the stadium

'Why aren't we being put first?'

More than $60M paid by NIB to unemployed Bahamians

Fourth of July weekend will be busy for some marinas

Some families continue to struggle

BPL: Power outage was due to mechanical failure

Time we march and be outraged: PM’s wife calls for public response to help cut shootings

Man jailed after gun and ammunition found in car

The courthouse in Freeport under renovations for years!

PM Minnis has a disaster about to happen in Finance!

In your country for your jobs! The Bahamas welcomes the arrival of 100 Mexicans to the Bahamas to work at Bakers Bay in Abaco…

Balancing the risks in COVID-19 reopening

‘We’re on the case at border’

This Reggae Group Will Include First Album In A Decade

When Immigrants Too Hold Anti-Black Sentiments