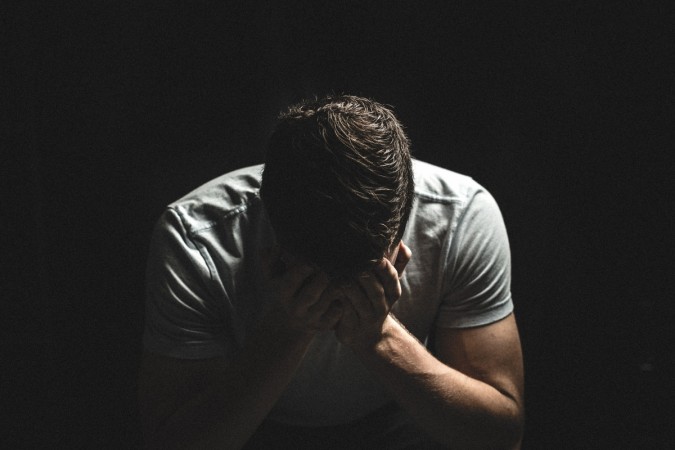 The boy also admitted to having trying to commit suicide. (Representational Image)Creative Commons

A 20-year-old boy hanged himself in the Lonikhand area of Maharashtra's Pune on Wednesday while trying to complete a task in a Blue whale challenge-like online game.

Diwakar Mali, who identified himself as "Black Panther" in the game, left a note written in Marathi and English. "The black panther which was in the cage is free now and he is no longer in any kind of restrictions. The End. Sun will shine again," the note read.

The note also had a drawing of Black Panther. Diwakar's family claimed that he was addicted to mobile phones and online gaming.

After the incident, Diwakar's mother appealed to all the parents of young children to not give them free access to mobile and video games. "I lost my son but parents should pay attention to their children," she said.

The Supreme Court in India directed the government to ban the game. However, the government responded by saying that the Blue Whale Challenge is an online application and cannot be banned.

Studies conducted in Russia, where the game originated, said that most of the children playing the game were in the age group of 12-14 years doing weird tasks like getting up at pre-dawn hours to watch a horror movie. The tasks escalate to self-harm and finally suicide.

Napoli will extend the contract with Gattuso until 2023
Henri knelt for more than 8 minutes in the first match in charge of Montreal, honoring the memory of George Floyd
Kalu moved from Herta to Botafogo
Goalie of the banner of Labor, who was hit by lightning: everything is good at the moment. Back soon
Ole Gunnar Solskjaer: I Think it was a penalty against Aston Villa
Philadelphia played in t-shirts with the names of black people who died at the hands of the police
Kompany tries everything at Anderlecht: he coached without a license (terrible), played 15 matches and invested 3 million euros in the club
Source https://www.ibtimes.co.in/20-year-old-kills-self-complete-task-blue-whale-like-online-game-801998

What Yankees’ Miguel Andujar is doing to improve his defense

How Frank Ocean Built a Career on His Own Elusive Terms

Russia and West in showdown over aid to Syria's rebel area

US envoy, after Seoul visit, reassures Japan of alliance

Oviyaa on questioning her silence over social issues: I don't do drama in real life

From Friday to Friday: The Vikas Dubey story

AP: After lobbying, Catholic Church won $1.4B in virus aid

WHO experts to visit China as part of COVID-19 investigation

A W.N.B.A. Owner Clashes With Players on Protests

UN official: 700 people died in Syrian camps for IS families

Lou Holtz decries push to scrap college football, other sports: 'What has happened to our way of life?'

What we know about coronavirus risks to school age children

Authorities search for 'Glee' star believed to have drowned

Uber lets some California drivers set their own prices

U.S.S. Theodore Roosevelt, Which Was Plagued by Coronavirus, Returns Home to San Diego

Trump calls Hannity, claims Covid testing is 'the greatest thing that ever happened for the opposite party'

Police car overturns, Vikas Dubey gets killed as he attempts to flee; how events unfolded

Brandis Kemp, actress from ‘Fridays’ and ‘AfterMASH,’ dead at 76: reports

From the front lines, Black nurses battle twin pandemics of racism and coronavirus

The Outpost Is a War Movie Libs Like, For their Own Reasons

Corporations Hyping BLM Fail Us in Every Other Way

How Buildings Shape Us Under Trial or Tribulation

4 mystery objects spotted in deep space, unlike anything ever seen

Goya CEO's praise for Trump followed by calls for boycott

How Red Bulls are adjusting to life in the bubble

U.S. Army Chief Welcomed to Thailand – With a Coronavirus Test

Trump poised to run out political clock on emoluments suits

The Latest: California CCAA moving all sports to the spring