USA
Trusted
E!News
An article was changed on the original website 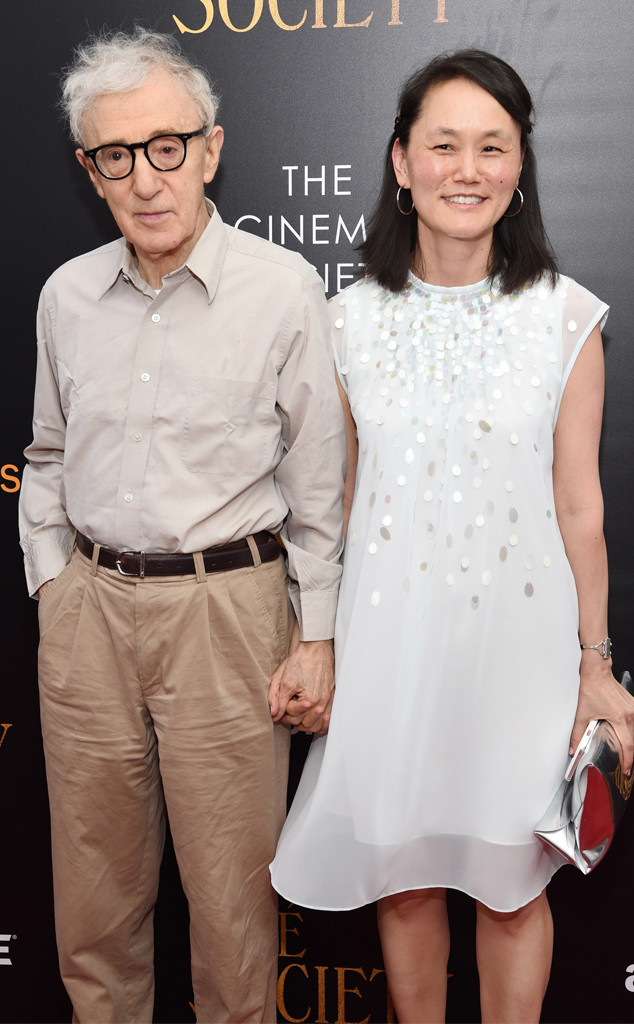 Soon-Yi Previn, the wife of and adopted daughter of actress and André Previn, has broken her silence about scandals and rumors surrounding her family.

In a lengthy New York magazine profile, Soon-Yi addresses her upbringing and tenuous relationship with her mom. "I really can't come up with a pleasant memory," she told Daphne Merkin of New York.

Soon-Yi initially met Allen via Farrow. The director and actress were in a relationship when Soon-Yi was younger. Later on, Soon-Yi and Allen's subsequent relationship caused an even bigger wedge between Soon-Yi and her mother, especially after Farrow discovered nude photos of Soon-Yi in Allen's home. "I am a pariah," he said in the interview.

Throughout the profile, Soon-Yi spoke candidly about Farrow, portraying her in a rather unflattering light. Soon-Yi asserted that her relationship with Allen was not revenge against her mom who raised her in what she described as an abusive environment. "I was never interested in writing a Mommie Dearest, getting even with Mia — none of that," she told the magazine.

The profile of Soon-Yi is filled with blunt commentary and a look at her past and present. These are five of the biggest revelations from the article. 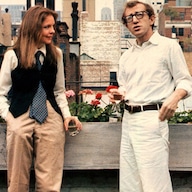 1. Before getting adopted by Farrow, she grew up extremely impoverished: Soon-Yi was born in Seoul, South Korea and experienced an uphill battle from the very start. "I fought for my survival since infancy," she explained.

When she was young, Soon-Yi "one day decided to run away." She described her time alone, "I was running around the streets, going through the garbage looking for food. And I ate a bar of soap. The soap was the worst-tasting — I could think of it now, it was just disgusting."

A woman fed her and turned her into the police, who in turn sent her to an orphanage. After getting sent to a second orphanage, Soon-Yi was later adopted by Farrow. Despite her adoption, Soon-Yi felt uneasy from the start. She told New York, "There was a big excitement and hoopla around her. And she came to me and she threw her arms around me to give me a big hug. I'm standing there rigidly, thinking, Who is this woman, and can she get her hands off of me? She didn't ring true or sincere."

2. Soon-Yi described her childhood as physically and emotionally abusive: In the article, Soon-Yi illustrated fending for herself and feeling like an outsider all the time. "Mia wasn't maternal to me from the get-go," she said.

She recalled Farrow chiding her, saying she should send Soon-Yi to "an insane asylum." Soon-Yi also claimed Farrow called her "stupid," "moronic" and even held "me by my feet, to get the blood to drain to my head."

Soon-Yi referred to herself as a "domestic" when she was growing up. "In Connecticut, Lark cooked, and we cleaned the bathrooms, cleared the dishes, washed up, and did the sweeping. When Woody started coming up to Connecticut, I ironed Mia's sheets," she said.

She painted her mother's parenting habits as a "total breakdown of your spirit." 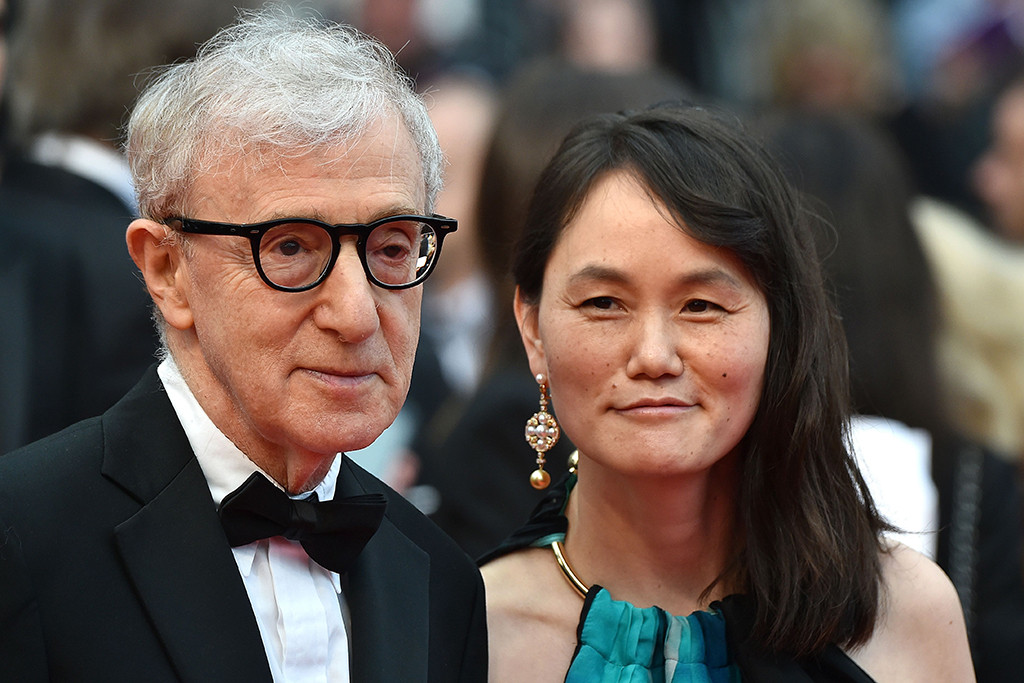 3. She hated Woody Allen when she first met him: It wasn't love at first sight for the couple who has been married for over 20 years now. Rather, Soon-Yi resented him from the get-go. It took years and basketball games for them to finally grow closer.

Allen and Soon-Yi met when she was 10 and he was dating Farrow. "I hated him because he was with my mother, and I didn't understand why anyone could be with such a nasty, mean person. I thought he must be the same way," she said.

Her revulsion for him grew even more when he suggested to her mom that she see a shrink due to her shyness. Apparently, that still occasionally comes across in their current interactions. Allen described her, "You always look at me as if you're going to come at me from behind a closet with a knife."

Their relationship flourished slowly when she began accompanying him to New York Knicks basketball games as a way to break her introverted nature. It then morphed into something more sexual when she was a college freshman. Cue that timing with Dylan's accusations against her father. Soon-Yi said, "It only became a relationship really when we were thrown together because of the molestation charge."

According to Soon-Yi, her relationship with Allen was the polar opposite of that with her mom, which is why she fell in love with Allen. "Mia was never kind to me, never civil. And here was a chance for someone showing me affection and being nice to me, so of course I was thrilled and ran for it," she explained. "I wasn't the one who went after Woody — where would I get the nerve? He pursued me. That's why the relationship has worked: I felt valued. It's quite flattering for me. He's usually a meek person, and he took a big leap."

She continued, "From the first kiss I was a goner and loved him." 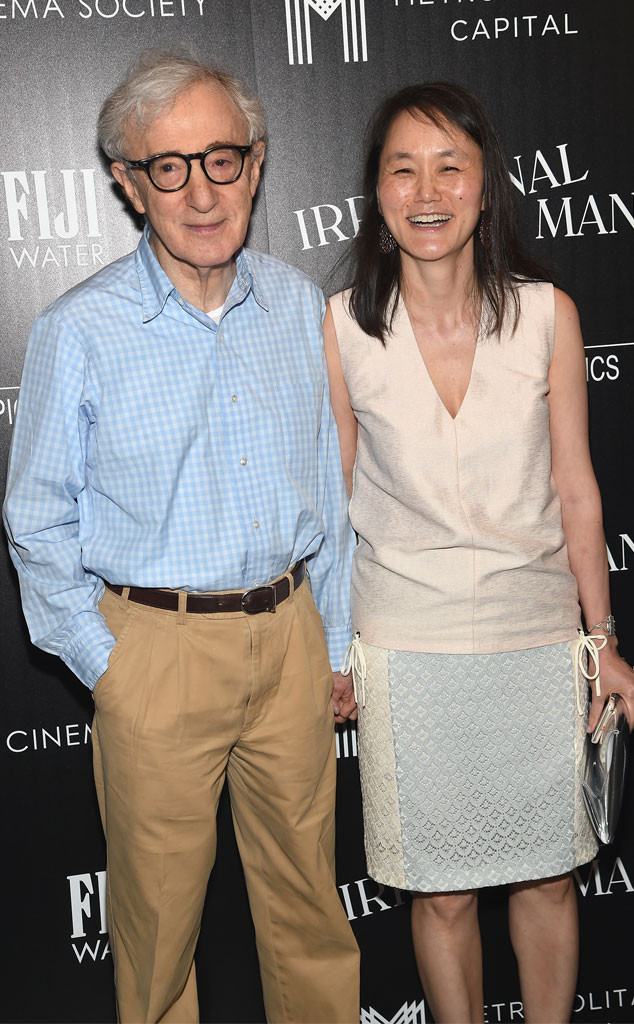 4. Soon-Yi never wanted to have kids of her own: She and Allen adopted two children: Bechet (19) and Manzie (18), but Soon-Yi was not attracted to the concept of conceiving. "I could definitely have children, but I was never interested," she explained. "I find it the height of vanity and very egocentric. I don't need kids out there who have similar traits to me and look similar to me and Woody. Why is one's DNA so special? Why would one keep on breeding when there are so many kids out there who need a loving home?"

Soon-Yi took parenting lessons from her own childhood, but it wasn't easy. She told New York, "I thought, Oh my God, she's dependent on me for everything! And suddenly I got scared. But with Mia I'd been responsible for the younger ones, and I had done a ton of babysitting, so I really did know what to do."

5. She and Woody Allen haven't spent a night away from each other since their marriage: According to the profile, Soon-Yi and Allen are pretty much attached at the hip. She described their daily routine: "We eat breakfast together — we eat all our meals together, and we've never spent a night apart since we married — and then I work out, either Pilates or my trainer or the treadmill. I also do yoga. I read the New York Times and point out pieces for Woody to read. Then we have lunch, and in the afternoon I'll see a friend and go to a museum or shopping or whatever."

Soon-Yi appeared thankful for Allen in that he could allow her to live a life she might not have experienced otherwise due to her childhood. "He's given me a whole world, a whole world that I wouldn't have had access to," she said.

In January, Allen and Farrow's daughter maintained her allegations that Allen assaulted her when she was 7. The claims came to light again in 2014. At the time, Allen replied he "did not molest Dylan," in a letter to the New York Times. In her interview, Soon-Yi calls the allegations against her husband "so upsetting, so unjust."

Allen was cleared of molestation charges and claims Farrow "coached" Dylan into accusing Allen of touching her inappropriately. "He's lying, and he's been lying for so long," Dylan said in January.

Since the New York profile was published, both Dylan and have spoken out against the piece. Both Dylan and Ronan criticize Merkin's friendship with Allen, which Merkin addresses in the article. In a tweet, Dylan said the story includes "bizarre fabrications about my mother while failing to mention that a prosecutor found probable cause of abuse by Woody Allen."

She added, "Thanks to my mother, I grew up in a wonderful home, filled with love, that she created."

Ronan, one of the foremost #MeToo journalists who has brought down Hollywood moguls, echoed similar sentiments in his statement. "I owe everything I am to Mia Farrow," he wrote. "She is a devoted mom who went through hell for her family, all while creating a loving home for us."

New York released a statement of its own, which was sent to E! News. A magazine spokesman wrote, "This is a story about Soon-Yi Previn, and puts forward her perspective on what happened in her family. We believe she is entitled to be heard. Daphne Merkin's relationship to Woody Allen is disclosed and is a part of the story, as is Soon-Yi's reason for speaking out now. We hope people will read it for themselves."

Кад Cadiz returned to La Liga after 14 years
Pioli about 2:2 with Napoli: One point is a good result
Gattuso on Milan's penalty: the Rule needs to change. Jumping with your hands behind your back is another sport
Milan will offer 25 million euros for Celtic defender Ayer
Klopp on plans: Four years at Liverpool. After that, I want to do nothing for a year
Rogers Pro 1:4 with Bournemouth: Leicester play well only 45 minutes after the break
Inter and Roma are Interested in Garay
Source https://www.eonline.com/news/968788/5-things-we-learned-from-soon-yi-previn-s-bombshell-interview-about-woody-allen-mia-farrow-and-more?cmpid=rss-000000-rssfeed-365-topstories&utm_source=eonline&utm_medium=rssfeeds&utm_campaign=rss_topstories