An abandoned decaying oil tanker in the Red Sea could spill four times as much oil as the devastating Exxon Valdez disaster, the U.N. has warned.

Fears of an environmental, humanitarian and economic disaster are swirling around the FSO Safer tanker, which is moored off the coast of war-torn Yemen. The tanker is loaded with 1.1 million barrels of crude oil.

The U.N. Security Council discussed the tanker during a briefing Wednesday. In a statement delivered at the briefing, Mark Lowcock, the U.N. under-secretary-general for humanitarian affairs and emergency relief coordinator,  explained that, on May 27, seawater began leaking into the ship’s engine room.

"Water coming uncontrollably into the engine room could destabilize the Safer and potentially sink the entire structure,” he said. “That would almost certainly lead to a severe oil spill.” 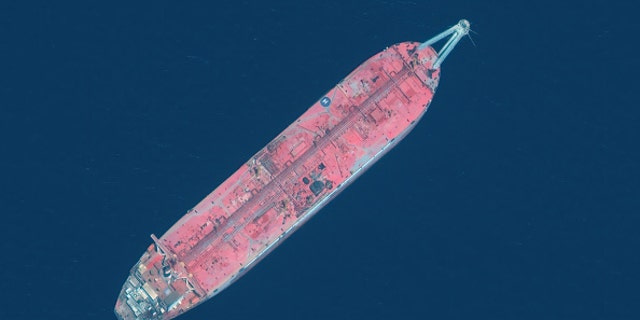 Lowcock also highlighted the 1.1 million barrels of oil on the ship. “That’s about four times as much oil as was discharged in the Exxon Valdez disaster – a spill the world still talks about 30 years later.”

The Exxon Valdez spill off Alaska in 1989 sparked a massive environmental disaster, spreading oil over 1,300 miles of coastline. The ship’s grounding at Bligh Reef in southern Alaska spilled about 260,000 barrels of oil, according to the American Oil & Gas Historical Society.

Lowcock explained that, if a spill were to occur from the FSO Safer in the next two months, experts are projecting that 1.6 million Yemenis would be directly affected by the disaster. “Essentially every fishing community along Yemen’s west coast would see their livelihoods collapse and would suffer substantial economic losses,” he said. “About 90 percent of people in these communities already need humanitarian assistance.”

"Sea currents and seasonal conditions also mean much of the oil would likely remain near Yemen’s coast rather than dispersing widely,” he added.

The U.N. has been in contact with Houthi rebels, who control the area where the ship is moored, about gaining access to the tanker. The rebels, officially known as Ansar Allah, had previously denied U.N. inspectors access to the vessel.

“Last week, Ansar Allah authorities confirmed in writing they would accept a long-planned U.N. mission to the tanker, which we hope will take place within the next few weeks,” said Lowcock. “We understand that member states are working to finalize funding to pay for the U.N. mission, which in the first phase will include a technical assessment and any initial repairs that prove possible.”

Maintenance is no longer possible because the damage to the ship is irreversible, experts said, according to a June 26 report from the Associated Press.

"Initial repairs, in so far as they may be possible, may buy us a little more time to find a sustainable solution, but they won’t be enough to eliminate the risk of a disaster,” Lowcock said on Wednesday. Experts, he explained, advise that extracting the oil from the abandoned ship is probably the only way to remove the threat of a spill “for good.”

Some 850,000 tons of fish stocks lie in the Yemeni waters of the Red Sea, Holm Akhdar said, and 969 species of fish are endangered by the decaying tanker. Some 300 species of coral reefs are also in danger.

The floating tanker is a Japanese-made vessel built in the 1970s and sold to the Yemeni government in the 1980s to store up to 3 million barrels pumped from oil fields in Marib, a province in eastern Yemen before it was exported. The ship is 1,181 feet long with 34 storage tanks.

Lille acquired 20-year-old forward David from Gent. He is the best sniper of the CONCACAF Cup
Rummenigge on Tiago's departure: If someone offers a fair amount for him, we will work
Juve can offer Arsenal for Lacazette Douglas Costa
Gasperini on Neymar: One of the world's strongest players. He will create problems for any opponent
Tuchel on crutches went to the Champions League match with Atalanta
Chelsea want to sign Ajax defender Tagliafico. He is seen as an alternative to Chilwell
Tottenham signed the midfielder Højbjerg and sold to Southampton Walker-Peters
Source https://www.foxnews.com/science/abandoned-tanker-red-sea-could-spill-four-times-as-much-oil-as-the-exxon-valdez-un-warns

‘It Smells Like Despair.’ A Diary of Life Inside Beirut After a Deadly Explosion

Maryland to drastically reduce number of polling places in November, despite gov's concerns of disenfranchisement

Las Vegas Casinos Are Open At 50% Capacity. What About Las Vegas Hospitals?

Another storm is forming in the Atlantic, but forecasters say it will be short-lived

Sources: Big Ten football canceled for fall, will try to play in spring

Lawyer: LA deputies need to be held accountable for tactics

The FDA is recalling some potatoes, lemons, limes and oranges due to potential listeria contamination

Trump CHOSE YOU, His Most Patriotic Supporter, To Receive Constant Scammy Texts

Simon Cowell is walking again after back surgery

McConnell tries to hold the line on lawsuits

Wake up and smell the cereal: Dunkin’ expands breakfast offerings

NJ woman, 107, has survived coronavirus and Spanish flu in her lifetime: report

Could Kanye even theoretically win? Missed ballot deadlines seem to erase any path

Dwarf planet Ceres is an ocean world with salty water under the surface, NASA mission finds

The Pandemic Economy Has Made Ecommerce More Indispensable Than Ever

Larry Elder: Joe Biden has been lying about his civil rights record for decades

A week after blast, Beirut pauses to remember the dead

A surprise 'safe-haven' investment has surged 180% since March

Take me outside the ballgame: Phandemic Krew cheers Phillies

These clear face masks cater to the Deaf community

Get ready for an epic movie night! World's last Blockbuster store is now an Airbnb

Sanjay Dutt diagnosed with final stage lung cancer, says will be back soon

Is the term Latinx catching on? A new report takes a look

Trump: ‘George Washington Would Have Had a Hard Time Beating Me Before the Plague’

After years of protest, a top hospital ended intersex surgeries. For activists, it took a deep toll.

‘Our Moment To Take Charge.’ Eva Longoria on the Importance of Supporting Latino Communities Amid Coronavirus