After the end of Aunt Jemima, what's next?

Crystal Echo Hawk is founder and executive director of the native-led nonprofit organization IllumiNative. A citizen of the Pawnee Nation, she was recognized as the "Native American Woman Business Owner of the Year" at the National Center for American Indian Economic Development in 2018. The opinions expressed in this commentary are her own. View more opinion at CNN.

(CNN)Conversations about racism and discrimination have been ignited in living rooms and boardrooms across the nation as the Black Lives Matter movement has led the call for an end to systemic racism. We are finally seeing brands such as Land O' Lakes and, most recently, PepsiCo's Aunt Jemima alter their branding to acknowledge and fix the longstanding offensive use of racist imagery.

Monuments to Confederate soldiers, Christopher Columbus and slave traders are being toppled in cities around the world. The question now becomes "What's next?" in this fight to eradicate racism. The answer is sports. 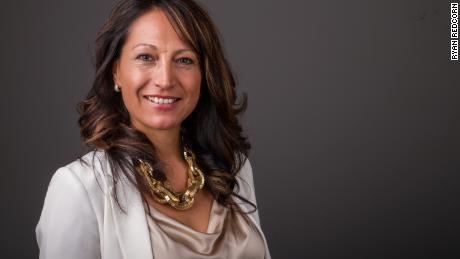 NASCAR has banned the use and display of the Confederate flag, a widely recognized symbol of racism and hate. Major League Baseball declared that "systemic racism and inequality are devastating problems." The National Hockey League declared, "The NHL stands with all those who are working to achieve a racially just society, and against all those who perpetuate and uphold racism, hatred, bigotry, and violence." NFL Commissioner Roger Goodell condemned racism and systemic oppression. But on Native peoples, these words ring hollow.

Many people and brands are starting to grapple with the ways in which their organizations, and perhaps they themselves, have condoned and perpetuated discriminatory and racist behavior. As long as the MLB, NHL and NFL continue to allow the use of Native mascots these words will always be empty.

The NFL allows Dan Snyder and the Washington football team to use a dictionary-defined racial slur in addition to Kansas City's Native symbolism and gestures. The MLB allows both Cleveland and Atlanta to use Native mascots -- even after a Native MLB player called the tomahawk chop "disappointing" and "disrespectful." The NHL also tolerates the use of a Native mascot and Native iconography by the Chicago Blackhawks.

If the leagues want to offer more than empty words in service of their profits, if they really want to live by the values they claim to have, they must ban Native mascots, team names, insensitive gestures and the subsequent racist behavior of fans.

While faulty research has been used to silence Native advocates, it is important that defenders of these mascots understand they are wrong. Researchers have collected a comprehensive review of nine studies of racist mascots spanning over the last two decades showing Native mascots actively harm Native people and Native children psychologically and perpetuate false depictions of Native peoples, increasing discrimination against Native people.
In a new peer reviewed study, the racist term Washington uses and Native mascots were shown to be overwhelmingly offensive to Native people, while the perpetual use of these terms and imagery are proven to inspire racist behavior by non-Native people.

We are in a moment of national awakening, recognizing the institutionalized bias and racism impacting the lives of Black, Indigenous, and people of color. It is critical in this moment that we take active steps towards removing the drivers of these harms. We must end the continued use of Native mascots.

Professional sports have the power to influence and inspire people of all ages. In this unprecedented moment of solidarity, they have the opportunity to take a strong stand and show -- not just say -- that racism will not be tolerated. But to do that, they must begin engaging and working with Native communities to change the name of the Washington football team, end the use of Native mascots within their leagues, and ban the racist fan behaviors that perpetuate actual harm to Native people.

Racism is racism. Let us build the world we want to see, together.

Cesc Fabregas: for me, Messi is the best. He always wants to win
The return matches of the 1/8 final of the Champions League and 6 matches of the Europa League will be held at the stadiums of the host teams
Rivaldo: talking about VAR, Barcelona is trying to distract attention from the real problems of the club
Ribery about the robbery: the Fans and Florence to support me. Fiorentina forever!
Vinicius tested negative for the coronavirus. He will be able to play with Alaves
The tournament-the return of MLS-is still a failure. Spend in Florida (7-11 thousand cases per day), players are afraid of the virus and complain about food
Zinedine Zidane: I'm Tired of saying that real have not won anything yet. Ahead of the next final
Source https://edition.cnn.com/2020/06/18/opinions/racism-in-sports-logos-echo-hawk/index.html?utm_source=feedburner&utm_medium=feed&utm_campaign=Feed%3A+rss%2Fcnn_latest+%28RSS%3A+CNN+-+Most+Recent%29

What YouTube's Famebit Failure Can Teach Us About Influencer Marketing

Disney+ Sets ‘Hamilton: History Has Its Eyes On You’ Special with Robin Roberts

Barr: FBI has made 150 arrests, launched more than 500 investigations related to rioting

Duckworth demands more details on Russian bounties on US troops

Some People Agree To Disagree Over What's Safe During The Pandemic

Melania Trump statue vandalized, then removed in her native Slovenia

Why Didn't 90 Day Fiancé: The Other Way's Jihoon Get a Job? He Says He Wanted to Nap...

Lil Baby vs. DaBaby: Tale of the tape of 2020’s hottest rappers

5 people arrested in connection to murder of rapper Pop Smoke