Amazon’s highest-rated Fire tablet is on sale for Cyber Monday for just $40 — over 100,000 reviews

Our team is dedicated to finding and telling you more about the products and deals we love. If you love them too and decide to purchase through the links below, we may receive a commission. Pricing and availability are subject to change.

Tablets have revolutionized the handheld tech space, with options from Apple and Samsung among the most popular on the market. Those two brands, in particular, have amassed a cult following over the years, sparking #TeamApple and #TeamAndroid debates across social media and tech forums. However, there's one thing they both have in common: Steep price tags that often deter shoppers from taking the plunge.

Created to fill this void for affordable tablet options that don't sacrifice functionality, the Amazon Fire tablet lineup has blown up, to say the least.

Boasting a six-product range, the massive retailer's Fire tablet line features products that peak at $199.99 — a figure that still proves to be much less expensive than its competitors.

Now, the highest-rated and most popular of the bunch, the Amazon Fire 7 tablet, has been discounted for Cyber Monday, bringing its sale price down to just $40. 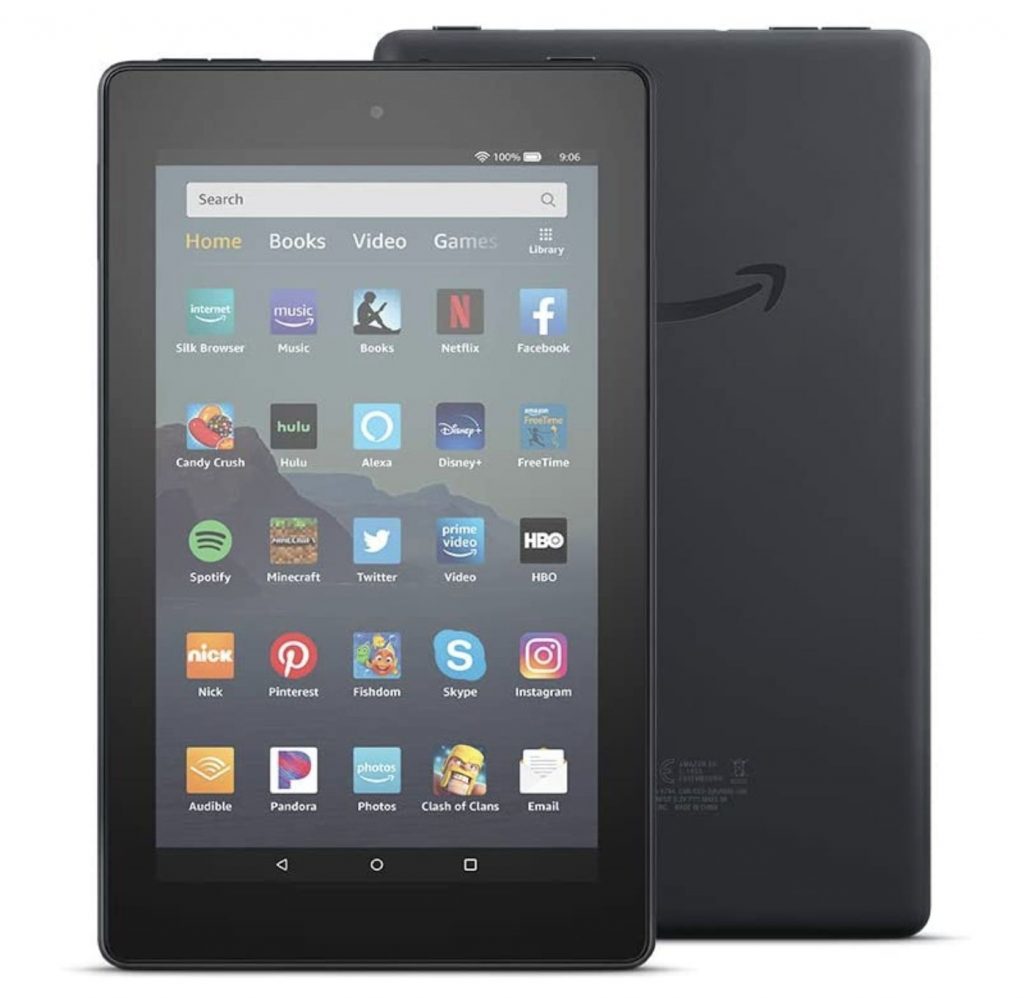 The Amazon Fire 7 tablet is offered in two digital storage capacities (16 GB and 32 GB) and performs several functions that make it the go-to device for hand-held digital entertainment.

It boasts up to seven hours of reading, browsing the web, watching videos and listening to music. It also features a 1.3 GHz quad-core processor that makes performing these tasks a smooth and uninterrupted experience.

For added convenience and customization, this device also allows users to add up to 512 GB of additional storage via a microSD card — an option that is not available with Apple tablets. 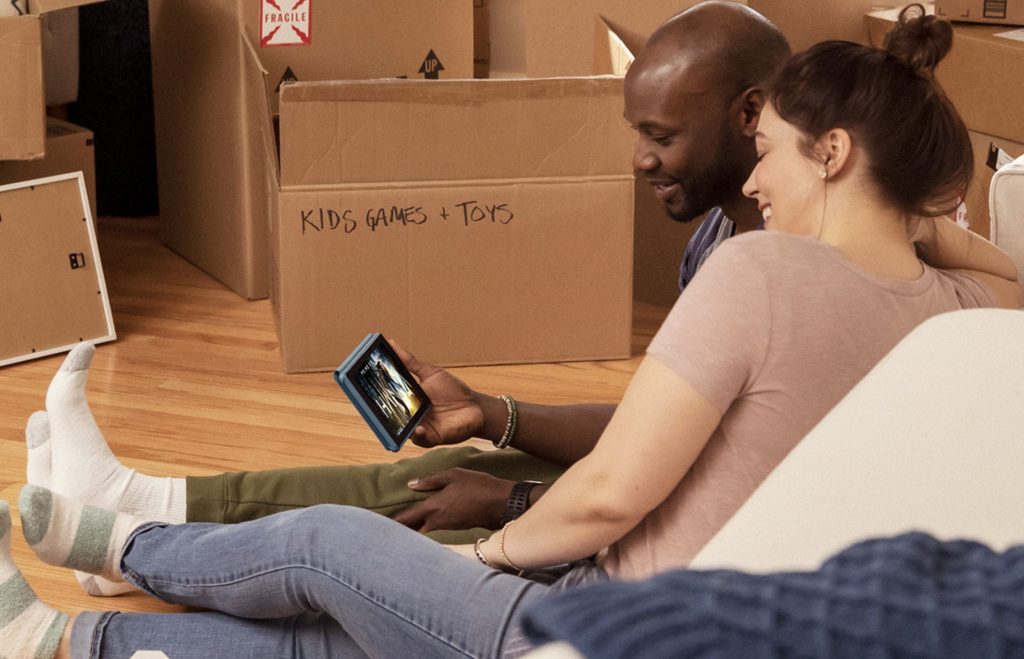 Making it the go-to pick for all your photo needs, the gadget features built-in 2-megapixel front and rear-facing cameras with 720p HD video recording capabilities.

Also, if standard black isn't your cup of tea, you can choose from three additional colors (plum, sage and twilight blue) to have your device perfectly match your personal aesthetic and style.

Shoppers also love that the device allows them to stream and download thousands of videos from some of the top streaming platforms available, including Prime Video, Netflix, Hulu, Starz, Disney Plus, Showtime and several more. More than 570,000 popular apps, including Instagram, Skype and Spotify, are also available for use on this device. 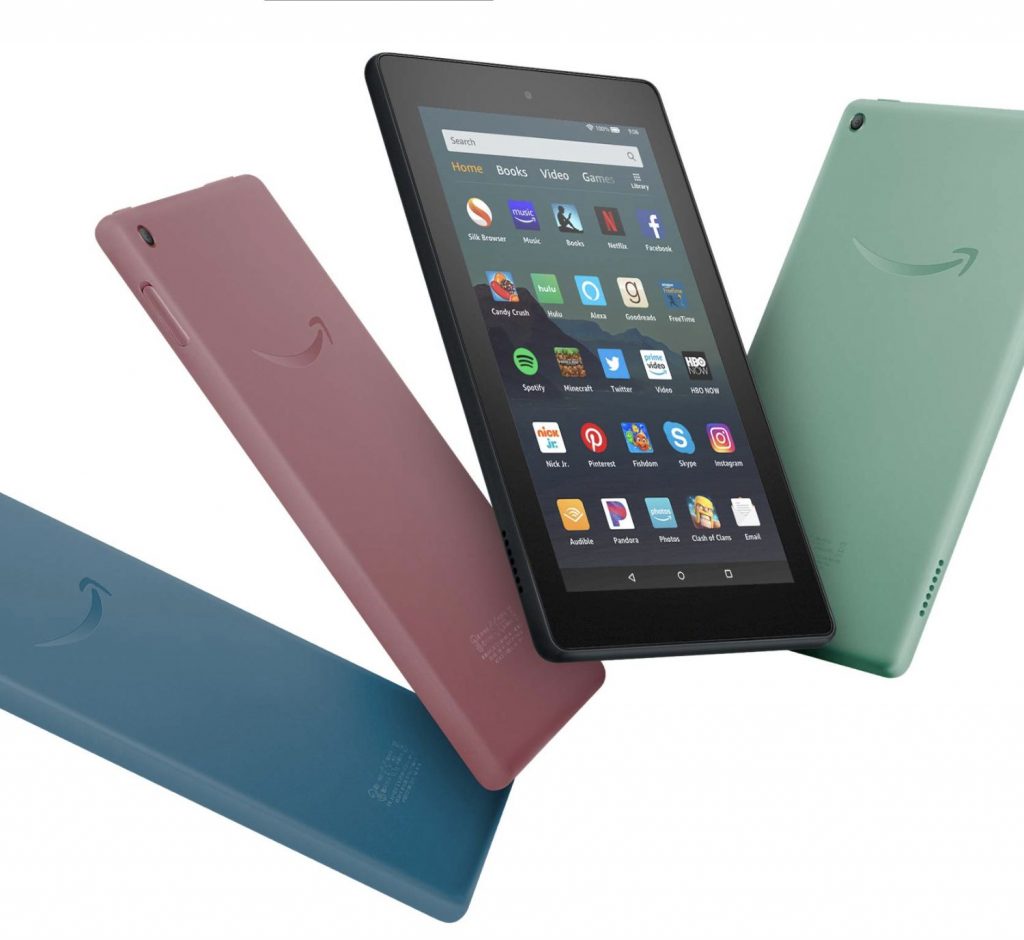 So, what exactly makes this particular product the highest-rated Amazon Fire tablet? With more than 100,000 reviews, shoppers didn't hold back on explaining why.

Thousands pointed out that the device particularly delivers when it came to value for money, screen quality, ease of use and touchscreen user-friendliness.

"It's the perfect size and fits perfectly in my hands," one shopper wrote. "I would recommend this to anyone looking for a smaller, affordable tablet that they can use for video, reading, etc."

Shoppers who own iPads even admitted that the Amazon Fire 7 reigns supreme as their "go-to tablet."

"I have other sized Fire tablets (8-inch) and a new iPad, plus the new Kindle Paper White, but the Fire 7 is my go-to tablet," one reviewer wrote. "These new tablets are so much better, my wife wants one, and I will be buying them for my kids."

The same reviewer also noted that he uses the tablet to control his lights, set off alarms and ask basic questions, thanks to its seamless Alexa integration.

One gripe shoppers pointed out, however, is that they wish "the charging port and headphone jack were at the bottom" of the tablet to avoid visible cords being seen while streaming content or listening to music. However, this was not marked as a deal-breaker for shoppers.

This deal currently does not appear to have a specific ending date, so shop while supplies last!

If you enjoyed this story, check out these 6 affordable tablet alternatives to the iPad — starting at just $50.

More from In The Know:

The post Amazon’s highest-rated Fire tablet is on sale for just $40 appeared first on In The Know.

Pep about the Super League: We can't lose the national leagues. To create a super-Premier League, you need to reduce the number of participants
Derby midfielder Ayb has admitted to being depressed. Bellerin and Abraham supported the player
Liverpool scored 21 points less after 19 rounds of the Premier League than in the championship season. Only Chelsea have ever had a bigger difference
El Shaarawy joins Roma on loan. Medical check-up tomorrow
Milner on Liverpool: Self-pity and excuses won't help. YNWA is more important now than ever
Ex-Barca president Gaspar on Setien's compensation: The club has laid out its arguments, the coach has laid out his own. The new president will decide everything, I hope
Koeman after Cornell: You can't miss a penalty twice as a Barca player. This is not serious
Source https://www.aol.com/article/lifestyle/2020/11/30/amazon-fire-tablet-sale/24219008/

I’m a beauty queen and fascinated with Ted Bundy

Why Mitch McConnell Is Filibustering to Protect the Filibuster

"The Simpsons" yet again made eerily accurate predictions

Eleonora Srugo spotted after being accused of relationship with Dale Moss

Are the Olympics still going to happen in 2021? Here’s what we know.

Can Trump’s Pardons be Reversed?

Fugitive extradited to Miami to face charges of kidnapping, torturing doctor with blowtorch

If you like spice, you'll love Truff's pasta sauce

‘Fate: The Winx Saga’ Ending Explained: What’s Next for Bloom?

‘The Sister’ Star Russell Tovey on the Show’s Complex Psychology

Why LGBTQ Americans are seeing the sun again

AOC says she skipped inauguration, in part, because she didn't 'feel safe around other members of Congress'

Wall Street can relax, moderates have the mandate

Apple TV Plus’ Freeloader Problem: 62% of Subscribers Are on Free Offers

The Senate Is Still Arguing Over Who Controls the Senate

SoCal garden nurseries were overwhelmed in 2020. How are they preparing for 2021?

Symone Sanders: What to know about Kamala Harris' chief spokeswoman

Proof of afterlife could net essay writers $1 million in prizes

Will GB News Be the Great Disrupter of Balanced British News, or Great for Britain?

Remote Hawaii County Becomes Last In U.S. To Get The Coronavirus

Schumer, Inhofe say National Guard wasn't booted from 'on high,' but by single officer 'without authority'

Coach Outlet Valentine’s Day collection discounted up to 65% off

Belgium bans leisure travel for a month to combat pandemic

Should $1400 Stimulus Checks Only Go To Those Who Get Coronavirus Vaccination?

Women’s bubble hockey: NWHL season will be a 2-week sprint

'Until Everyone Is Safe, No One Is Safe': Africa Awaits The COVID-19 Vaccine

Buttigieg: It Is ‘Very Important’ Trump Impeachment Trial Remain Bipartisan in the Senate