Australian authorities investigating a disturbing report that a group of female passengers on a recent Qatar Airways flight to Sydney were removed from the plane before takeoff and subjected to an invasive search after a newborn baby was found abandoned in a Qatar airport.

The women, including 13 Australians, were forced to receive medical examinations at Hamad International Airport on Oct. 2 after their flight to Sydney was delayed, the Associated Press reports. According to The Guardian, the women were ordered to exit the plane and subjected to a “strip search” in an ambulance parked on the tarmac, apparently after the premature baby was found in the Doha airport. 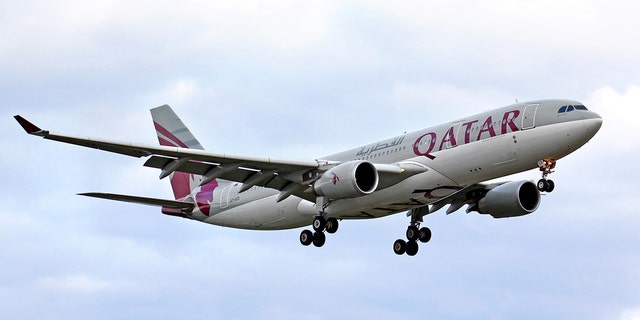 Authorities investigating a disturbing report that a group of female passengers on a recent Qatar Airways flight were removed from the plane before takeoff and subjected to an invasive search. (iStock)

Australian Foreign Minister Marine Payne slammed the “offensive” incident as "grossly disturbing" and said it has since been reported to federal police.

“This is a grossly, grossly disturbing, offensive, concerning set of events,” Payne said at a Monday press conference. “It's not something that I've ever heard of occurring in my life, in any context. We have made our views very clear to the Qatari authorities on this matter.” 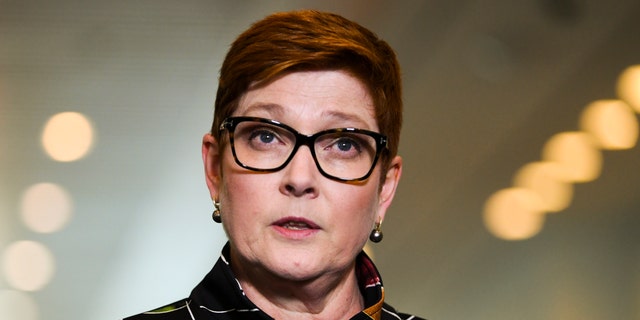 Australian Foreign Minister Marine Payne, pictured, slammed the “offensive” incident as "grossly disturbing" and said it has since been reported to federal police. (Lukas Coch/AAP Image via AP)

Now, Australian officials are awaiting word from the Qatari government before determining next steps, Payne said.

As of now, the unidentified baby remains in the care of medical and social workers, the Associated Press reports.

Dr. Wolfgang Babeck was among the 34 passengers aboard flight 908 and attested that the carrier instructed all women on board to deplane, the Guardian reports. Most of the women were in shock when they returned, he said.

“When the women came back, many of them or probably all of them were upset. One of them was in tears, a younger woman, and people couldn’t believe what had happened,” Babeck said. “They told me they had to take their underwear off or their clothes from the bottom and then it was inspected whether they had given birth.”

The passenger alleged that the airline offered no explanation for the three-plus hour delay or explained why the women were ordered to leave the plane in the first place. Babeck said that the examinations were conducted by a woman.

A spokesperson for Qatar Airways did not immediately return Fox News’ request for comment.

The Associated Press reports that sex outside of marriage is a criminal act in Qatar, like much of the Middle East. In the past, female migrant workers have hidden pregnancies and tried to travel abroad to give birth, while others have annonymusly abandoned their babies to to avoid prison.

Kane on BLM: We have to get down on one knee. Education is the main thing we can do
Rennes - French Krasnodar. The owner (8 times richer than Galitsky) invested in his hometown and after a transfer failure created a successful Academy
The DFB wants Klopp to be Germany's coach at Euro 2024. Lev will stay at the world Cup if he reaches the semi-finals of Euro 2020
Alaba wants to earn 15 million euros a year. Juventus, PSG and Chelsea are Interested in him
Bayern want to sign Midfielders Gladbach Neuhaus and Zakaria next season
Kane missed Tottenham's training session. His participation in the game with Arsenal is possible
Vincent Kompany: Stop comparing me to Guardiola. I didn't say that Anderlecht will become Manchester City
Source https://www.foxnews.com/travel/australian-police-women-strip-searched-qatar-airport-report

How an outsider novelist nailed "The System" of crime and punishment in South L.A.

Why the U.K. Approved the Pfizer Covid Vaccine First

Biden transition team races to foil McConnell, staff as many positions as possible by Day One

Review: Shawn Mendes returns with a gooey and amorous album

Who will get the Covid-19 vaccine first? A CDC advisory panel just weighed in.

The company that literally started Silicon Valley is moving to Texas

White House Covid-19 task force: We are in a dangerous place

3 unique gifts to give your bestie this holiday

Diego Maradona Loved Basketball. Its Stars Loved Him, Too.

Mark Kelly to be sworn in as Democratic senator from Arizona

Pfizer vaccine gains emergency approval in UK, doses on their way for distribution next week

800,000 doses of Pfizer COVID-19 vaccine on the way to nursing home residents in UK

UN chief: Humanity is waging a 'suicidal' war on nature

US official says Israel was behind assassination of Iranian scientist

Spotify looks back at music choices of 2020 with 'Wrapped'

US stocks struggle after setting records

Celebrate Hanukkah this year with these sweet decorations

In a Fox News interview, Parscale blames Trump’s lack of coronavirus empathy for his election loss.

Trump hints at 2024 run, may announce on Inauguration Day