The BCCI and the Emirates Cricket Board have signed a Memorandum of Understanding to help further cricketing ties. 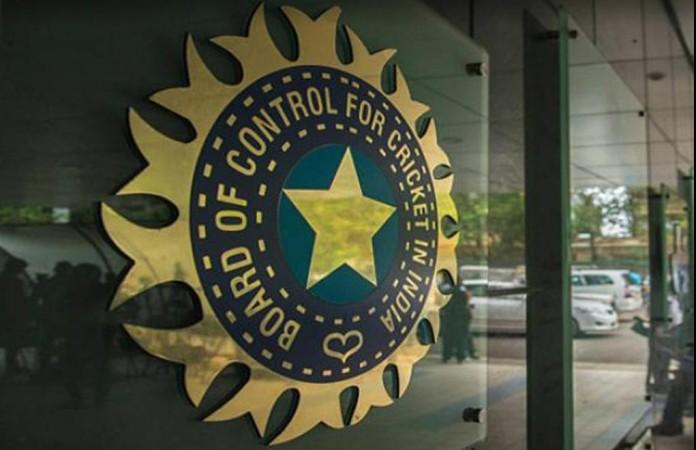 The Board of Control for Cricket in India (BCCI) and the Emirates Cricket Board have signed an MoU and hosting agreement to boost cricketing ties between the two countries.

BCCI on MoU with Emirates Cricket Board

"I along with Vice Chairman of Emirates Cricket Board Khalid Al Zarooni signed an MoU & hosting agreement between BCCI and Emirates Cricket to boost the cricketing ties between our countries," BCCI Secretary Jay Shah said in a tweet on Saturday.

BCCI President Sourav Ganguly and Treasurer Arun Dhumal were present on the occasion, he added.

The United Arab Emirates (UAE) is hosting the 13th edition of the Indian Premier League (IPL) which begins on Saturday evening with a blockbuster clash between defending champions Mumbai Indians and Chennai Super Kings.

The tournament, slated to be held till November 10, will be played across three venues in Abu Dhabi, Dubai and Sharjah behind closed doors due to the ongoing Covid-19 pandemic.

While Dubai will host 24 games, 20 matches will be played in Abu Dhabi and 12 in Sharjah during the league stage. The dates and venues for the playoffs are yet to be announced.

Barcelona - the first team to score for two 17-year-old players in a Champions League match
Atalanta's development has reached a crucial point: the club will soon turn into either Napoli or Roma. Miranchuk - a symbol of change
Sharonov joined the coaching staff of Cyprus Paphos
Yuran headed Khabarovsk SKA
Brugge forward Dennis on goal for Zenit: I said that I only score grandees, but it was a joke
PSG defender Kimpembe Pro 1:2 with Manchester United: We can only blame ourselves
Lopetegui Pro 0:0 with Chelsea: Sevilla showed a good team game
Source https://www.ibtimes.co.in/bcci-emirates-cricket-board-sign-mou-boost-cricketing-ties-828314

Why Are Straight Guys Suddenly Calling Themselves “Boi”?

Fact-check: No, Indian tricolour was not waved during PAK's Karachi rally against Imran Khan govt

People in U.S. Territories Can’t Vote in This Election—but Here’s What They Have to Tell the Next President

The world's best hotel bars (and what to drink there)

The legal doctrine that could sway the election

Robert Downey, Mark Ruffalo and others shield Chris Pratt after being called 'worst Chris' in Hollywood

'All You Want Is To Be Believed': Sick With COVID-19 And Facing Racial Bias In The ER

The Final Biden-Trump Debate Is Thursday. Here's What You Need To Know

At the U.S. Olympic and Paralympic Museum, All Athletes Are Equal

Worried About Covid-19 in the Winter? Alaska Provides a Cautionary Tale

Placing Women on a Different Sort of Pedestal

As Tropical Spots Reopen, Here’s What You Need to Know

‘I Came From Nothing’: An Undocumented Writer Defies the Odds

The Police Can Probably Break Into Your iPhone

How Nick Saban Made It to Alabama's Kickoff on Saturday

Plastic recycling in South Korea was already in crisis. The pandemic is pushing it to the brink

It’s Still Worth Panicking About the Election

How much capital should you raise in your next investment round?

UK government borrowing rises to record due to pandemic

Epsilon has strengthened to a hurricane and is moving toward Bermuda

Biden braces for Trump's attacks on Hunter at debate

Why Jaime Harrison won’t say a bad word about Trump

Opinion | Actually, Americans Do Want to Wear Masks to Vote

Trump’s broadsides against science put GOP governors in a bind

Canada readies to rumble with a President Biden

How the pandemic is forging a new consensus on globalization

5 keys to eating during the home office

Before you get a flu shot, get good sleep to increase its effectiveness, experts say

EU to UK on Brexit talks: ‘You can’t have cake, eat it too’

Report: Exhibits damaged at Berlin museums, unclear by whom

They once knew which lines not to cross. But Arab journalists say the lines are expanding

Epsilon Strengthens Into A Hurricane As It Approaches Bermuda

Former NHL player apologizes to media: ‘Sorry if I was a douche’

Kim Kardashian West at 40: Looking back at a style evolution

Hillary Clinton Shares Chilling Warning From 4 Years Ago: 'Speech For Everything'

Dascha Polanco Meditates, Laughs and Has an Orgasm Every Day

Reports Emerge of Protesters Shot by Nigerian Soldiers in Lagos