A man in Bengaluru called the Chief Justice's office of the Karnataka High Court earlier posing as Vice President Venkaiah Naidu's secretary. After an initial probe into the matter, the man has now been booked for cheating. 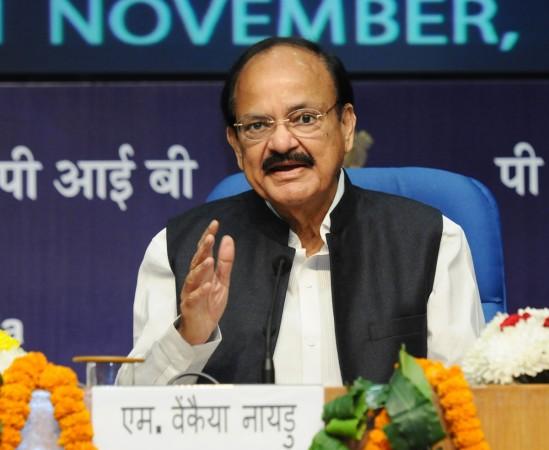 A man claiming to be Vice President Venkaiah Naidu's secretary called the Chief Justice of Karnataka in relation to a criminal case a few months back. Following an initial probe, the man from Bengaluru was booked for cheating over the weekend.

Cheating cases are not uncommon. It's more a question of how far can one go without getting caught. In May 2020 the Karnataka High Court in Bengaluru almost became victim to a trap by an imposter.

According to a report by TOI, the Karnataka High Court vigilance office was made aware of a particular case where someone pretending to be the secretary of the Vice President of India Venkaiah Naidu tried to contact the Chief Justice of Karnataka Abhay Shreeniwas Oka.

The CJ's personal secretary Jayakumar had received a call on May 20th at 12:15 pm from a man on the landline. The man claimed to be IV Subbarao, VP Venkaiaha Naidu's secretary asking to speak to the chief justice regarding a criminal case and provided three contact numbers to reach him on. The case was in connection to a friend of Venkaiah Naidu's son.

It was when the chief justice's personal secretary reached out to the Vice President's office and found that IV Subbarao hadn't made the call that the vigilance office was notified. Following a probe directed by the chief justice, it was uncovered that a man named Sujan from Bengaluru had made the call.

A complaint has been filed with the Central police station on July 10th and the culprit will be booked under various sections of the Technology act and IPC sections 511 (attempting to commit offences punishable) and 419 (cheating by impersonation) among others.

England will remove players who intentionally cough at opponents and referees
Manchester City showed a new away form
The Icelandic national team presented their home uniforms for the 2020/21 season
In 1999, Arsenal beat Sheffield in the Cup, but Wenger offered to replay the match – because Kanu violated fair play
Milan and Napoli are Interested in Godfrey. Norwich wants 30 million euros for the defender
Wenger named the Champions League favourites: Manchester City and PSG
Manchester United are preparing an official offer for Sancho. Borussia demands 120 million euros
Source https://www.ibtimes.co.in/bengaluru-fraudster-poses-vp-venkaiah-naidus-secretary-calls-chief-justice-aide-booked-824370

Bo Derek reflects on giving back to American veterans: ‘There’s just so much we don’t do for our heroes’

Taking a Spear Into the Sea, and Washing Anxiety Away

'We Always Knew What It Stood For': Small Texas Town Torn Over Its Confederate Statue

These Conservatives Have a Laser Focus: ‘Owning the Libs’

A Hospital Forgot to Bill Her Coronavirus Test. It Cost Her $1,980.

Cheap ways to dehumidify your house during the summer months

Liz Peek: Biden's VP choice – this is why he's dithering

Marlins end isolation in Philly and leave for Baltimore

Strength training with free weights: How to reboot your workout routine