The teenager identifies as female but was born an assigned male. 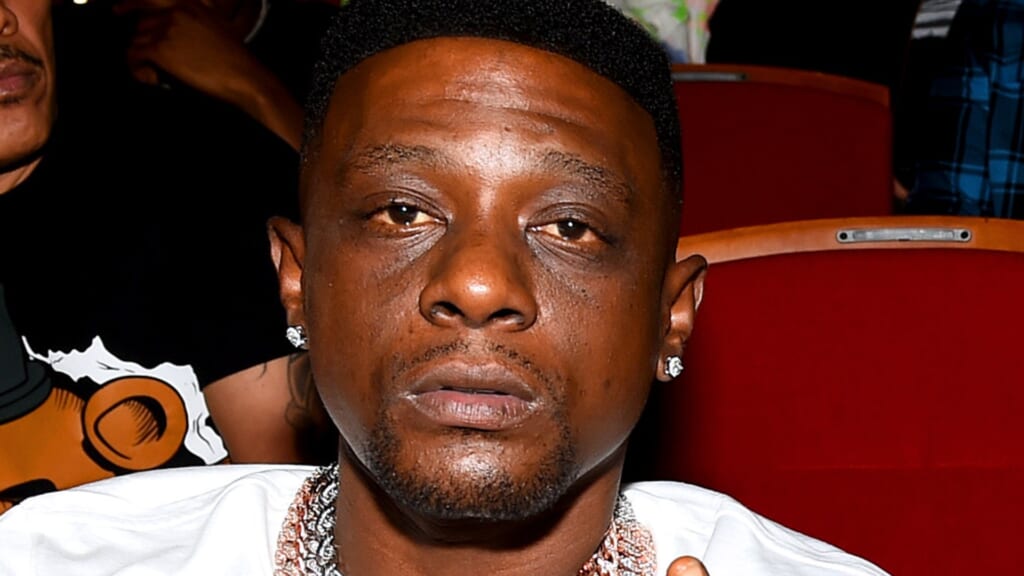 Boosie Badazz (above), shown at last year’s BET Hip-Hop Awards, had something to say when Dwyane Wade and Gabrielle Union began discussing their child’s transexuality earlier this year. (Photo by Marcus Ingram/Getty Images for BET)

As Wade, his wife Gabrielle Union and Zaya began to publicly discuss the transition earlier this year, Boosie was one celebrity who expressed disdain.

On Saturday’s podcast, Tyson asked him, “Why do you say things about people who might be homosexual? Why did you say that about them? Do you feel there’s a possibility that you’re a homosexual and by disrespecting them, it furthers yourself from being a homosexual? I’m thinking you may like homosexuals.”

Boosie responded that he is “as straight as an arrow.”

Tyson reassured the “Wipe Me Down” rapper that he was not trying to call him gay but asked why he offends gays.

“I really commented on the Dwyane Wade situation because I got offended because it’s a child,” Boosie said. “That’s really why I got offended.”

To Tyson, Boosie asserted, if Zaya “was a motherf**king 19-year-old, 18-year-old, grown person, I probably wouldn’t have, I know I wouldn’t have said anything. I just felt like … that’s a child. A child at 12 can’t make that decision.”

“That’s just how I feel,” he continued, “and certain things I talk about. I just felt like that was going too far. You calling him a ‘her,’ that’s going too far. At 12 years old.”

When asked by Tyson if he thinks it’s appropriate to tell someone else how to raise their children, the Louisiana rapper replied, “Not really. But when I feel you’re wrong, you’re wrong. People have told me how to parent my children when I was wrong.”

“I agree with you 100%, me, I agree with you, right?” the retired legendary boxer offered. “But check this out: Who the f**k am I to say anything? What I think don’t mean a motherf**king thing.”

During the episode, Boosie again apologized to Wade and Zaya.

Pirlo about 2:1 with Ferencvaros: I expected more, but it was a difficult game against a closed opponent
Napoli has not paid salaries since July. The club plans to pay off its debts in December (RAI)
Schalke terminated the contract with Ibisevic and suspended Bentaleb and Harit
Bielsa, flick, Klopp, Lopetegui and Zidane are the contenders for the best coach of the year award
Messi, Ronaldo, Lewandowski, Ramos, de Bruyne and 4 Liverpool players are among the contenders for the best
Zlatan about getting the Swedish Golden ball: I Plan to win it in 50 years
Anton Ferdinand was racially abused in comments to a post about a documentary about racism and Terry
Source https://thegrio.com/2020/10/26/boosie-badazz-zaya-wade/

Asian American unemployment is surging during the pandemic

The 9 most gorgeous dishes to serve on Thanksgiving, according to designers

With just 7 COVID-19 deaths in Taiwan, even huge events are back in business

Praise from your boss can actually hold you back. Here’s how to make sure it doesn’t

The Bachelorette's Tayshia and Ivan Just Had the Best, Realest Date Ever