Tamika Palmer, the mother of Breonna Taylor, has filed documents to have a new independent prosecutor appointed to her daughter’s case.

TMZ is reporting that Palmer is asking the Kentucky Prosecutors Advisory Council to begin the steps to “restore the confidence in the grand jury process.” 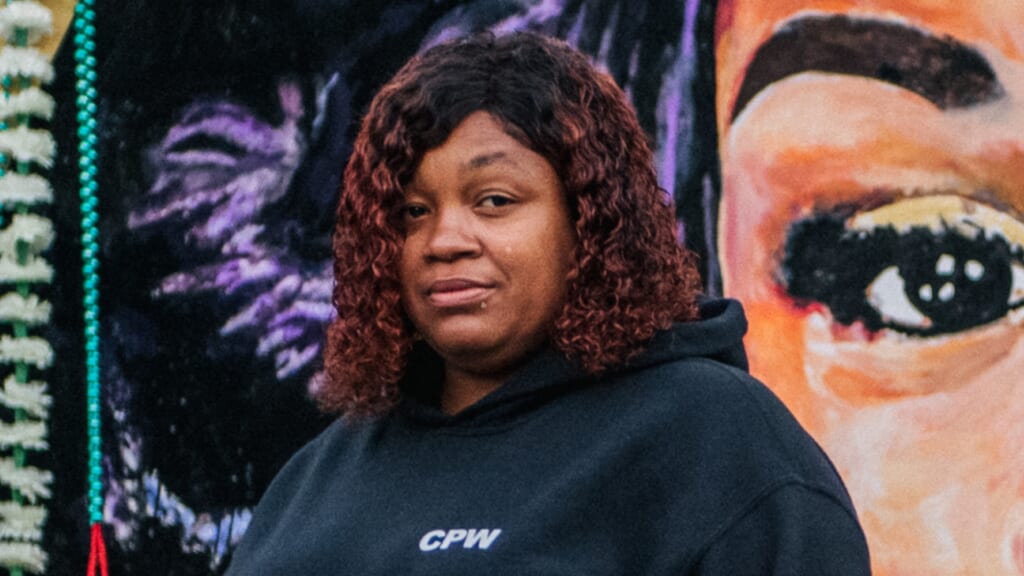 Tamika Palmer, the mother of Breonna Taylor, is shown in front of a mural of her daughter in Louisville, Kentucky’s Jefferson Square Park. Taylor was fatally shot by Louisville Metro Police officers in her apartment in March. (Photo by Brandon Bell/Getty Images)

A grand jury did not indict any of the three officers involved with shooting Taylor. Former Louisville Metropolitan Police Officer Brett Hankison was charged with wanton endangerment for firing bullets into a neighboring apartment. Neither Detective Myles Cosgrove nor Officer Jonathan Mattingly faced any consequences for their actions.

Two jurors involved in the proceedings filed a lawsuit to be able to talk publicly about them.

Read More: Black girls more likely to be arrested than the police who murdered Breonna Taylor

Speaking recently with Gayle King on CBS This Morning, the two grand jurors – identified only as No. 1 and No. 2 – were asked to share their assessment of law enforcement’s “behavior and actions” on the night of March 13.

They characterized the police officers’ actions the night of the raid as “criminal” and “negligent.”

Kentucky Attorney General Daniel Cameron took over the case in May as a special prosecutor. However, the grand jurors also pushed back against Cameron, saying he never gave them the opportunity to consider homicide charges against the officers.

The shooting of the 26-year-old EMT has become a clarion call for police reform around the country. Since her death, Taylor’s image has appeared on the cover of O Magazine and Vanity Fair.

Several cities and states have introduced legislation to outlaw no-knock warrants, an instrumental factor in the ill-fated raid that Louisville police executed on Taylor’s apartment.

Hers is a name that won’t be forgotten any time soon.

Earlier this week, in a scene-stealing appearance at the 2020 BET Hip Hop Awards, Teyana Taylor and Erykah Badu joined H.E.R. and Brandy for a cypher in which H.E.R., referenced Palmer’s daughter, further cementing the young woman’s place in history. H.E.R. rapped: “Say a prayer / Breonna Taylor seemed intentional / Black queens with dreams / Beautiful, exceptional / Say you wanna be down, but still ain’t arrest them, though.”

Pirlo about 2:1 with Ferencvaros: I expected more, but it was a difficult game against a closed opponent
Napoli has not paid salaries since July. The club plans to pay off its debts in December (RAI)
Schalke terminated the contract with Ibisevic and suspended Bentaleb and Harit
Bielsa, flick, Klopp, Lopetegui and Zidane are the contenders for the best coach of the year award
Messi, Ronaldo, Lewandowski, Ramos, de Bruyne and 4 Liverpool players are among the contenders for the best
Zlatan about getting the Swedish Golden ball: I Plan to win it in 50 years
Anton Ferdinand was racially abused in comments to a post about a documentary about racism and Terry
Source https://thegrio.com/2020/10/29/palmer-taylor-grand-jury/

Milder-than-average Thanksgiving week temperatures for much of the US

Dow 30,000: How the market rally defied a pandemic

Barack Obama to be honored next month by PEN America

With US in COVID-19 panic, Sen. Perdue saw stock opportunity

Iran diplomat on trial over plot to bomb opponents in France

Black Friday 2020: How to avoid getting scammed

Is the Stock Market Open on Thanksgiving and Black Friday 2020?

Which Debt Is ‘Good Debt’ and Which Is ‘Bad Debt’?

Immigrant advocates to Biden: Be better than Obama