A federal court in the San Francisco Bay Area ruled an evangelical church does not contribute to a city's goals of a vibrant and fun atmosphere, and therefore can be excluded from operating in downtown Salinas, Calif.

The New Harvest Christian Fellowship, a church that rented space along Salinas' Main Street for more than 25 years, purchased a building on that same street in 2018.

The church intended to use the first floor as a worship center, but the city intervened.

The church, represented by the Pacific Justice Institute (PJI), argued the city’s treatment was unfair under the federal Religious Land Use and Institutionalized Persons Act, allowing theaters and entertainment venues, as well as nursing homes and post offices.

On May 29, however, the court sided with the city, saying the church generates limited interest. It does not draw tourists, the court said, and therefore detracts from the city’s goals of "vibrancy" as well as a “street of fun,” U.S. Magistrate Judge Susan van Keulen of the U.S. District Court for the Northern District of California wrote. 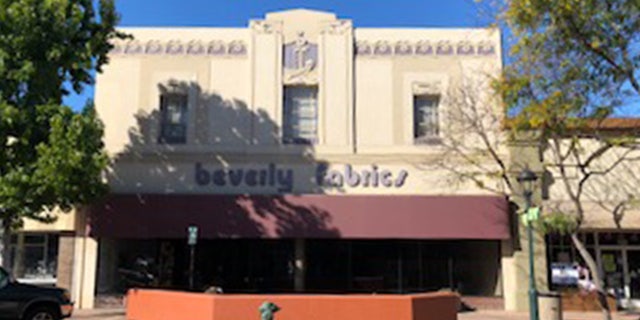 New Harvest Christian Fellowship purchased the Beverly Fabrics building in downtown Salinas but was not able to host worship services due to city zoning regulations. (Courtesy of Pacific Justice Institute)

BLIND WOMAN BANNED FROM PARK FOR 2 YEARS FOR SHARING JESUS

After the ruling, Kevin Snider, PJI’s chief counsel who is the lead attorney in this case, said in a statement to Fox News that Salinas "deems churches as less deserving of equal treatment under the law than the live children’s theatre, two cinemas, and event center" downtown.

“Since the lower court’s decision, ironically downtown Salinas has experienced a lively pedestrian street scene in the form of protests,” Snider added. “Those types of assemblies may not be the fun City officials were hoping for to replace churches.”

In 2010, PJI won a similar case against the city of San Leandro brought by Faith Fellowship Church that carried a $2.3 million payout by the city, Monterey County Weekly reports.

The city of Salinas did not immediately return request for comment.

Ole Gunnar Solskjaer: no One wins alone, unless you're Maradona
Ocampos on Messi: you Look at him as a God, but he is real. Leo helps the players
Solskjaer on the martial-Rashford-Greenwood trio: Nothing new for Manchester United. Remember Ronaldo, Rooney and Tevez?
Josep Bartomeu: Barcelona have won La Liga 8 times in 11 years. Historic achievement
Lineker on the CAS decision on Manchester City: it's Hard to know what will happen to the FFP rules after this
Holand's busy holidays: first I sawed trees with my father, then I had a fight with a security guard at a night club
Tebas on Manchester City's participation in European competitions: CAS does not meet the arbitration standards
Source https://www.foxnews.com/us/california-city-church-lawsuit-salinas

It's harder to get a credit card: 'Issuers have really tightened up'

Clarks is offering 40 percent off on hundreds of sandals, flats and more for a limited time

Ghislaine Maxwell reportedly under investigation in US Virgin Islands

Don’t Stop at Statues. Demand a Reconsideration of Place Names Too

How Old is Andy in ‘The Old Guard’?

The latest on the coronavirus pandemic

Fire Continues To Burn Aboard The USS Bonhomme Richard

Abbreviated Pundit Roundup: Trump and Republican governors can run but they can't hide

Rise of the 5-Hour Workday: The Shift from "Hours" to "Output"

How Building a Black Hawk Relates to Running a Startup

Gingrich calls out Biden: He knows Trump has 'winning message,' so he's stealing it

I Was a Counterrorism Chief. Trump Knew What Russia Was Doing.

What Is Peacock TV And Is It Worth It?

Instagram model claims she already ‘got invited to the NBA bubble’

Flynn could reprise Trump campaign role, as he fights to clear legal cloud

Atalanta hosts Brescia with both teams united by tragedy

Still not sure about hitting the raw bar for your seafood fix? Here’s how to do it from home

Millennials and boomers: Pandemic pain, by the generation

Packers' Aaron Rodgers wonders whether there will be a 2020 season

Banning middle seat on planes could cut coronavirus risk on flights almost in half: MIT report

US Set for First Federal Execution in 17 Years

1-Year-Old Is Shot and Killed at Brooklyn Cookout

Chipotle is testing cauliflower rice in some US restaurants